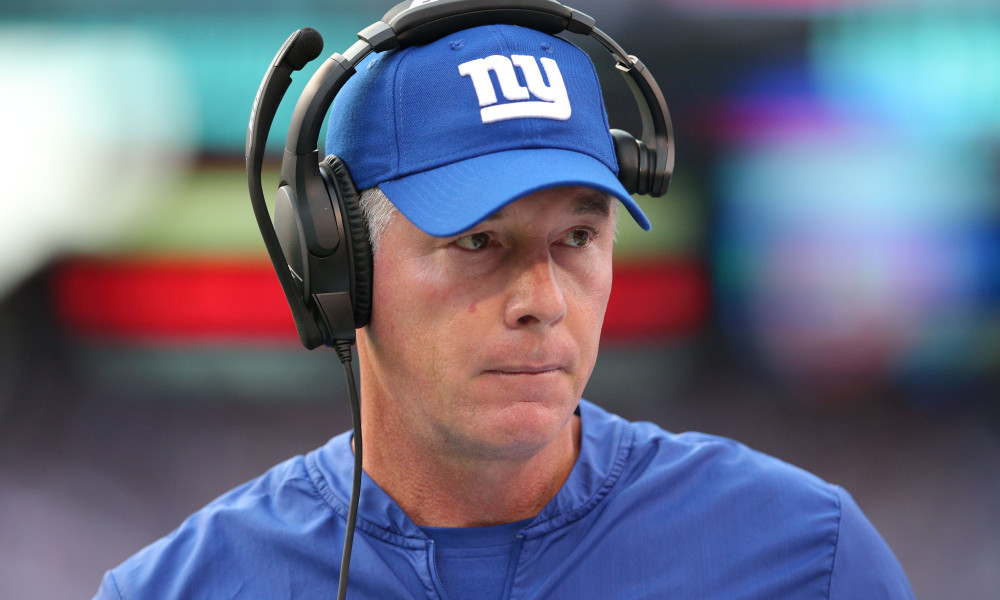 Saying a 5-11 team isn’t far from the Super Bowl is insane, especially when one of its holes is at quarterback. But the New York Giants have scaffolding in place that could set them up for contention immediately.

Heading into Super Bowl week, the Los Angeles Rams and New England Patriots have set the scene for what is required in an elite team. Looking at the teams heading for the top of the NFL Draft, it is easy to think they are years away from reaching the Rams’ and Patriots’ heights. However, that doesn’t seem so. Specifically with the New York Giants, they don’t feel as far away as one would assume.

After two horrid years in a row, New York is once again selecting in the top six of the draft. Last year, it was the second overall selection. The team drafted with an eye on immediate contention. That didn’t work out at all in 2018, but it actually helps when considering 2019 and 2020. There were also positives to the way the New York Giants’ season ended. Rather than packing things in after a 1-7 start ruined any chance of playoff contention, the team rallied. That speaks directly to head coach Pat Shurmur and the team coming around to his style and playbook.

Even more interesting was how the offense survived without Odell Beckham down the stretch. With its best player out and the season already in the garbage, the offense scored 40 points for the first time in years. It scored 27 and 35 respectively in the final two games as well. These outcomes didn’t matter as much as what they represented. Shurmur wasn’t a dud. He may not turn into an elite head coach down the line, but his strength was supposed to be formulating an offense. Early returns were not good, and fans weren’t sure whether this was entirely Eli Manning’s fault or some combination of coach and quarterback. Manning never warmed up entirely, but Shurmur did some things to overcome that.

Now imagine what Shurmur can create with a quarterback who is everything Manning isn’t. Manning was never mobile, but he also no longer hangs in the pocket. He doesn’t have a weak arm, but he has grown incredibly inaccurate, even on simple throws. A new quarterback will have growing pains, but he could also possess general talent superior to what Manning is currently able to offer.

Looking back at the Super Bowl teams, there are just a few constants. They each have a difference-making coach. It’s why nearly every new coaching hire this month saw a team try to find the next offensive wizard. Shurmur isn’t on the level of Bill Belichick obviously, and Sean McVay has catapulted into the upper echelon of the sport as well. But there are inklings that Shurmur could create something special if given the right pieces. And the New York Giants certainly have pieces to build around. That is the second thing a championship contender needs: pieces who create matchup problems for defenses. Whether it’s Rob Gronkowski, Brandin Cooks, or Todd Gurley, or all the peerless men who fell just short in New Orleans and Kansas City, standard defensive schemes won’t contain the best players in the sport. New York happens to already have two of those guys.

While defense remains important, its impact has been lessened. The Patriots couldn’t stop Kansas City in the fourth quarter of the AFC championship. They won because they never allowed the Chiefs to get the ball in overtime. Los Angeles didn’t break but sure bent an awful lot on the NFC side. If not for a blown call, the Rams wouldn’t have even had a chance to tie the game and force overtime. But besides offensive scheming and play-making, special teams also play a major role. In that regard, it doesn’t hurt that the Giants have unearthed a Pro Bowl kicker, found a punter, and developed a solid kick return team.

Saying a 5-11 team isn’t far from the Super Bowl is insane, especially when one of its holes is at quarterback. This isn’t to dismiss that issue. That is a major issue. But the New York Giants, specifically, have scaffolding in place that could set them up for contention sooner rather than later. There aren’t that many factors that separate the elite in this league from the cellar. It is a rosy way to look at the team, but it’s also plausible, if not probable. All we need is a quarterback!