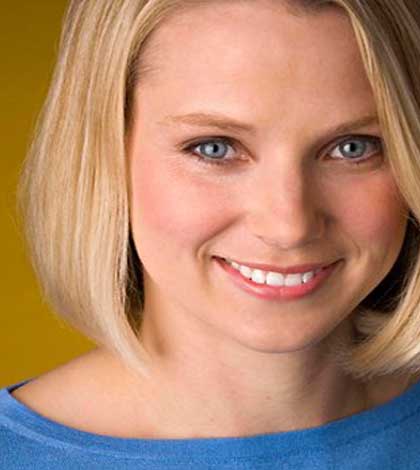 Yahoo’s new CEO Marissa Mayer is back at work and already hard at it.  She’s one of the most powerful women in the tech sector.  Yahoo swept her away from Google. (She’s a former Google executive.)  Now Marissa has taken another high executive from Google — one of their VP’s, Henrique De Castro.  Marissa has made him COO (Chief Operating Officer) of Yahoo.

She’s creating a new team to challenge her old employer.  Mr. De Castro was VP of Google’s advertising and mobile division. That’s exactly the executive Marissa is looking for if she intends to grow Yahoo’s advertising to new heights. According to the New York Times, Yahoo was “the biggest seller of display ads in the United States.”  Today, Yahoo ranks third to Google and Facebook.

Yahoo is paying for it. Literally. They’ve given De Castro quite a package– $600,000 base salary and $36 million in stock. Half as a golden handcuff and the other half if he performs well.  No pressure Mr. De Castro, that’s just $36 million to live up to.

Henrique De Castro is expected to start after the 1st of the year.  Who will Google replace him with?