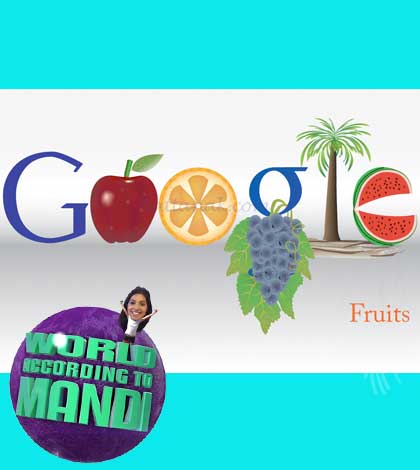 I got Google gossip for you! Rumor has it that the company is a pretty rad place to work. They’re trying to make Apple jealous, I know it. Did you know Google’s New York City office has one of the best office cafeterias in the country? Wanna know why? Of course you do! Free food! You heard me. They serve free food 24/7. Hot damn that’s amazing!

Some insider info for you, at Google they have Krispy Crème cheeseburgers and they’re exactly what you think! A cheeseburger between two Krispy Crème donuts! Oh man, if that’s not a heart attack waiting to happen then I don’t know what it is. And it’s free. Just knowing they actually serve this within their walls killed any desire I had to step foot inside their cafeteria… until NOW!

Free food, awesome. Healthy free food, totally awesome! You know me, I want the healthy stuff. And let’s face it, when French fries are free every day people don’t have the will power to say no. If it were me, I’d just have one or two. You don’t have to eat them all, people. That’s hard work though. You have to train yourself to think and act like that. Leave it to Google to help out!

Google has our back. Their chief exec noticed that new employees in the NY office were gaining up to fifteen pounds. Fifteen pounds! That’s ridiculous. I’d rather decline the free food than gain the weight. So what does Google do? Revamp their cafeteria, that’s what. Bring on the healthy stuff! They changed the layout, placing the salad bar up front since most people load up on the first items they see. Now they load up on veggies! Then they color coded food items according to how healthy they are and reduced the plate size and take-out container size to encourage their employees to eat less. We all know portions are often huge, so thanks Google for a smaller plate!

It’s no secret that Google employees work long hours. Heck, we all do! But they’ve taken ‘lunch’ to a new level and I’m totally jealous. Keep up the good work Google. Keep the free food a flowing and the healthy options revolving!