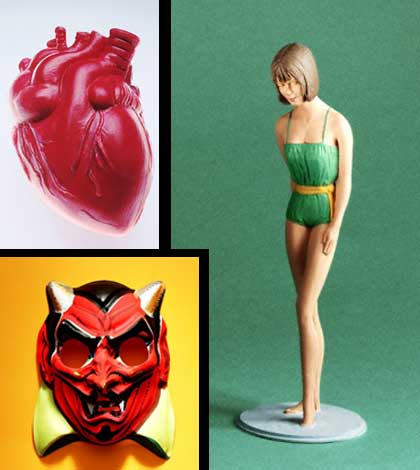 Manti Te’o isn’t the first, or last human to find him or herself susceptible to the illogical nature of attraction and desire. When it comes to affairs of the heart, logic and rational thinking can elude the best of us… especially when our fantasy is fueled by another’s declaration of romantic interest.

There are two essential rules for successful online dating:

1. If the person looks and seems too good to be true, they’re probably “fake.”

I recently heard a woman recount her own experiences with an “amazing guy” she’d met online. Her handsome pilot/international real estate investor wooed her through daily emails and phone conversations. Before each date a dramatic, unexpected “problem” occurred.

After several failed attempts to meet in person, her frustration level reached its max. When her “amazing man” cancelled yet again, needing to “stay at home all day to oversee contractors,” she drove to the town in which he lived. Calling him from a local supermarket she said, “Since you can’t come to me, I’ve come to you!” He freaked. She realized she’d fallen for a fake online sweetheart.

I’ve been online before and met some terrific men. One man especially piqued my interest. He was a fellow writer. Adam had a Ph.D. in English Literature from Princeton. His photos revealed a handsome, blonde man with engaging eyes. His emails were warm, witty and flattering.

He quickly set up our first date at a hip, upscale bar. His texts confirmed our date, time and address. I sat prominently placed at the bar and waited. No Adam arrived.

Why did this happen? My womanizing guy friend was certain my date had looked in the window and found me unappealing. A gay friend told me, “Princeton boys are flakes. Only date Harvard men.” My girlfriend told me I should have texted Adam throughout the day to reconfirm his attendance.

The automatic assumptions of my dear friends left me feeling that it was “my fault.” I wasn’t pretty enough. I erred in partner selection. I dropped the ball.

The next day, something didn’t feel right. I did a reverse search on “Adam’s” phone number. The man with whom I’d been speaking wasn’t Adam the writer from Princeton who lived in Chelsea. He was a 62 year-old set designer named Gerald who lived in the West Village and worked at an Off-Off Broadway theatre.

Coincidently, another friend of mine had recently met a man online that looked and sounded way too good to be true. After hearing my story she goggled his “image.” The photos belonged to a Russian model named Serge who lived in Moscow. Not Thomas, the Upper East Side banker with a home in Southampton. Her online sweetheart was also a fake.

You can lie on the Internet. But you cannot hide. For $9.99 anyone can get access to your full name, address, age and place of employment. For $39.99 marriage and criminal records can be found.

Today’s technology allows for the creation of fake online sweethearts. Gladly, it also allows for their true identities to be revealed. That is… if you really want to know.