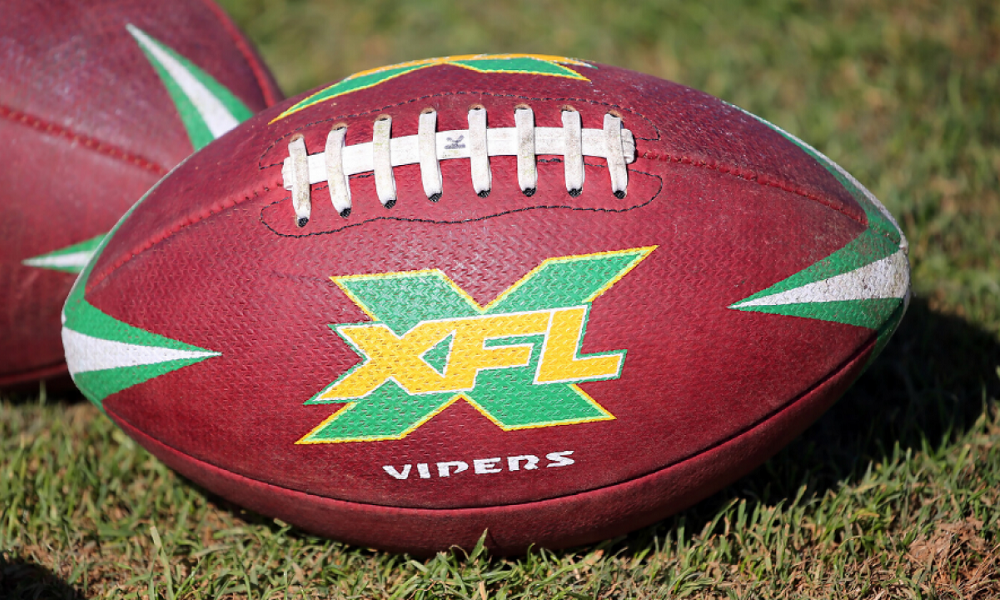 Without question, the relaunch of the XFL is headed in the right direction. Unlike the first iteration, I can’t wait to watch more of the XFL 2020. Its got me hook, line and sinker.

If you aren’t old enough to remember the first iteration of the XFL, then you didn’t have any preconceived notions or skepticism about the XFL 2020. You entered week one free of bias about what you were going to watch. I certainly had my own doubts and plenty of bias. But after the first successful weekend of the new XFL, the majority of that doubt can be tabled. Check out our live debate in the 3 Man Booth as we go all-in on the XFL. The only comparison to the past is in name alone.

Right before kickoff of week one on Saturday afternoon, ESPN comes on the air with their usual opening intros, graphics and hype. Unlike 2001 where we saw Vince McMahon and the Rock on the field hyping the crowd, the next shot was of Steve Levy and Greg McElroy, two well known broadcasters about to call the very first game of the new XFL. Ironically, the Rock was hyping the Super Bowl this year. But it was all football as the XFL 2020 got underway.

Everything about the opening few moments of the broadcast felt like a completely different vibe. It brought true legitimacy to the product on the field. This was something sorely lacking the first time around. The XFL was being presented as a real sporting event, not the carnival/sideshow that it was compared to the last time. We all know Vince McMahon is the mastermind. But anyone who doesn’t would never know this was the same guy that owns WWE, because it was never brought up.

The XFL 2020 is branded with the tagline “For The Love of Football.” Its a place for first, second and possibly even third chances. We have some familiar names like Cardell Jones, Landry Jones, Antonio Callaway and Christine Michael who all had some NFL experience. This is now their chance to get rediscovered as legitimate football players with the hope they can maybe get one more shot at the NFL. There was one player doing an interview who had 3 MCL surgeries and a broken collarbone throughout his career. He was asked why he would ever want to play football again. His answer, “Because I love Football.”

We got a chance to see the new rules right off the bat and they worked wonderfully. The new kickoff alignment prevents anyone other than the kicker and receiver to move until the ball is caught. I don’t know who is taking credit for this, but they should be proud of themselves. With the emphasis on players’ safety, this new take on the kickoff will also lead to more exciting returns. It will no longer be a complete waste of time like it is in the NFL.

Also on BuzzChomp: Cannabis inspired gifts with everything but herb

My favorite rule change, and the one I predict the NFL will adopt in the future, is the point(s) after touchdown. With the option to go for 1, 2 or 3 points, this makes a comeback for trailing teams more of a possibility. It also creates more exciting end of game decisions. We all agree that the PAT in the NFL is as close to certain as you can get. Yes, it was moved back a few yards which has resulted in more misses. But overall they are still pretty automatic. Where is the drama in that?

The access that the XLF provides to the viewer on TV is both innovative and revolutionary. Unfortunately, there is NO CHANCE the NFL will allow such improvements. Conversations between coaches and players, as well as between referees and the replay officials are made public for the viewing audience. This is such a cool aspect, but the negative to this is that people in the stadium do not have this same access over the PA system. The knock on sports in general is that the experience at home is becoming way more entertaining than being there live. The XFL certainly caters to the TV audience.

With different scoring options and scoring combinations, we are going to start seeing scores that we are not used to in football. Gone are scores that are only combinations of 3’s and 7’s, which brings up one of the more important aspects of the XFL. They openly acknowledge that gambling exists. Not only are the announcers encouraged to talk about it, but the line and over/under are there onscreen. This is currently something that no other league would dream of doing.

I was disappointed that we didn’t get to see the double forward pass or the new overtime rules. We have that to look forward to later in the season, and I’m excited to keep watching. Most of us had low expectations going into the opening weekend. Past failures have a way of poisoning things at first. But this new XLF has come out the other side, leaving me pleasantly surprised. The play on the field supported the product and its way ahead of where the AAF was this time last year.

Attendance at the stadiums and initial TV ratings support this positive vibe. We must temper expectations, because ratings have tanked in the past. Will the same excitement and intrigue continue into week 2 and beyond? The XFL is poised to face this challenge and continue to succeed. I will admit they got me. I’m coming back for week two and more.