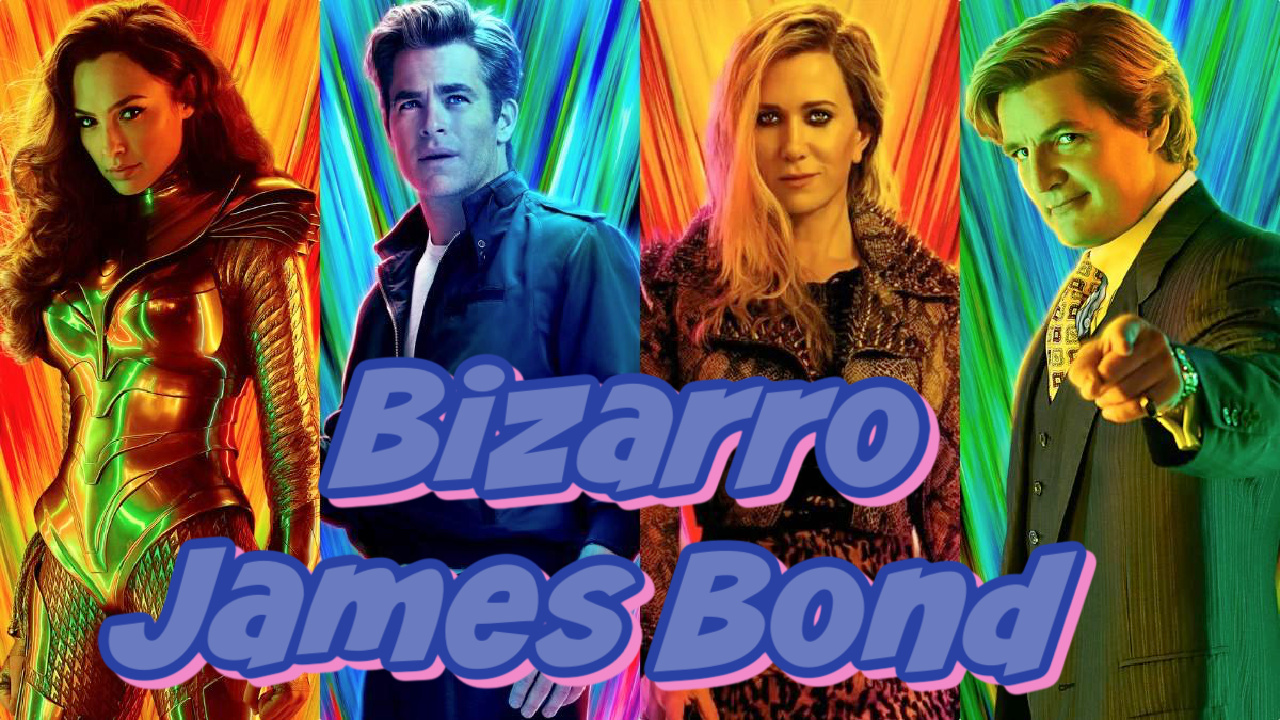 Wonder Woman 1984 is a bizarro James Bond film. The film paces itself funny and it adds to the offbeat nature of this super hero action film. For our review I didn’t dislike the film it just wasn’t exactly what I expected.

Wonder Woman 1984 dropped on Christmas Day and currently is available on to stream on HBO Max. Let’s just say that this is a bizarro James Bond film. That’s what our short video review hangs on and what this more in-depth review is about.

The weird part about the film is that it’s basically 3 parts. The first about 15 minutes is more origin of Diana. It shows the games that honor one of their warriors who sacrificed herself for them. I love the intro. We learned more about Diana and her people.

Then the second part of the film is the longest part. It’s basically about the monkeys paw. Diana’s colleague, Barbara (played by Kristen Wigg) gets this stone that is said to give you what you desire most. A con-artist oil guy named Maxwell Lord (played by Pablo Pascal) wants the stone and ends up becoming it.

This second part is the really the bizarro James bond part. Diana wishes for Steve to come back so this part is a love story too. Barbara becomes like Diana and Maxwell struggles with the pull of the stone and the desire to keep what they have.

Our villain Maxwell is only really a half villain. He is driven by his own vanity and not a drive to harm others like so many other super hero villain’s. You could say though that he’s a 2020 villain because he’s so self consumed that he does not care that his own selfish actions are killing/hurting so many other people.

The big thing here for me is that this film is almost 2.5 hours. My 3.5 year old who is always glued to the first Wonder Woman, which clocks in at 2 hours and 20 minutes. Wonder Woman 1984 is far too long especially with this bizarro James Bond style. During the long middle of the story there is barely any action and the story slowly progresses.

No more over 2 hours action/Superhero popcorn flicks. Deal? It leaves these films missing what has always driven me to watch. Wonder Woman 1984 could have been so much better! What did you think of this film?