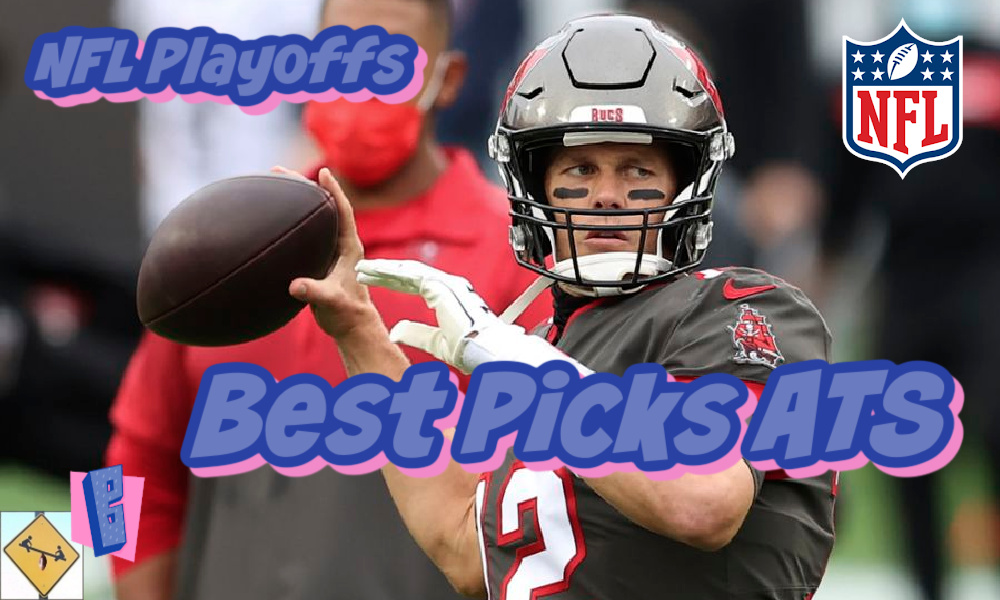 Our winning regular season makes the NFL Playoffs 2021 hot wagers. Dan and Todd have your best picks against the spread (ATS) for the Wild Card round. Four teams worth wagering your house… just don’t bet that much.

This will be the busiest wildcard weekend in NFL history. With an expanded playoff field for the NFL Playoffs 2021, there will be three games from each conference and just two total teams waiting on bye to see who wins. The schedule is hardly balanced though. All three AFC games look like great matchups, while all three NFC games look like potential stinkers.

The best game from the latter would be Los Angeles at Seattle, except the Seahawks are in an offensive tailspin, and LA is so banged up that the team that plays may hardly resemble this roster’s full potential. Let’s hope the AFC at least delivers some beauties this weekend. Our spreads are also hot, meaning our picks are solid winners. These are your Best Picks Against the Spread (ATS) for the Wild Card Round of the NFL 2021 playoffs. All lines come via Odds Shark, which compiles the complete list of Vegas Sports Book betting lines.

It would seem like a layup pick to bet against the Football Team, being a 7-9 division winner with just three wins all year outside of the NFC East. And, yes, I think it is. Washington isn’t very good; Tampa Bay is. Washington doesn’t even have the advantage of momentum pushing it into the playoffs. This squad lost two of its final three games and just squeaked by a Philadelphia team that was actively trying to lose in Week 17. The defense is pretty good but essentially as good as its opponent’s. And TB is also hot, winning four straight entering the postseason. The Buccaneers didn’t lose to a single below-.500 team the entire year. It’s only a matter of covering 8.5 in this contest, and Washington isn’t the type of offense that will generate a bunch of big plays late to cover.

This is a rematch of the huge upset from last year’s divisional round. The Titans are at home this time around, but for some reason, they are still underdogs. No matter; take the points. Tennessee feels like the superior club.

The two teams faced off earlier this season, with Tennessee coming out on top. What Baltimore does best, the Titans do just as well. The two squads are first and second in the NFL in rushing yards and yards per carry, and are second and third in rushing touchdowns. Tennessee, meanwhile, has a far superior passing attack and the number one turnover differential in the NFL. Baltimore would have to win the day with defense, which it’s certainly capable of, but few defenses are slowing down Tennessee these days. It scored at least 30 points in six of its final seven games of the season.

Wildcard weekend is certainly tricky business, but thankfully there are two bad NFC teams worth betting against in the NFL Playoffs 2021. Chicago is not a good football team and has had the quarterback drama to prove it. The Saints will be fired up and ready to take Drew Brees all the way on what would be his NFL swan song. I’m not sure New Orleans can win a Super Bowl, because the competition is fiercer than ever, but they can certainly humiliate the lowly Bears. Normally 10 points is too many to give up in the playoffs, but on a Saturday afternoon with the home team Saints we can rest easy. Just because you make the playoffs, doesn’t mean you deserve to be there.

Forget last week when the Browns handled Pittsburgh, because those Steelers were resting nearly everyone in preparation for this week’s matchup. Also forget how Cleveland nearly played itself out of the postseason, because that was not the Browns team we’ve grown to love this year. Pittsburgh and Cleveland are evenly matched teams with opposing strengths. The Steelers throw well, so long as Big Ben’s arm holds up. The Browns run the ball very well, so long as they actually call running plays. Defense likely goes to Cleveland, but the Browns are on the road. If that makes things a wash, then take the points. Cleveland is getting six, more than enough to cover.