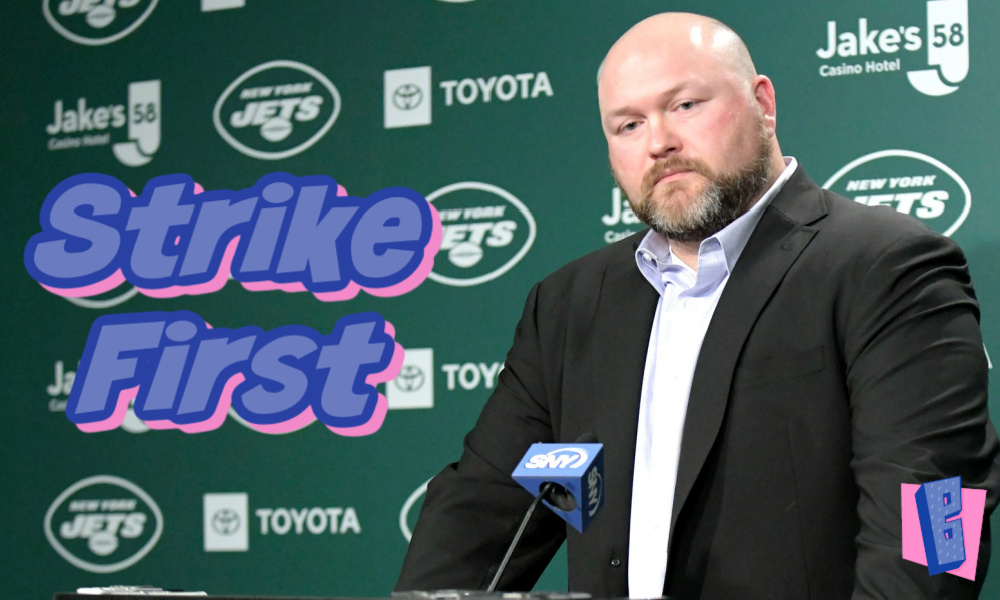 Give them an offer they can’t refuse and be first. The New York Jets lack the assets of their coaching carousel competition, meaning they must strike first.

The New York Jets are once again boarding the NFL coaching carousel, joining a growing list of teams in need of a leader and potential winner. New York is currently joined by the Jaguars, Chargers, Lions, Falcons and Texans, but several more teams will likely join them before a Super Bowl champion is crowned for the 2020 season. Last time the Jets failed. This time they must strike first and go big or stay home.

Two years ago the Jets sought out an offensive-minded head coach with NFL experience. They doubled down on the whole experience on offense angle, received biased opinions from former players (ahem Peyton Manning), fell deeply in love and even allowed their new Boo to hire a few friends. Adam Gase began his New York Jets’ career with a look for the ages at his introductory press conference. It was indicative of the two year debacle. But how exactly did the Jets end up with Gase? They were too patient and too concerned with NFL experience.

Five other NFL teams are currently competing with New York for a new coach. Three of them have established veteran quarterbacks (Matthew Stafford, Deshaun Watson, and Matt Ryan) with Pro Bowl resumes. One has a rookie phenom (the Chargers) and the other (Jacksonville) has the number one overall pick in the 2021 NFL Draft. Where does this leave the Jets? They hold the second overall pick and have a young quarterback with some potential remaining. Say it with me: “If you aren’t first, you’re last.”

The Jets can woo a talented coach and should still go after someone with offensive acumen. Experience at the NFL level and as a head coach is overrated, however. New York is building from the trenches and owns a ton of draft picks. Their 2020 rookies showed promise and poise amid a calamity of a season, plus Sam Darnold is broken but not totaled. The defense has real talent as well and its my opinion that Joe Douglas is doing a good job of rebuilding, even if that meant scrapping this past season for the future.

Adam Gase did one thing right, which was getting his friend Joe Douglas hired as general manager. I like Joe’s first draft class and how they’ve developed to this point. Health has been an issue, but that often falls on the coaching and conditioning standards set by the staff. Now Douglas must follow suit and get his hands dirty in the current coaching search. He has shown tremendous patience regarding contract negotiations and personnel decisions, but now is the time to do the opposite. Strike first and throw as much money as necessary at “your guy.”

Also on BuzzChomp: Top 5 Moments of The Mandalorian Season 2

If New York does not make the first coaching hire of the offseason, then I’m truly afraid of who they end up with. They may have a better overall team of talent, maybe, but the Jets’ quarterback situation is the worst of the bunch. Sure, they can draft or trade for one before the 2021 season, but the new coach needs to be allowed to pick his or her quarterback. Give them the power and get them here immediately. With sunny Los Angeles and Justin Herbert available, New York has to offer what the Chargers won’t. They also must avoid hiring someone who was just fired. Please do not repeat that mistake again.

I still love the New York Jets, but its time this team made a really good decision. Drafting Sam Darnold felt like one at the time, but he’s been injury prone and fell off the roller coaster one too many times. He can still be salvaged, if not on the field then via trade. But its the head coach that makes all the difference in the world. New York’s new coach won’t have to mold their scheme to anyone, but can get players that fit. This is a win-win situation, so long as the Jets give them an offer that no one can refuse. Its now or never and we already know what never feels like.