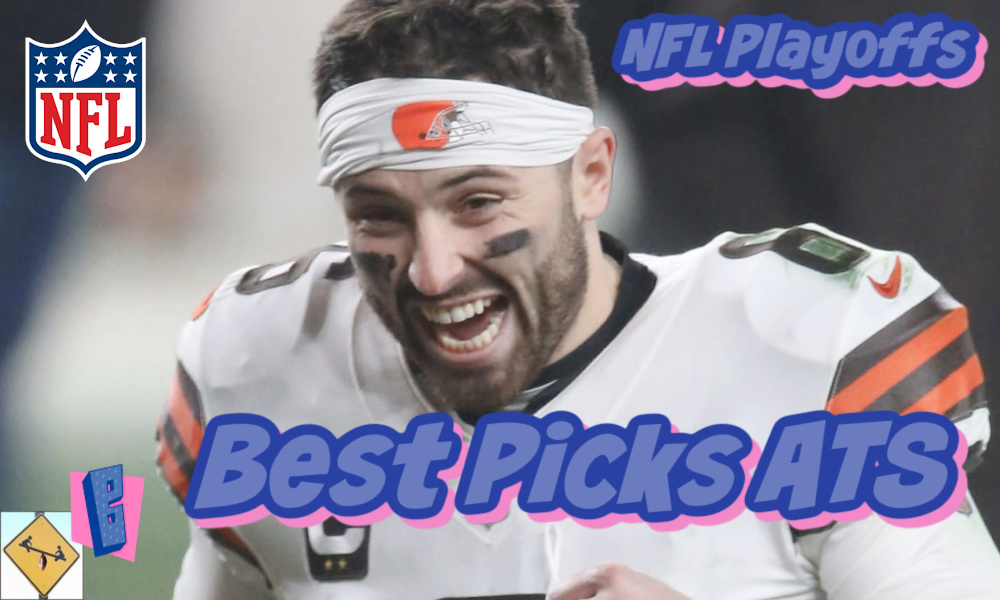 Round one of the NFL Playoffs 2021 goes to Dan, but the Division Round is where the real money lives. Dan and Todd have your best picks against the spread (ATS). Four teams worth wagering your house… just don’t bet that much.

We continue to see the irrelevance of home-field advantage materialize in the NFL playoffs 2021. During the regular season, home teams won half the time, meaning the site of a game didn’t matter in the least. This makes sense, with no fans and all, but would it continue in the playoffs? There should be some benefit to preparing and playing on your home turf. In round one, not so much. Home teams went 2-4 straight up and 1-5 against the spread (depending on when you bought Washington. At +8, you salvaged a push; the rest of us weren’t so lucky).

In hindsight, it is easier to pick out two home teams who were really struggling the second half of the year (Seattle and Pittsburgh), as well as the overmatched Football Team. But that hardly explains the road domination. Let’s see if it continues in the divisional round. These are your Best Picks Against the Spread (ATS) for the Division Round of the NFL 2021 playoffs. All lines come via Odds Shark, which compiles the complete list of Vegas Sports Book betting lines.

The Los Angeles defense is elite, perhaps the best in the league going right now. But if you don’t gift them points, can the Rams really stay with Green Bay? Seattle turned the ball over twice last round, including giving up a pick-six. The Seahawks were also sacked five times and, on the other end, couldn’t stop the run even though that’s all the LAR offense was capable of. Cam Akers faced 8+ defenders in the box 50 percent of his carries yet averaged 4.7 yards per carry and had the best weekend of any runner.

Aaron Rodgers is one of the best at avoiding sacks and, obviously, turnovers. So this cover will come down to the Packers stopping the run when they know LA is going to run. I’m not saying it’s a given, but it sure seems simple when spelled out like this. And if GB grabs a lead, it will force the Rams to pass to keep pace, where it falls on the shoulders of Jared Goff and his repaired, bulky thumb.

After everything I said to open, I’m going with two home teams this weekend. I don’t feel great about this pick, but New Orleans, statistically, seems like the superior club. For a while, Tampa Bay had what some folks thought was the best defense in the league. By the time the season was over, New Orleans was better on that side of the ball. The Saints finished fourth in opponent yards per play, third in points per play allowed, and fifth in opponent third down conversion. They were elite.

Tampa had the big-time passing attack, but N.O. kept pace. The two finished seventh and 10th respectively in yards per attempt through the air. Tom Brady and Drew Brees were in a dead heat in completion percentage over expected. The interesting thing with the Bucs is that they defeated teams they were supposed to beat…and did little else. They are 10-0 against teams that finished under .500 (including Washington in the wildcard round) and are just 1-4 against winning teams, including two losses to this New Orleans club. And before you toss out how hard it is to beat a team three times in one season, that’s actually not true.

We see this game quite differently, which makes this pick all the more fun. Tom Brady in the playoffs with his self-created chip on his shoulder is a scary opponent for any team. Tampa Bay is coming off a hard fought victory on the road, while New Orleans cruised to an easy home victory. Brees can’t throw deep any longer, while Brady seems to do whatever he likes. Both teams have solid defenses and supporting running games that compliment their passing attacks. This is a toss up on paper, with Brady getting the slight playoff edge over Brees. What do you do when two teams appear so even? You take the points, so I’m grabbing a field goal with the Buccaneers.

I’m doubling down on the road teams in the NFL Playoffs 2021 division round. Cleveland is getting way too many points for a team that just humiliated Pittsburgh on the road. I nearly picked Los Angeles, because they too are getting a lot of points, but it scares me more to pick against Green Bay. Betting on the Browns nets you a 10 point lead and Cleveland has a high scoring offense and solid running game. They also play excellent defense, meaning they can slow down and keep pace with Kansas City. This is still the Chiefs game to lose, but ten points is more than enough to cover. Grab another road team and roll with the Browns.