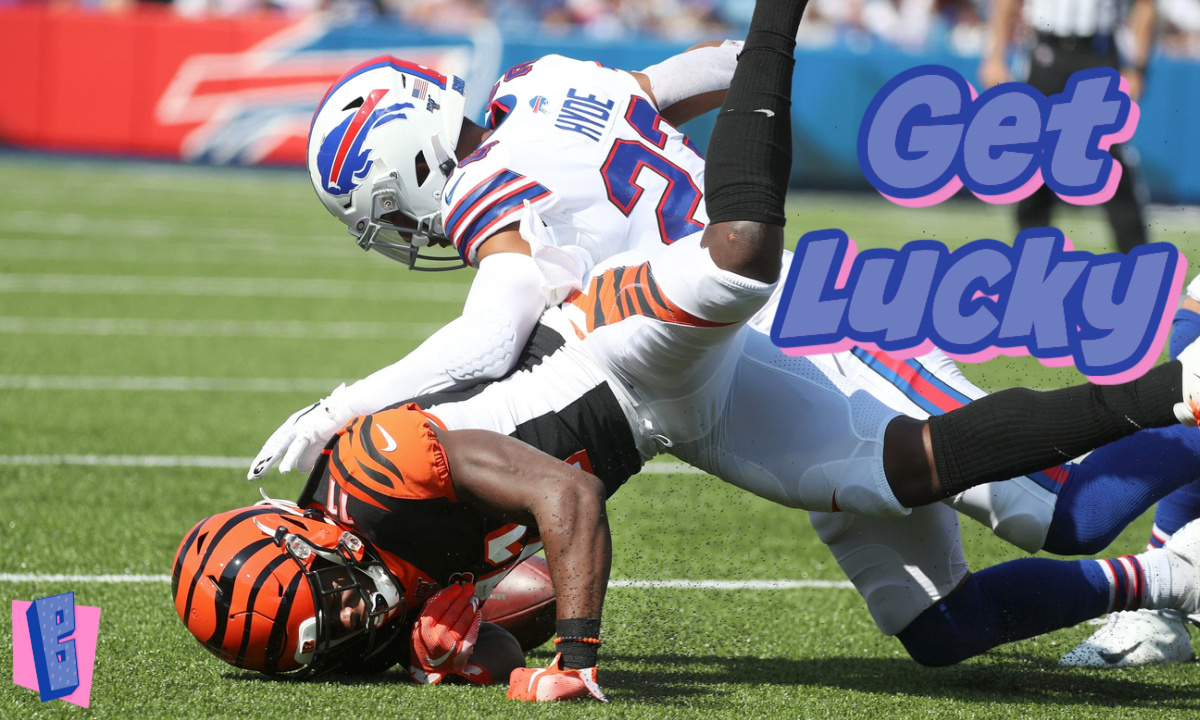 Favorites struggled last round. Will their luck run out in the NFL Divisional Playoffs? Division matchups tell lies, but luck is evaporating quickly.

Close finishes were the story of the wildcard round. The Giants and Vikings went back and forth for an entire game. Los Angeles Chargered so hard that they pushed Jacksonville into the second round. More importantly, though, was the showing of some of our top contenders against inferior opponents. Close finishes they should not have had, and yet, here we are. An NFL Divisional Playoffs full of question marks.

Where are we on the confidence scale when it comes to two of the heaviest of hitters who struggled to put away backup quarterback-led opponents who were written off? We’re talking about Buffalo and Cincinnati, both Super Bowl contenders.

Let’s start with Buffalo. The Bills got off to a 17-0 start and then forgot how to play. Josh Allen had another bad game. If not for Miami’s own shortcomings, missteps, and gaffes, the Bills would have been knocked out against Skylar Thompson and Jeff Wilson. That’s bad.

We know the Bills don’t have the best offensive line in the league, but this was something else. Allen struggled to perform under pressure. Obviously, a lot of things could be different in hindsight, but it seems like a fair conclusion to draw that even mediocre quarterback play from Miami would have pushed the Dolphins into the divisional round. Buffalo advances none the less.

Likewise, in Cincinnati, the Bengals struggled to put away a Ravens attack led by Tyler Huntley. This is also bad. There was not much offense to go around in this game, which is just how Baltimore wanted things to play out. If not for one of the biggest plays in postseason history, it likely would have been enough to vanquish the highly favored Bengals. They too advance and someone’s luck is going to run out fast.

Now in the NFL Divisional Playoffs, because you can’t write this stuff, Buffalo faces Cincinnati. Does either team have any confidence right now? Should either team be feeling good? Not to get too far ahead of ourselves for a variety of reasons, but Kansas City must be giggling with joy.

I think Buffalo is more worried and feeling less confident between the two. Allen has secretly had a pretty suspect season for someone in the MVP conversation at points. The Bills have a lot of weight on their shoulders between sky-high expectations and the history of this franchise and fanbase. This was supposed to be their year. It still might be, but they will have to right the ship. If you want to say that sliding past Miami was righting the ship, I’d listen to the argument. Not sure I agree.

As for Cincinnati, the defense played well, and they will enter as underdogs in Buffalo. That is something to take a bit of weight off. We have also seen this offense have up-and-down spurts throughout, even against worse defenses than Baltimore. Buffalo is no pushover on that side of the ball, but a bounce back from the Bengals offense is certainly plausible.

Part of the NFL shtick is unpredictable results. Both Buffalo and Cincinnati actually avoided that and grabbed wins. Is that part of being a champion? I…guess, though that feels kind of reactive. You know what would have made me think either squad was more on the way to being a champion? Putting the foot down and taking care of teams who were not at full strength in the worst way.

The problem with evaluating our favorites who struggled heading into the NFL Divisional Playoffs is that they played rivalry games against divisional opponents. I abhor divisional matchups in the NFL Playoffs. It ruins everything and truly muddies the water. We are getting them in droves now, because of the expanded wildcard round. Seattle versus San Francisco, Buffalo versus Miami, and Cincinnati versus Baltimore never should happen in the playoffs. Now we get New York versus Philadelphia in the NFL Divisional Playoffs. Good for the Giants. Bad for the Eagles.

Divisional opponents know one another better than any other team. They’ve already played twice during the regular season and have a long history that is a huge mental factor in the game itself. Seattle was only down one point at halftime against the 49ers. The Dolphins forced Buffalo to make a ton of mistakes and nearly won. Baltimore forced the Bengals into playing their game and nearly won. None of the favorites who got tripped up by division rivals can be judged by what happened. If anyone was going to do it, it was going to be a division rival.

Cincinnati is fine and San Francisco is of course fine too. Buffalo will be fine enough, but the extent to which they turned the ball over has me concerned. That said, I picked the Bengals to return to the Super Bowl, so this is playing out on script. Speaking of script, what transpired is EXACTLY what I would have scripted, if I was writing the NFL postseason story. Even Dallas cruised to a victory, ensuring America’s team sticks around for another playoff game.

Jacksonville should be worried, because they only played one good half of football at best. The Chiefs will eat them alive in the NFL Divisional Playoffs. The Jaguars don’t have house money like the Giants do right now. New York is the only team that’s loose, has zero expectations, and gets a division rival whom they know well. Our teams with actual momentum, Dallas and San Francisco, will face each other in another well scripted matchup that has us 90’s kids giddy with nostalgia. We also get the Bills versus Bengals game that was lost due to injury. Perhaps you can’t write this stuff, or perhaps you can. Either way, momentum is meaningless and the teams with the shortest memories will play the best in round number two. Anyone in the mood for Chiefs vs. Bengals and Cowboys vs. Giants?