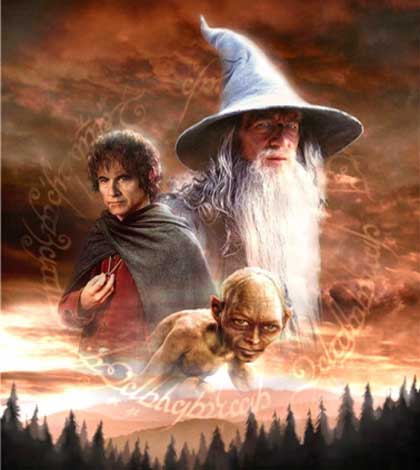 In 2001 The Lord of the Rings trilogy debuted to both massive critical and commercial success, winning numerous Academy Awards, raking in millions at the box office, and validating the lives of nerds the world round.

Now a decade later, the prequel series The Hobbit is set to debut. Its story will provide the history for what has become arguably the most respected film trilogy of all time.

However, what most of the viewing public does not know is that Peter Jackson will be using a new filming process never before shown in theaters. He is doubling the frame rate for each of his films: something your eyes have never quite seen.

The general 24 FPS (frames per second) cameras are being replaced by ones that capture 48 FPS. This in turn will require theaters to modify their projectors.

What does this do? In laymen’s terms: it creates a substantially smoother picture.

Film cameras take 24 photographs per second. And since 1/24 of a second isn’t particularly long, the human eye fills in the gaps. Your brain creates a seamless motion between these frames. The more pictures, the more fluid. Thus, old Charlie Chaplin films, filmed with 12 frames per second, look considerably more jerky today compared to, say, Avatar. The process resembles the cartoon flip books you played with as a child (and then later as an adult when no one was watching). What are essentially individual pictures of Pop-Eye committing assault and battery against Bluto are now turned into a choppy but still coherent animation.

Jackson is simply inserting twice as many pictures into that book.

New visual technology however can be off-putting to audiences who, understandably, have grown accustomed to the past 90 years of filmmaking. 2008’s Speed Racer pioneered a new layered filming that brought both foreground and background into focus at the exact same time – something the human eye cannot do. The end result left audiences perplexed as to what exactly they were seeing. Although not as perplexed as when they saw Larry/Lana Wachowski itself.

Take for example, the 2012 World Series use of an X-Mo camera. This new technology featured 20,000 frames per second, and provided for some amazing slow-motion capture.

Fans around the world could now, in astonishingly clear detail, watch Prince Fielder eat a ham sandwich in the dugout.

Yet, as people take film much more seriously than television, this new practice poses a risk to Warner Bros. It’s new, and therefore, polarizing. How will audiences respond? Just like the 3-D age before it, some will love it and others despise it. But if it’s as visually pleasing as Peter Jackson insists, then the new Hobbit series could be the one film to rule them all.