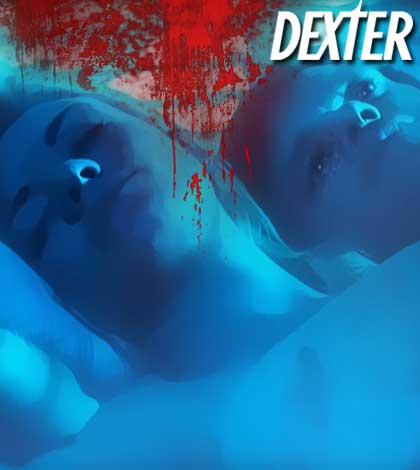 This episode begins where we left off last week as Dexter and Hannah are entangled in the throws of passion. His attempt at killing Hannah backfired. Turns out these two have a lot in common. In fact, Dexter tells us that with all the women in his life, Hannah is the only one that truly accepts him for whom he is. Must be nice.

But Dexter isn’t the only one having fun as sparks fly between Sister Deb and writer Price. Price is a sneaky little weasel with an agenda, carefully blackmailing Dexter and Hannah to get his writing career back on track. Poor Price doesn’t know what he’s walking into as he ends up dead on Dexter’s floor due to Hannah’s undetectable killing method. Move over Dexter…Hannah has some mad skills!

All hell breaks loose at Miami Metro when Sirko’s blackmail-Quinn plan gets him back on the streets as a free man. The always curious Batista confronts Quinn about the Sirko’s missing blood evidence in which he denies stealing it. Quinn later gives Batista his dirty payoff money for his dream restaurant. What a great friend!

Deb is outraged by the death of her new fling Price and is determined to hang little Miss Hannah. After an intense woman-to-woman interrogation, Deb warns Hannah she’ll do whatever it takes to take her down. Not knowing that her brother Dexter is secretly seeing Hannah, she calls him in the middle of the night to order Hannah’s death. Sounding like a mob boss,

Deb tells Dexter, “I want you to make it right. Do what you do”. Next week Dexter will be faced with some serious decisions to make.