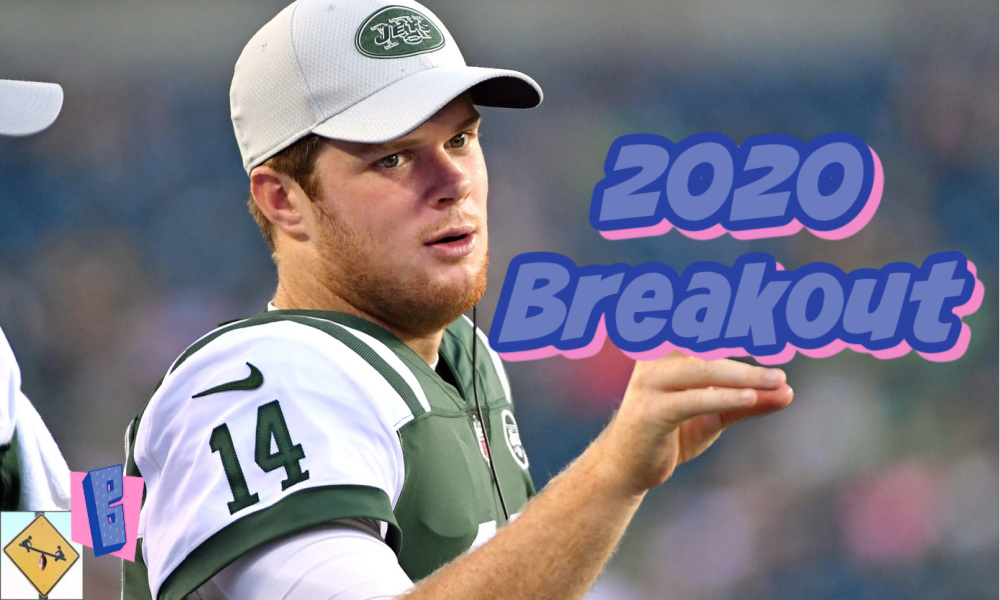 Year three in the league is always do or die for quarterbacks, so why should we be confident in New York Jets QB Sam Darnold? Here are three reasons he’s headed for a breakout season.

How does one judge a quarterback? Statistics are just as crucial as the eye test and how a team responds to their leader. If you’re worried about Sam Darnold leading the New York Jets, then stop. He enters year three of an encouraging career, aiming to start all 16 games for the first time. Get ready for a breakout season.

After starting 13 games in each of his first two years in the league, one might think Darnold is muddling in the middle. One might assume he’s stuck on a bad football team with nowhere to go. But look closer and you’ll see how much has changed since Darnold took over as Jets quarterback. Change is great in the NFL, especially for teams stuck in the middle. Three things point to a breakout for Sam Darnold and hopefully it equals a return to the playoffs for the New York Jets.

This is the first season with a repeat offense and coaching staff for Darnold. It’s the first season where he knows the playbook better than anyone else and isn’t getting to know his head coach for the first time. Adam Gase loves to run a complex offense, but that requires several things. Now that the Jets have a revamped offensive line, Darnold will have time to execute the complexity that he now understands in year two.

Looking over Darnold’s stats from his first two seasons tells us several very important facts. The Jets had a terrible offensive line last season and a pedestrian Le’Veon Bell. There’s not much else to trumpet about on their 2019 offense, yet Darnold improved in every statistical category from his rookie season. Skeptics may credit this to Gase’s offense, but in a world where most people hate on Gase, let’s give Darnold credit where its due.

I believe Bell is also headed for a career season, as I wrote last week, making the case for Darnold that much stronger. With worse protection in a more complex offense, he tossed fewer interceptions and more yards and touchdowns from year one to year two. That’s with only 30 more attempts and a stint of mono. Darnold is smart and savvy and plays well under pressure. When he’s relaxed, he takes over. He has every reason to be relaxed in year two of Gase’s system.

2. Outside the Locker room

A quarterback’s breakout season does not happen without his teammates. It does not happen without a strong defense that supports his offense. Unlike years past with prior Jets quarterbacks, what are we hearing about Sam Darnold in the media? Very little beyond his work ethic, better diet, and a propensity to stay cool and out of trouble. This makes for a great leader and a player that teammates respect. Its exactly what a New York quarterback needs to be.

Also on BuzzChomp: Death of the American Movie Theater

Despite a horrendous start in 2019, Darnold rallied the Jets to a respectable 7-6 record as their starter and a 7-9 record overall. That’s a huge improvement from his 4-9 record as starter in year one. Every Jets win last season came with Darnold under center. New York has an excellent defense and at least one star on offense here in 2020. More importantly, the Jets feed of Darnold’s confidence and leadership. That equals success.

I love to find the patterns and trends in sports, but I also love the eye test. Darnold is trending in the best direction possible. Everything about this current Jets team speaks to a culture change and a front office that is finally building, rather than winning on paper. So what about my coveted eye test? I’ve noticed two key attributes of Darnold as Jets quarterback.

A troubling trend I noticed over Darnold’s 26 games as starter is his constant need to press and make a play when his team is down. This is rather common among young quarterbacks, but something that must change for a QB to progress forward in his career. Just because your team is down 21 points or your offense turned the ball over last possession, that does not mean you try to get it all back every single play. Tom Brady has been great because he always relies on the small stuff, with an eye towards the big play when its available. Will Darnold shed his ego and become this type of quarterback?

What we witnessed during the Jets winning streak at the end of last season was Darnold doing exactly that. He stayed cool, rallied his teammates, and kept playing his offense as designed. Darnold did not force throws or try to do it all himself. He made plays and made thing happen by remaining calm in a constantly collapsing pocket. He also proceeded to dominate once his team gained the slightest bit of momentum. Imagine what he might do with a lot of momentum this season. Imagine what a breakout year will look like.