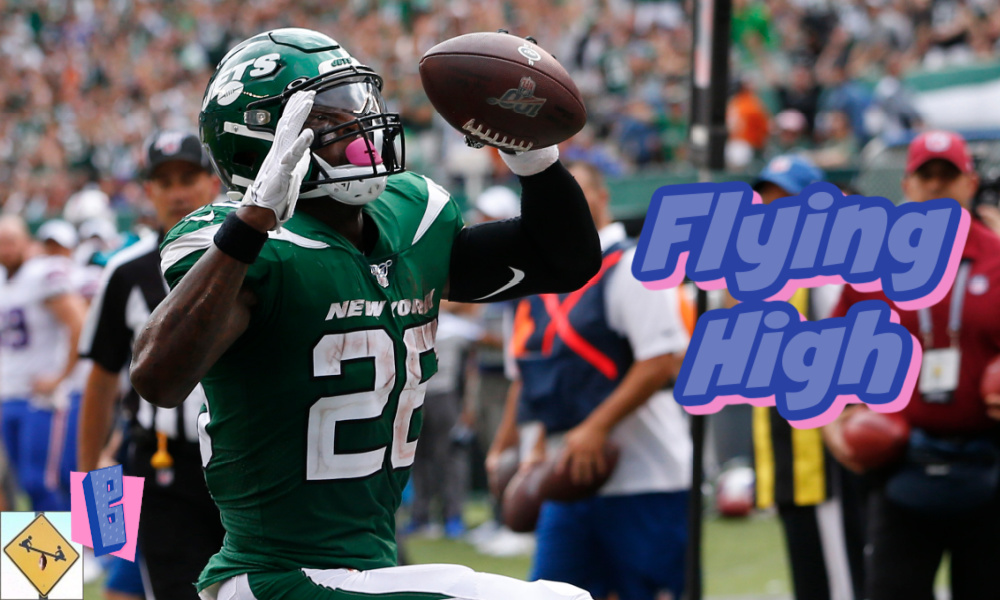 The New York Jets’ success this season lies in the capable hands of Le’Veon Bell. He’s a star with the keys to New York’s ride. Is he driving a Ferrari or Camry?

We all know the facts. The New York Jets are an up and coming team that had a tough summer. New York lost many players for the 2020 season. A number of them chose to put their families and health ahead of football, while others were traded or released. Jamal Adams is out and the Jets now have a bounty of future riches. But what about 2020? Le’Veon Bell holds the keys to success. Will he be driving a Ferrari or Camry?

Looking back often plays tricks, but the 2019 season for New York tells us a ton of useful information. We know THIS team can overcome injuries. They will never have more than they did last year. Gregg Williams will continue to field a great defense, because he did so last season with eerily similar deficiencies. But truthfully, you don’t need a great defense to win in the NFL right now. You need a consistent defense that rises up to the occasion in big moments. That is the definition of a Gregg Williams defense.

Last season Sam Darnold and the Jets’ offense overcame a massive amount of adversity. We know what kind of quarterback Darnold is and its quite refreshing. He thrives off the success of his teammates, eating up their energy and making big plays in return. When the team around him is down, Darnold presses and makes mistakes. But when they are running with him in stride, playing consistent football and grabbing for every inch, Darnold plays like one of the best at his position. Enter Le’Veon Bell.

It’s now Bell’s time to shine. The New York Jets need him to be the vocal veteran leader for the entire team. They need him to set an example with his play and performance. Bell already has a head start, having shed nearly 15 pounds to get faster and more agile. He’s training at nights in New Jersey with a boxing trainer to build strength and go next-level. Bell was the best at his position and then had a down year behind an atrocious offensive line on a team with more injuries than are worth counting. It was also his first season in a new offense. We all know what’s coming.

Adam Gase loves players like Bell in his offense and Bell is so much more than a simple running back. He’s known for catching passes as much as he is running and Darnold needs him to be that easy pass which teams like the Patriots have thrived off of for a decade. More importantly, last season was an anomaly on Bell’s stat sheet. The Jets have a younger and improved offensive line. Everyone now knows Gase’s offense, including Bell, who is leaner and stronger to boot. New York will win when Le’Veon Bell is winning.

Also on BuzzChomp: Death of the American Movie Theater is Upon Us

Picture a New York Jets defense that is very good, surrendering fewer than 21 points a game on average. Last season the Jets gave up 22.5 points per game on average, ranking them 16th in the league on defense. Visualize an offense that protects its quarterback and successfully runs the football. That same offense thrives with tight ends and a running back who is once again making a case for Pro Bowl selection. Bell has been there and seen that work. He’s been the cornerstone of that type of offense if you swap tight ends for wide receivers. But the point remains, New York does not need to win traditionally. They need their best players to play their best football.

This means a dynamic Le’Veon Bell is leading the New York Jets offense and exciting the defense. Every single player gets better when you have a star like Bell playing at a star level. We don’t need Darnold to be the next Patrick Mahomes. That’s ridiculous and unrealistic. We need him to be the best version of himself and Bell is the answer.

Pair your quarterback with a great weapon and watch out. This is what the Jets currently have. Unlike traditional seasons, every team is coming into 2020 with some sort of handicap. It will be star veterans that steal the show. Watch out for Le’Veon Bell and his New York Jets.