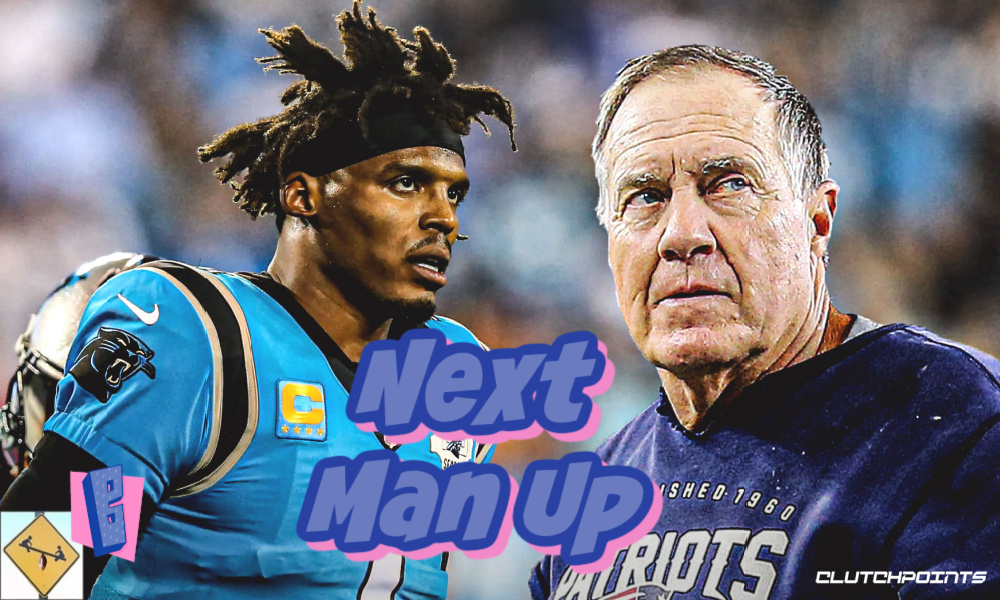 As if losing Tom Brady wasn’t bad enough, the New England Patriots have nine players and counting who’ve opted out of the upcoming season. They also added Cam Newton, so are they worse off for both? No and yes.

As the NFL preps for its season, players were given the chance to opt out of participating. Through the hard decision, one outcome overshadowed everything else: the New England Patriots had an inordinate amount of players opt out.

There are a few theories as to why this happened. It could be a coincidence. They could have been more encouraged to opt out than other teams. They could more often fit the profile of someone who might opt out. That doesn’t necessarily refer to someone with a pre existing medical condition. It could be a more veteran player comfortable with his standing in the league and on a roster, someone who has already won a bunch in the past, someone who has already made a good amount of money, or what have you.

Being more encouraged to opt out sounds potentially wholesome. Maybe the New England medical staff is giving better advice than other teams. Of course, fans also take it to be nefarious; that Bill Belichick has that ultimate plan in mind to tank 2020 for his next franchise quarterback. We outlined that deviousness earlier in the offseason when the Patriots were seemingly refusing to add a better quarterback to play ahead of Jarrett Stidham. It went away after the Cam Newton signing, but now it’s back.

Speaking of that Newton signing, it was just the latest evidence that NE is playing chess while everyone else is playing checkers. The team got the best QB on the market for pennies after everyone else talked themselves out of simply being a more talented football team and figuring out the rest later.

We always give Belichick and the NE brass the benefit of the doubt. They’ve earned it. But what if this time they out thought themselves?

Also on BuzzChomp: MLB Week One Went Worst Than Ever

Each step of the New England Patriots’ offseason makes sense. It makes sense to move on from Tom Brady if they thought he was on the way out and wasn’t worth his contract. It makes sense to turn to Stidham if they wanted to see his ceiling while also being willing to accept a slide in 2020. Then it makes sense to grab Newton when his market cratered and a playoff spot seemed within reach.

But shouldn’t they have stopped at step two?

This roster is not an elite playoff squad. The skill players on offense are weak. The offense finished middle-of-the-road in rushing and passing, and that was with Brady at the helm. The defense dropped off as last season progressed. It was one of the best in the league, but it started the year as one of the best in history and finished just fourth in the NFL when weighted toward the second half of the year.

Even before players started opting out, New England was no slamdunk to make the postseason, let alone win the AFC East in a runaway again. So what does Newton get them? Maybe they are now better bets to make the playoffs, but they are not a title contender over the likes of Kansas City or Baltimore. Do they even stand out in the next tier with Buffalo, Indianapolis, Pittsburgh, and Tennessee, among others?

So, for the first time in quite a while, NE finds itself in the dreaded middle, where a lot would have to go right to challenge for a title but not enough would align to give them major draft assets the next season. On top of that, using Newton delays the decision on Stidham at least another season.

It certainly seems like signing Newton was a situation too good to pass up. But looking through it, you can see why everyone else actually did pass. And maybe New England should have as well. They lose information and potential draft assets, yet don’t get over the hump into true contender status.

The nine players and counting who have opted out of the 2020 NFL season for the New England Patriots are the biggest story in Foxboro. Cam Newton is a low risk, high reward addition with likely zero downside. Newton will challenge Stidham for the starting job and likely win it, if he hasn’t already. That means Stidham is not the future in New England. He would win the job if he was. Or perhaps the Patriots use him like a rookie and slot him in midseason assuming they are only marginally in playoff competition. Assuming any negative upon Newton as Patriots quarterback means he plays well enough to start. Did New England add a star player for next to nothing?

If the Patriots can somehow maintain their top five defense, then this team is a serious playoff threat. Losing nine guys concerns me deeply, because it’s New England’s depth that has won them the AFC East for over a decade. But just how competitive is the AFC this season? Other teams are also losing players and if the season begins on time and actually finishes itself, then aren’t the Patriots with a top five defense one of the teams to beat? Defense wins championships more often than not, even if Kansas City proved otherwise for a single season last year.

Buffalo and New York will challenge for the AFC East title, but neither stands above New England with a solid Cam Newton leading the offense. Don’t kid yourself. Tom Brady was not playing exceptional football these past two seasons. He played mistake free, Patriots football. Newton or Stidham must dink and dunk with the occasional long ball, while playing mistake free. Both can pull it off and if they do, watch out. Otherwise, the Patriots can easily lose during the second half of the season to ensure themselves a high draft pick.

Our first two months will tell the entire story for New England. If they finish 5-3 and tied for first in the AFC East, then perhaps they make a deal to add a veteran. If they are 3-5 and struggling, then perhaps they “give their backup a shot” and let him lose into the ground if necessary.

Bill Belichick is always quiet, but things have been a little too quiet in New England. Guys opting out lets them be in the best shape of their lives for 2021 and ready to roll. This season is a “let’s take a flyer year” where the best defense or best offense will run away with things. It could be both.