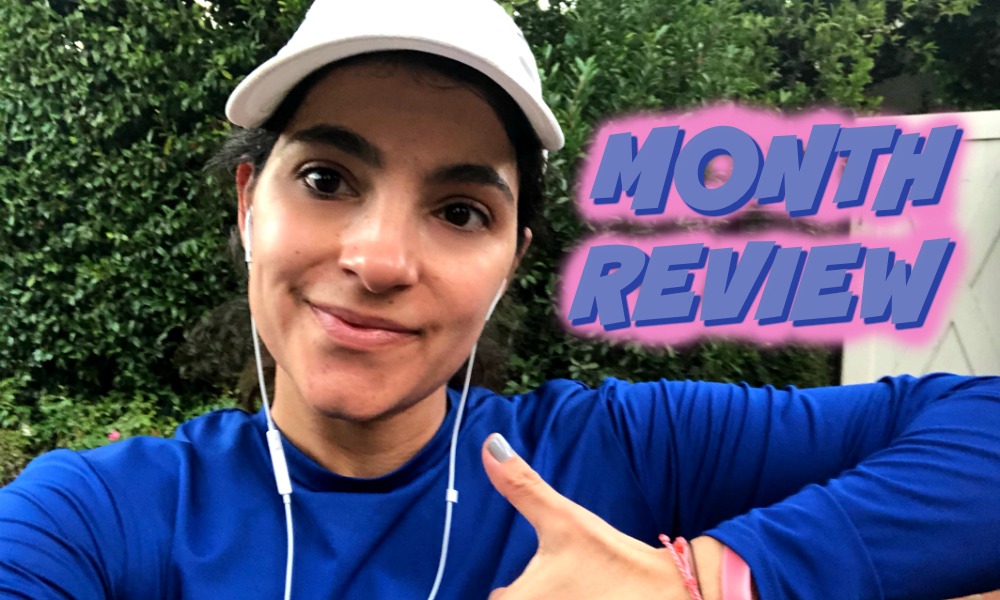 It’s time to celebrate our running success! Can I get an AMEN and have everyone join in to celebrate your own running month? September was back to big numbers for me! WOOT WOOT!

Even though I felt like I had a great running month in August, because I traveled so much it was my least mileage month of the year. I looked back on it at the beginning of September and knew that it was exactly what my body needed after killing June and July. I then vowed that September would be a big mileage month and it was! Join me in celebrating your own running success, as I celebrate mine!

First of all, if you’re not celebrating a big mileage month like me, you should still celebrate your own personal accomplishments, no matter what they are. I celebrated August for what I ran, not how it compared to prior months. Remember that every month adds to your running success. I’ve said this before, but I’ll say it again. With running and fitness, always look on the bright side. Always congratulate yourself for the little things. If you don’t, then you’ll fall into the abyss of dreading your runs and falling off the running bandwagon.

In September I ran a little over 119 miles! It was the second most miles I’ve run all year, but it is where I like to live. So far, January has been my farthest month with 137 miles! I would love to run like that again another month, so that’s my goal for October. Last month I just let myself run, with no strings attached. Even though I wrote about wanting to run more, I didn’t put any pressure on myself and I almost completely forgot about how little I’d run in August. That’s the beauty of our fitness journey and running success.

Months like September are my favorite, because I felt so free running. It’s funny how I had a lot going on, but none of it got in the way of my running. I was in Los Angeles the whole time enjoying the beautiful weather, but after my crazy August, I thought it’d be a little more difficult to jump back to my regularly scheduled runs. It was not!

Like I said at the beginning of this article, no matter what you had going on in September, celebrate yourself and your running success. It’s easy to put a lot of pressure on ourselves, especially when it comes to running. I always remind myself that whatever I ran is worth celebrating. This adds to my constant running success. A big success for me is to make sure I’m constantly running. If I have a month where I have to take several days off, so be it. The other days when I run are what matter, and I celebrate those days.

Since I reflect back on each month, it definitely puts into perspective where I’m at for the year. A goal of mine was to run farther than I did last year, which was a low mileage year for me. It was also a life changing year with the addition of my baby, so that was to be expected. I’ve already run the same as I ran last year, and it’s only the beginning of October. That makes me happy!

Celebrate you running month, because it leads to you embracing your running success. It doesn’t have to be a big success, because just the sheer act of running is a success! Keep on your running journey and I’ll see you out there on the road.

More from Mandi – Some Runs are Hard and That’s Okay