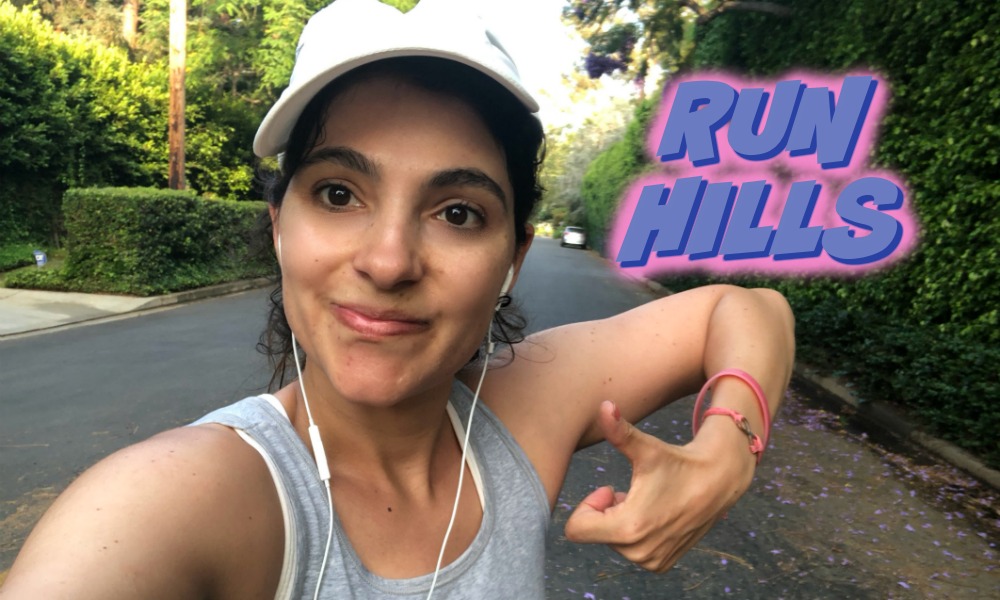 There was a period of time in my life when I disliked running hills. I thought they were the worst, but I focused and learned how to run hills effortlessly. Now I’m sharing five steps to conquering hills one at a time!

When I first started to run as a youth, I dreaded running hills. I didn’t like how hard they were and when I trained for field hockey, we’d sprint up hills as one of our workouts. Those days, when my coach would tell us we had to run hills, were my least favorite. But I didn’t understand that hills made me stronger. They are a great way to build up speed, strength, and endurance. Learn to love running hills by conquering them in five steps!

MORE RUNNING: 5 Tips for Running in the Heat

I now live in an extremely hilly area of Los Angeles and no matter where I run, I have to run up hills. When I moved to this area over 7 years ago, I finally learned to fully embrace hills and just how magical they are. I let go of my dread of hills, which led me to my run them effortlessly. The steps I took are outlined below and simple to remember. Let’s go!

Step 2: Run Up. Walk Down.
Some people will tell you to walk up and run down hills, but do not listen to them. You want to push yourself to run up the hill and then take a breather and walk once you get to the top and go back down, if there is a down side. Soon you will not only push up those hills, but you won’t stop once you reach the top.

Step 4: Speed up as you run up a hill.
This one is hard to do and I still remind myself every day when I run a hill. Our natural tendency is to slow down as we run up the hill, but fight that instinct. Tell yourself to run faster and at first you won’t be running faster, but in time you will. In time you won’t slow down up a hill, but you’ll keep your pace and even run faster. This will make you forget that you used to hate running hills!

Step 5: Give yourself time.
It will take you time to run up hills effortlessly, so enjoy the journey! Let it take the time that it will and just be cognizant of pushing yourself when you hit those hills. In time, running hills becomes second nature which makes it effortless and fun! With hills, I didn’t set a time limit and all of a sudden I realized that I no longer dreaded the hills, but looked forward to running up them.

Don’t let running hills be hard because you’re missing such an amazing part of running. It’s easier to run hills than you think. Follow our steps to effortless running! Make sure you share your progress with me!