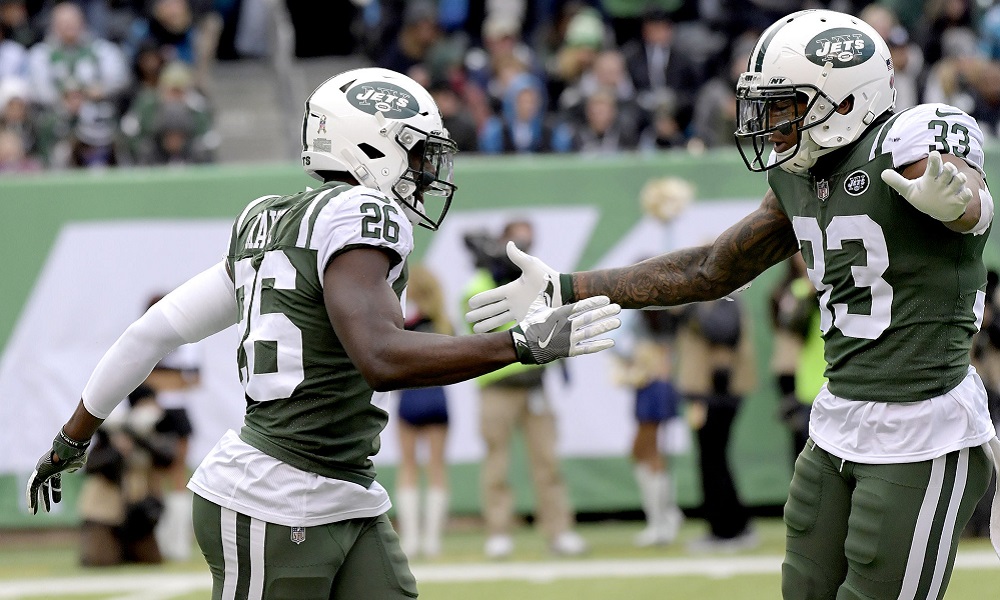 The 2018 NFL season is full of hope for the New York Jets and their fans, but is this optimism warranted? Are we justified in our outlook, or simply blind? The green and white stink no longer smells dirty.

It’s no secret that the New York Jets are feeling great and heading in a very positive direction. Gang Green hit a hard reset one year prior and continued the upgrade process this past offseason. Its been a smooth transition from an old roster into a younger and more dynamic team of hungry players. Josh McCown has been the ideal veteran leader during the bulk of New York’s shift and has a serious opportunity to complete the process and put a giant gold star on the tail end of his career.

MORE BUZZCHOMP: NY Giants Have Hope for End of 2018

Sam Darnold has washed the past away faster than I ever imagined. His poise, enthusiasm and attitude is a breath of fresh air for a team that was barely treading water as New England and Tom Brady dominated the AFC East. Yet Brady and the Patriots are still on top, so where does this actually leave New York in 2018? I’m certainly blinded by optimism as a die-hard fan of the green and white, but I’m forced to consider the possibility that I’m just blind and this optimism is premature.

In order to deduce real optimism versus blind faith, let’s break down the two sides of five huge shifts that make the New York Jets an appealing bandwagon to root for once again.

Optimism: The Jets have their franchise quarterback for two decades. He will earn the starting job for week one and lead New York into the playoff conversation this season. No nicknames required. Darnold speaks for himself.

Pessimism: We must be patient with rookies, especially quarterbacks. He’s likely to play this season, but it won’t be pretty. Give him time and there’s a chance he’ll be New York’s starter. Whether he’s a Pro Bowl player or not is totally a roll of the dice.

Optimism: Williams is under contract for 2019, but he is playing for an extension. He has every reason to be his best and once again earn a spot in the Pro Bowl. As the leader on the defensive line, Williams will become the great player we know he can be.

Pessimism: Williams will get a ton of double teams as the lone force on the Jets’ defensive line. He’s already secured his fifth year option and does not have anything further to prove to his team. Unless someone else steps up, he will disappear on the field.

3. Three headed monster in the secondary

Optimism: Trumaine Johnson, Marcus Maye, and Jamal Adams combine to form the best secondary in the league. Maye and Adams continue their rise up the NFL ranks, as Johnson elevates everyone on New York’s defense. No one can throw on the Jets this season.

Pessimism: Slumps hit the young Jets’ defensive backs, as Johnson provides pressure for them to be even better than before. He too slumps on a new team with a new defense. New York is solid, but far from unstoppable on defense.

Optimism: Bates seizes the opportunity to craft an offense around a quarterback perfectly suited to his play calling style. He finds the sweet spot between running and passing, utilizing the Jets depth to his advantage. His new voice sparks the team to become a dynamic unit.

Pessimism: Bates experiences growing pains, finding it difficult to get the ball in the hands of his playmakers at the right times. He has too many options at wide receiver and running back, making it challenging to find consistency on offense. The inevitable quarterback shift looms over every decision he makes.

Optimism: The Bills are in complete rebuild mode with a more confusing quarterback situation than New York. The Dolphins don’t know what they have at quarterback until they see it, as Ryan Tannehill returns from injury. Plus, their defense is still suspect. Even New England looks very different from last season, and Tom Brady is about to retire at any moment. The division is ripe for the taking!

Pessimism: The Patriots have stability and Brady is still playing. Who knows when he will actually retire? Miami consistently overachieves and has more weapons on paper than the Jets. Even Buffalo is looking good after making the playoffs last year, despite changing quarterbacks. There are no easy games in the division, so how can the Jets make a move up the standings?


For every positive, there is a shot of reality or negativity to consider. The New York Jets have given fans a reason to be skeptical over the years, ripping our hearts out with some consistency. But 2018 is definitely different. Our optimism is real and so is the hope for success. We are not blind. This is what a happy Jets fan looks like.