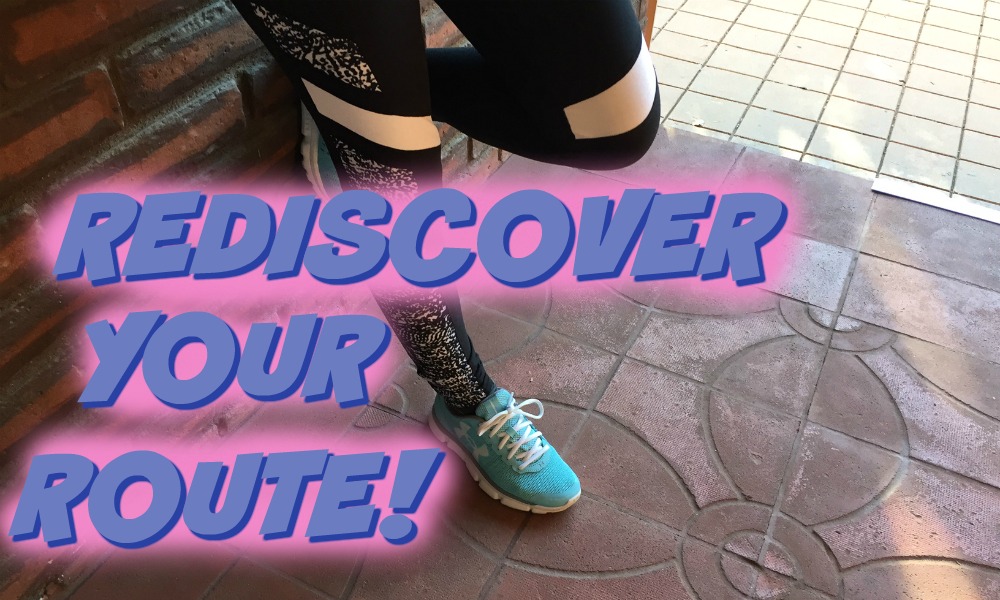 I absolutely love my running routes, but in a few weeks I’ll be moving. That means changing all of my running routes! It’s the best medicine and now is a perfect time to rediscover your routes too.

A big part of running is keeping it fresh! Often times I hear people being bored while running, or being bored by the places they choose to run. There is nothing boring about running. I truly believe that if you embrace how you’re running and enjoy living in the present moment, you’ll never feel this way about a run. But I also believe that its important to reassess where you’re at frequently, and this can easily be done by rediscovering your running routes!

I’ve definitely been rediscovering my own running routes these past couple of weeks. I’ve been altering and tweaking and finding new things about what once was old. Since running is significantly harder now that I’m in my 34th week of pregnancy, I’ve had to dig deep to run and I’m appreciating my runs way more than before! But I’ve also had to adjust my routes and scale back on my mileage. In doing so I rediscovered an old running route! Its one I loved, but had moved on from. Now I’m loving that I’m able to run this route!

ALSO ON BUZZCHOMP: Running Motivation – Psyching Yourself Up to Run

There was a period of time when I questioned whether I needed to stop running through the remainder of my pregnancy. It was a mental hill and I powdered through it! Now I’m so glad that I can get out there and run any run without judging myself. I’d always tried to embrace that prior to being pregnant, but I’m not sure I truly was able to until now. I know that I am lucky enough to be able to get out there and run! Rediscovering and trying new running routes made it possible.

I am totally committed to running throughout the rest of my pregnancy. That means through the next couple of weeks when I’ll be moving. I’m only moving down the street, but it is definitely going to switch up my runs. This is always a good thing! It’s also a perfect time to rediscover old running routes. Instead of focusing on the bit of discomfort I feel while running, I’ll be taking in my surroundings and enjoying these routes, because even though I’ll still be running in the same area, I’m going to have a different perspective once I move!

Even if you’re not pregnant or moving, you can totally rediscover your running routes. If you haven’t been getting outside as much due to winter weather, commit yourself to getting outside no matter what this week! See what it feels like to run in the cold, or even in the snow! I know for me I love running in 70 degree weather, but we don’t always have that luxury. This past week was so chilly in Los Angeles. Even though my bed was super comfy, I still pulled myself out, put my hat and gloves on, and got my bum running. I was just glad that it was not raining!

Rediscovering your running routes helps you from putting yourself on auto pilot! I know for me, I’m so much more in tune with the landscape of my runs. I feel every uphill and I adjust to every downhill. I’m completely in the moment and I love that! It’s also made me extremely grateful to be able to get out there and run!