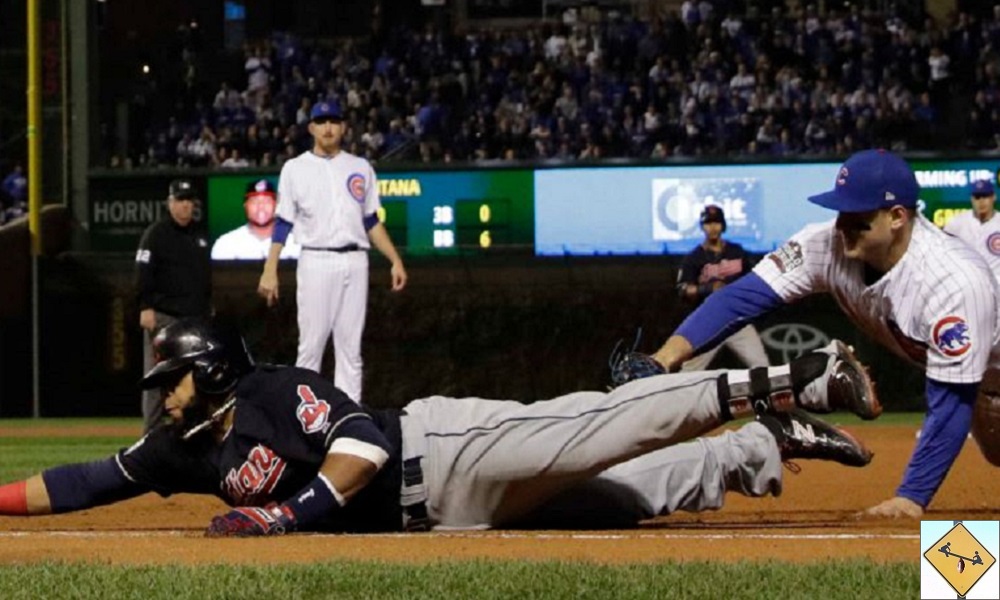 Who are the Top 4 teams in baseball this season? The defending champs are obvious, but no one else is. Two clubs from each league stand above the rest. MLB Predictions 2017.

It is baseball season! Spring Training games begin this week. Opening Day is just over a month away. We can get into the gritty details of the season coming up, but first, let’s establish who the best teams are in the league.

Give me a top four for the MLB season, two American League squads and two National League squads. Call them the favorites to make the league championship series.

One of my picks is obvious. It is the Chicago Cubs. They were easily the best team last regular season. They were the best team in the postseason. They also appear to be the best team for this season. Last year, their stars were all super young and should only improve. They got essentially nothing out of Kyle Schwarber last year; Javier Baez was just a rotation bench player. Chicago still has what is arguably the best top-three pitchers in the league as well.

ALSO ON BUZZCHOMP: Legion is Biding Its Time For Better or Worse

If anything is a shortcoming for this club, it is the bullpen. The same thing was the case last year, and the Cubbies ended up adding Aroldis Chapman midseason. This offseason, they added Wade Davis for the same purpose. There is no area of weakness for the Cubs.

My second team in the NL comes down to a handful of contenders. I am going to go with the Washington Nationals, though. Their combination of elite stars will hopefully be enough to outlast some other squads with better depth. Washington’s top four in the everyday lineup could be peerless. The same goes for its top two starting pitchers. Rumors are that the Nats could be trading for closer David Robertson any day now. That would iron out the bullpen and give them just as talented a club as anyone in the league not named the Cubs.

The American League belongs to Boston and Cleveland. To me, no one else is particularly close.

The Indians are coming off of an AL pennant and should be way better this year. Seriously! They added Edwin Encarnacion in free agency. They also get their former best everyday player back this year, Michael Brantley. With healthy returns of Carlos Carrasco and Danny Salazar in the rotation, the pitching will not resemble what everyone witnessed in the playoffs. It should be better. And by the way, the bullpen is still lethal.

The Red Sox improved mightily as well, adding ace Chris Sale to an already deep rotation. The killer B’s in the Boston lineup are as good as it possibly gets for a group of guys under 27 years old: Betts, Bogaerts, Bradley, and Benintendi. Any of the four could make the all-star team, with Betts an MVP candidate and Benintendi the Rookie of the Year favorite.

Great At Home Treadmill – Get Your Workout On!

The fun thing about MLB Predictions 2017 is that they’re sure to go wrong. It seems like every season we think we know the best teams in each league to start the year, but by the All-star break everything goes out the window. One major exception was the Chicago Cubs in 2016. They entered last year as heavy favorites and met every expectation. Since completely agreeing with you is boring, I will make this short and sweet. In the National League the Cubs are the top team once again. As defending champions with another year of experience under their belts, I see little standing in Chicago’s way of winning the Central division.

My second team in the NL is the Los Angeles Dodgers. While I think the Nationals will be good, they face stiff competition in their division, ultimately hurting their record and dominance of the league at large. The Dodgers are in quite the opposite situation, as the rest of the NL West appears weak and feeble. The Giants always bring it, but they’ve been slowly slipping back to mediocrity of late. Los Angeles has a nice balance of youth and veteran experience sprinkled throughout its lineup, anchored by Clayton Kershaw atop the rotation. If Yasiel Puig can return to anything close to his rookie level dominance, then the Dodgers will be a real force this season.

The American League feels much less cut and dry to me. Everyone is extremely high on the Red Sox, but my instincts are screaming at me to not believe the hype. I don’t. My top two teams are the Texas Rangers and Cleveland Indians.

Much like the Cubs, our other World Series representative from a season ago is on track to only improve. The Indians will be excellent and I would be foolish to discount them. Entering the year, Cleveland is easily one of our top two teams in the AL, but I wouldn’t be surprised if the Tigers give them a real run for the division. This is not a knock on the Indians, but rather a gut feeling about their competition in Detroit.


I’m very high on the Rangers this year as well. They fell short as 2016 wound down, but Texas returns a monster rotation and lineup this season. Cole Hamels and Yu Darvish may be the best one-two punch in baseball, assuming they both stay healthy all year (I know, a big assumption). Texas needs its power to return and I believe it does. The Rangers don’t need to worry about Seattle or Houston challenging them for the division, meaning Texas can keep racking up wins as they did a year ago.