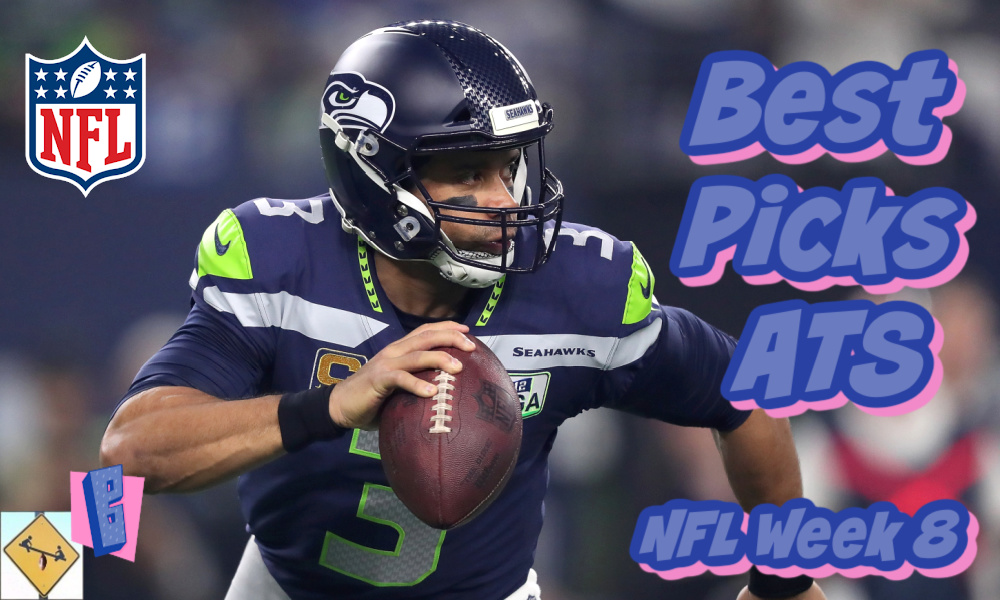 The good times keep rolling as we improve to 18-7-2 this season, but things get trickier in NFL Week 8. Dan and Todd have your best picks against the spread (ATS). Four teams worth wagering your house… just don’t bet that much.

The three best teams in football are Pittsburgh (makes sense), Green Bay (okay), and the Los Angeles Chargers (hmm). Those three squads are each 5-1 against the spread, tied for best in the league through seven weeks. The opposite end of the spectrum is nothing surprising. The worst team ATS has been Dallas at 0-7. The other bottom feeders are the Jets and Houston at 1-6.

If Los Angeles counts as the biggest surprise thus far, then Cincinnati and Tennessee are also in the conversation. The Bengals are real-life last-place team, but are 5-2 ATS. On the other hand, the Titans are in first place in their division yet have a 2-4 record ATS.

More BuzzChomp: The Mandalorian Season 2 Proves Expectations Can Be Met

We aren’t quite halfway through the year yet, so these numbers are still fluid. Betting lines have a silly way of correcting outlier performances. Is Cincinnati playing people tougher than the lines indicate? Is Tennessee not covering like people think it will? Adjust accordingly. And as fortune would dictate, NFL Week 8 sees the Titans traveling to Cincinnati to face the Bengals.

Where does that leave us for betting the NFL Week 8 action? Take the points with teams playing great football, or back a proven winner. Its that simple at mid-season. These are your Best Picks Against the Spread (ATS) for Week 8 of the NFL 2020 season. All lines come via Odds Shark, which compiles the complete list of Vegas Sports Book betting lines.

Is it crazy to think that Pittsburgh is just a little bit better than Baltimore right now? Both teams have elite defenses. Both teams have struggling quarterbacks with high upside, but the Pitt offense has been better thus far. And I don’t trust Lamar Jackson in a big game. The Steelers are on the road here, but they are getting more than a field goal, and I think they’ll win outright.

The 49ers got me last week. I thought Injuries would catch up with them, but perhaps their opponent wasn’t exactly up to snuff. No matter; in Week 8, San Fran loses another pair of skill players on offense with Deebo Samuel and Jeff Wilson going down, and who enters is an even better opponent in Seattle.

The Seahawks have injuries of their own this week, but if Russell WIlson and the receivers are healthy, I’ll deal with everything else. I don’t believe the SF offense is good enough to hang within a field goal of Seattle.

Cleveland looked vulnerable last week and has since lost one of its better offensive weapons. I also love how the Raiders are playing right now, so I’m taking the points with Las Vegas on the road. This feels to me like two teams going in opposite directions, at least for the next few weeks. Grab the Raiders in NFL Week 8.

Chicago is in bounce back mode after a tough loss last week and is suddenly getting points at home. This is still a very good Bears team, while New Orleans has been inconsistent. I expect Chicago to rebound nicely and four points are more than enough. We keep expecting the Saints to suddenly become dominant, but I don’t see that switch being flipped this season.