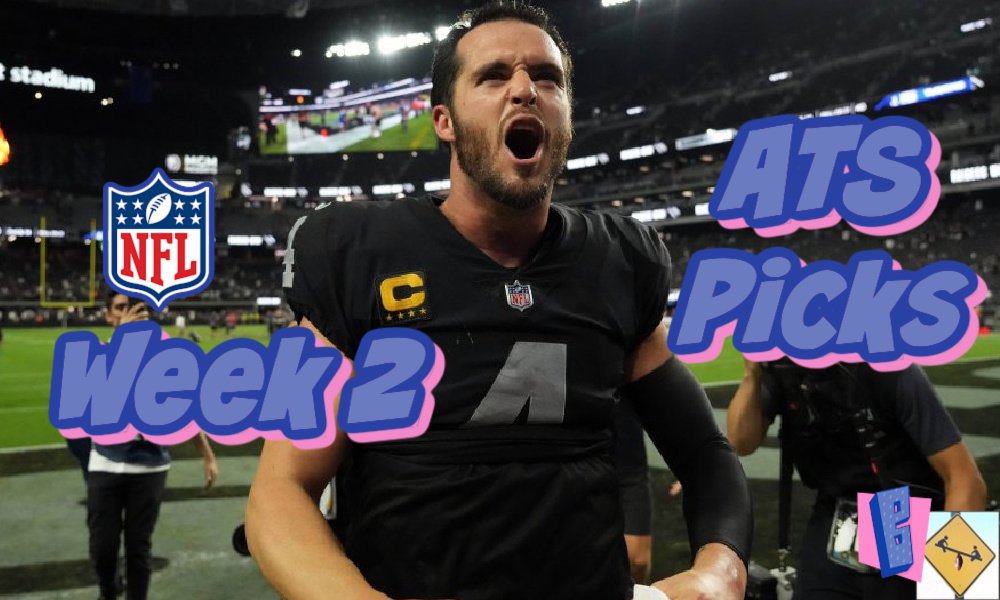 With the craziness of week 1 behind us, its time to put money behind our proven winners. We’re taking points in three of our four NFL Week 2 best picks ATS, yet all but one came up victorious last week.

The NFL season began with a bang: a shootout on Thursday night. This was followed by an even wilder slug-fest on Monday night. The rest of the first week was perhaps not as exciting, but just as interesting. Injuries submarined many a roster, as we all expected. Some things we did not expect: Philadelphia to run roughshod through…anyone; Buffalo to drop with a whimper; Tennessee to get smoked; the Texans having a high-flying display; Green Bay to lay a stinker. Plus, all five rookie quarterbacks saw the field and found the endzone. Unlikely outcomes are par for the course to start an NFL season, so what do we make of NFL week 2?

Each week, Dan and Todd will select two games against the spread. NFL Week 2 is all about proven winners and taking points. With so few known commodities, we are thinking with our heads and not our hearts. Todd has his eyes on the AFC South, while Dan is focused on the AFC West. Let’s get to it!

Am I a moron for backing the inept Houston Texans two weeks in a row? Perhaps, but I am also 1-0 thus far in doing so. Week 1’s line was idiotic. This one makes more sense in practice but still seems outlandish. The Browns surely looked good in Week 1, but we are always taught not to overreact to Week 1. With that, I don’t believe the Browns offense will be consistently good enough to vanquish foes by 13 points, even ones thought to be as weak as Houston.

Tyrod Taylor did everything we would want in his first game. He made plays with his arm and legs, and took care of the football. He did fumble once but didn’t lose it. He also spread the ball around and will have a chance to do so again against a defense that was stout against the run but got shredded by an elite passing offense. Houston is not that, but there is room to cover 12.5 here.

In the same vein as not overreacting to NFL Week 1, if this itself was a Week 1 matchup, I expect the line would have been Seattle -3, or something even lower. Instead, Tennessee is getting what amounts to an extra field goal on top in NFL Week 2. Sign me up.

It makes some sense after how the Titans looked in their first game. But I feel safe in saying that this team’s offense will be better in the coming weeks. That hopefully starts right away against a Seattle team that made quick work of a good Indy team. Seattle has its own powerful offense, which makes a shootout here a likely possibility. Though the Seahawks are at home, I like getting nearly a touchdown for a team expected to rebound in a major way.

The Broncos impressed me in week 1 with their dominant victory over the hapless Giants. Denver’s defense squashed what was supposed to be an improved New York offense. Furthermore, they put up a ton of points against a “not bad” defense. Enter the Jaguars, who barely made a peep against Houston last week. Grab this line while it’s only six points, because homefield only means something if you’re good.

Denver will easily shut down Jacksonville’s offense, but can their own offense overcome… What exactly are the Jaguars being formidable with? Their defense stinks. Their offense is a work in progress. I would take this line if it was ten points, so six is just lovely. I can’t think of a much larger mismatch in NFL Week 2.

I’m piling into the AFC West bandwagon, because the Raiders are everything we hoped for. Las Vegas couldn’t exactly stop the Ravens’ offense, but they put up a ton of points and won in glorious fashion. Is either side of the Steelers better than Baltimore? No, no they are not. Take the points, because Vegas is winning this game outright.

Derek Carr will continue to impress, especially because the Raiders’ defense will have an easier go against Pittsburgh than it did with Lamar Jackson and Baltimore. Sure, the Steelers stopped Buffalo. This does not make their defense great. I’m not overreacting to that outcome, but I am standing firmly behind a resilient Las Vegas team that’s getting points.