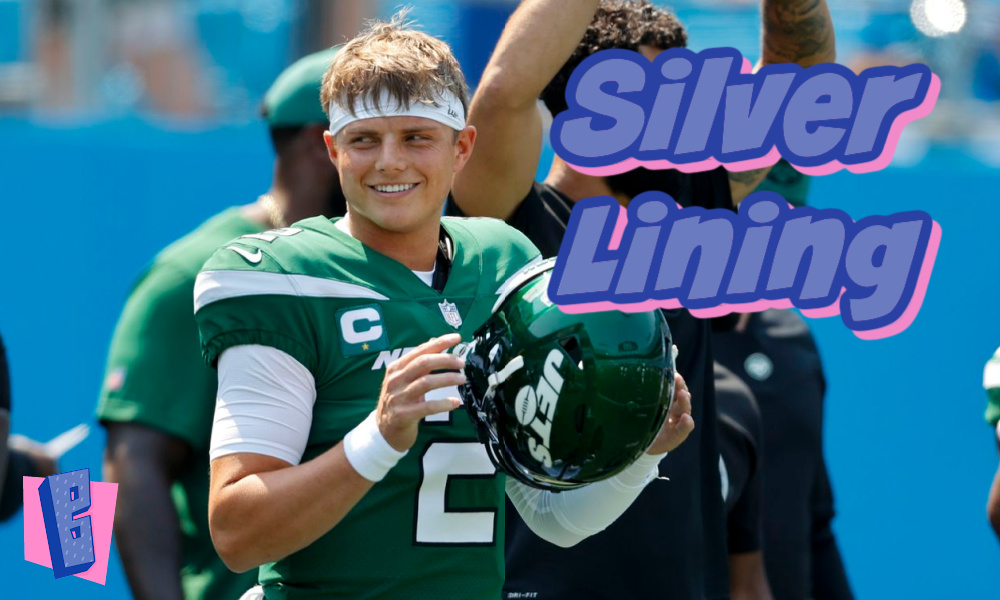 Losing in week one stinks, but the New York Jets flashed enough style points to give fans hope. Unfortunately, the team’s weaknesses became painfully obvious as well. There are silver linings.

Young teams like the New York Jets take time to develop, but a few gaping holes won’t easily be solved on the field. The offensive line is out of sync and the already thin secondary took another hit. Injuries are unavoidable, but two key ones hit the Jets where it hurts most, meaning what was already an issue is going to be even harder to fix.

There were many things I liked about the Jets loss to Carolina. Zach Wilson stayed cool under pressure and minimized all of his mistakes, which were few and far between. Our depth among wide receivers and tight ends is strong and getting stronger, as the ball was spread around and opportunities were capitalized upon. Even the defense looked very good, considering how impossible it is to stop Christian McCaffrey no matter who you are. The New York Jets found themselves in a sixteen point hole with zero points on the board and fought their way back, scoring twice when it mattered most. Those were the positives.

More BuzzChomp: Only Murders in the Building is Hilarious True Crime

Below are the three biggest problems facing the Jets after losing in week one. I’ll speak to the silver lining of each for a team in rebuild season number one. Keep that in mind and then remember, it was actually fun watching the Jets play the Panthers. Our team is fun to watch. Let that sink in.

Everyone has been tearing into the Jets’ offensive line, and rightfully so. But let’s remember that this is a new unit, playing together for the first time. It has a rookie and had a sophomore, but the rest of the line is also green. This means it may take a few games for them to properly gel and communicate. The talent is there, so I’m having patience with their performance. Furthermore, our quarterback was kind of amazing under pressure. He handled it so well as to minimize these growing pains of the line itself. That being said, I can’t truly say the same about the running game.

Watching McCaffrey run reminded me of what the Jets need at running back. He has an immediate burst that makes him one of the best in the league. New York had a few solid running plays, but could not get anything really going on the ground. The run blocking was not great, but our backs didn’t find the holes fast enough either. I’m hopeful that adjustments to the blocking schemes will better compliment our running backs going forward. Perhaps Carolina has a great defensive line, but I’m currently putting the onus on our Jets.

Speaking of McCaffrey, the Jets simply could not stop him. Now they did slow him down enough where Carolina started passing a lot more than seemed necessary. It was surprising to me that they didn’t simply run the ball when up sixteen to nothing. So maybe its a credit to New York that they slowed him, because hardly any defenses can stop him. But the Jets must get better at stopping their opponent’s best player. Considering how young our defense is, I can tell they are going to be very good in only a few short weeks.

So what about the pass defense? It was serviceable. I did not find what Carolina did to be particularly impressive, but New York didn’t force them to make any real mistakes either. The Jets gave up a few big plays, but also held the Panthers to only 19 points, three of which came off a turnover deep in their own territory. Two touchdowns and two field goals is pretty good for this young defense. They gave the offense as good a chance to win the game as nearly any other team in the league.

Considering how several teams completely fell apart, the New York Jets had a commendable start to a season full of building blocks. Focus on the silver linings and remember, this team is fun to watch.