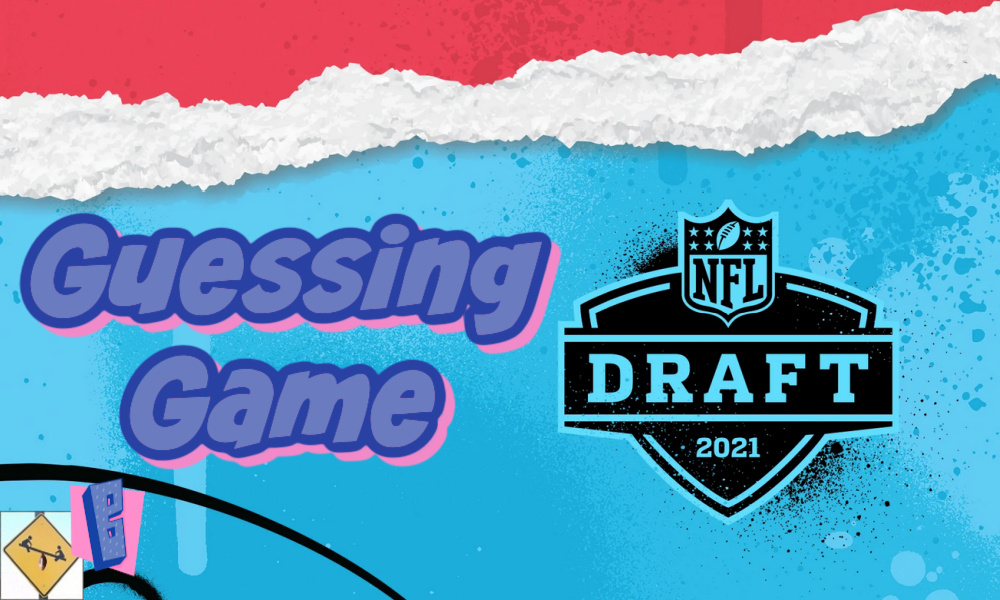 Everyone agrees the NFL Draft 2021 has unprecedented offensive talent, but will five QBs be drafted in the top five picks? How many defensive players make the Top 10? Our informed guesses have to be right. Right?

The 2021 NFL Draft begins Thursday and we are expecting shenanigans! There is so much intrigue surrounding this year’s draft for a number of reasons. First of all, the weird year itself comes into play. Teams have gotten less access and less time to see these players. They may latch onto things that we, as fans, don’t. It could lead to some surprising selections and bonehead decisions.

Second, this is a great year for quarterback prospects. That always adds intrigue of who will be selected when, which desperate teams will trade up, and who, if anyone, will fall. As many as five signal callers may go in the Top 10 of the NFL Draft 2021, meaning more trades and lots of reaching.

The third reason why this draft is shaping up to be so interesting is because of how it already has been! Multiple early-round trades have already occurred leading up to the draft itself. Speculation is running rampant on what other trades will occur. Seemingly the only thing that is not up for debate is who will be the number one pick. Everything else is on the table.

With that, we are making some predictions sure go to wrong! Todd Salem will set the table for these NFL Draft 2021 predictions, leaving Dan Salem to jump in with his rather unique opinions. This is all about the Top 10 picks in an unprecedented year for offensive talent.

A) __ quarterbacks will be selected in the top five picks.

Earlier in the offseason, we talked about four-for-four with QBs being the first four picks in the draft. That still seems possible, even if the four arms in question have shifted around. I don’t think all five of the top guys will go one through five, and this buys me some leeway if Atlanta doesn’t bite on a QB or trade, that Cincinnati still might trade out of the five spot.

It feels absurd to think that all five of the top picks will be quarterbacks, but there is no dividing line between Fields, Lance, and Jones. Experts and the 49ers themselves can’t decide who will go three, meaning all three players are equally as good. Why wouldn’t another trade happen? Why wouldn’t Atlanta draft their future quarterback? With all of the buzz around our quarterbacks, none of the top 5 are slipping out of the top ten. I say they go one through five.

B) __trade(s) up to draft a quarterback in the first round.

We have a few contenders for this. The answer may be even more than two teams, but since San Francisco and Carolina already made moves, that leaves NE as my choice for the top end and Pittsburgh as a sneaky choice for later on. The Patriots trade up to take the fifth of the top-five QB prospects, whoever that ends up being. As for the Steelers, they slide up from 30 to grab their favorite of everyone else. We know Ben Roethlisberger isn’t much longer for this league, and the other three quarterbacks on the roster don’t scream long-term answer. Perhaps Kyle Trask or Kellen Mond does.

The Broncos have been a little too quiet and publicly announced they will wait to negotiate contract extensions for their best player(s) until after the draft. Denver has whiffed several drafts in a row and won’t pass on the opportunity to select Fields or Lance. New England will not be rolling with Cam Newton again, so they too trade up. I don’t believe the Steelers do so, because they have such limited resources to work with and are committed to Big Ben another one or two seasons. The last time they drafted his replacement, it went very poorly. They won’t do it again.

C) __ pass-catchers will be selected in the top 10 picks.

I didn’t say wide receiver here because I wanted to include Kyle Pitts. Besides him, I think all of Devonta Smith, Jaylen Waddle, and Ja’Marr Chase get selected this early. Some mocks now have Smith dropping because of body concerns, but that feels like over-analysis. Waddle and Chase are both questions because of how little tape there is on them. Nevertheless, in a year with so few pass rushers graded near the top of the draft, teams will clamber for the play-makers in the passing game.

Everyone loves these wide receivers, but the class is fairly deep and the separation is small between the top guys. With five quarterbacks being drafted, as well as OT Sewell, we will see TE Pitts and one WR in the top ten. That leaves three other picks that will go defense because of team needs, rather than best player available.

D) __defensive players will be selected in the top 10 picks.

A great year for QB and WR prospects means a down year for other spots. The defensive side suffers. With tackle Penei Sewell likely to occupy a top-10 pick, that leaves just one spot for anyone that plays defense. It could be Micah Parsons, maybe Patrick Surtain. A team could force an edge rusher pick. However it goes down, just one guy selected in the top 10 will be a defender.

This isn’t a “great” defensive draft, meaning teams that need defense are going to draft it earlier to ensure they don’t miss getting a player to fill their team’s biggest need. Drafting best available is normally smart, but if you can’t leave the draft without a defender, you are going to draft a defender. A pass rusher and a defensive back will go in the top ten. Need will push them up the first round ranks.

E) __running backs will be selected in the first round.

This isn’t that surprising anymore. We know all the reasons. And ’21 isn’t a great RB draft either, at least at the top end. That means someone would have to reach slightly to grab a runner. It could happen, but I think everyone holds off and a few slide off the board from trades in round two.

It’s not always fun for me to agree with you, but the top ten of the second round will be where all of our top running backs get drafted. These players simply don’t last long enough in the league on average to justify a first round pick, especially when you can fill another team need with an equally talented player. I believe one or two of these backs are first-round worthy, but they will still slide into round two.