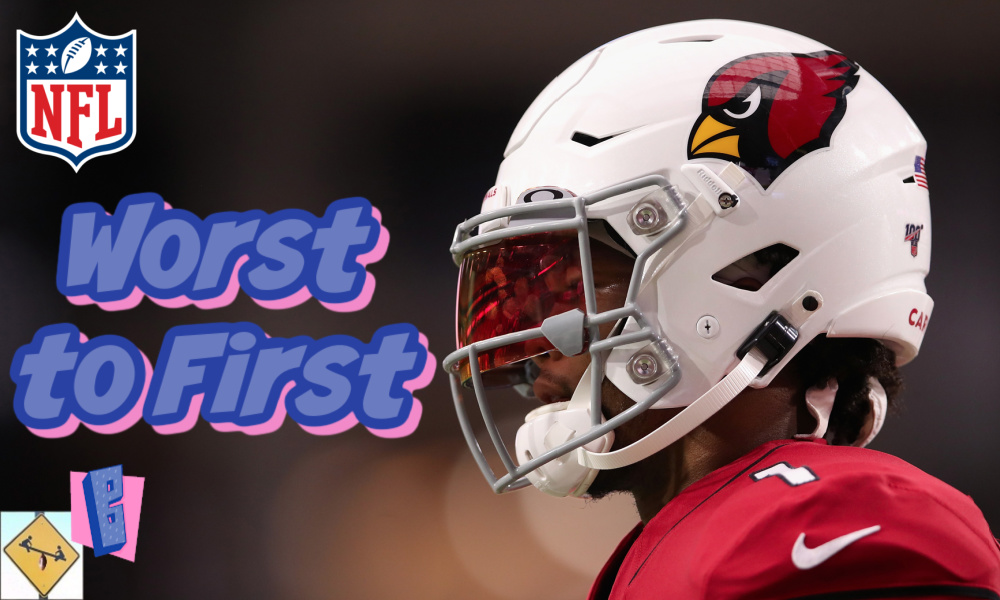 Our wish has come true! The NFL 2020 season is upon us and we’re previewing the NFC with “worst to first” and “first to worst” NFL 2020 predictions, along with every playoff team. Watch out for the Lions and Cardinals.

We have reached September, and it seems like the NFL 2020 is about to start on time. We don’t know if the season will finish with each team playing 16 games, but for now, the NFL looks normal… albeit with different rules pertaining to who will and will not allow crowds. Talk about home-field advantage.

It is impossible to know how each team will react to playing during this pandemic, especially in the NFC with so many “good” teams. The NFL players will not be bubbled off like their NBA or NHL counterparts. But they also won’t be given a normal playing experience. MLB guys have been commenting about how weird it’s been. Some analysts have claimed it would be hard to even take some games as seriously as they should for outfielders just meandering around, sometimes literally hundreds of feet from another human, with no crowd or sound to keep them engaged.

Will NFL defensive backs and wide receivers have similar experiences? It doesn’t seem like they should, but who knows. This is uncharted territory. And if the first NCAA football game of the season was any indication, it will be weird regardless.

So what do we make of the NFC in the NFL 2020? Worst to first is happening, as is first to worst. They always do. Check out our picks and NFL 2020 predictions below, followed by a top level view of the conference.

Who goes worst to first in the NFC?

Todd Salem: My NFC pick is the Detroit Lions. I don’t necessarily think the Lions are more talented than Arizona, but I like their divisional position better. And I like the roster with a healthy Matt Stafford back. How many wins is he alone worth over the Jeff Driskel/David Blough duo that played half the year a season ago?

Dan Salem: The Arizona Cardinals are in prime position to vault up the NFC West ladder. We’ve seen it happen twice in this division alone with the 49ers last year and the Rams a few seasons ago. Only Seattle has maintained its place in the playoff conversation, but most realistic football minds agree they are due for a down year. I like the resurgence of Los Angeles, but if it doesn’t happen then the door is wide open for Arizona. The 49ers likely find a middle ground between their 2018 and 2019 finishes, so why not the Cardinals on top?

Who goes first to worst in the NFC?

Todd Salem: This is tough. I could see Philadelphia having a hellish season, but being worse than Washington? Yikes. I suppose the Green Bay Packers are the most logical pick, supporting my belief that Detroit could be good. The Packers don’t have nearly the talent on their roster as they’ve had in past seasons. If Aaron Rodgers misses more time or continues his decline, the team could be in trouble. They also had a relatively weak point differential in 2019, as well as an unsustainable 9-1 record in one-score games.

Dan Salem: The easy answer here is the Philadelphia Eagles because the Eagles are primed to tumble. They “won” the NFC East with a measly 9-7 record last year, barely squeaking by the 8-8 Cowboys. Perhaps Carson Wentz regains his once dominant play, but more likely he continues to be good but not great. It’s hard to imagine the Eagles being worse than Washington, but maybe Washington’s second year QB plays great. Or maybe Alex Smith comes back. Now we’re talking.

Who are the seven NFC Playoff teams?

Todd Salem has… Dallas, Detroit, Minnesota, New Orleans, Seattle, San Francisco, and Los Angeles. Dallas gets the bye out of what becomes the worst division in the NFC (again).

Dan Salem has… Dallas, Green Bay, Minnesota, New Orleans, Atlanta, Tampa Bay, and Arizona. The bye goes to Green Bay because their division proves to be the worst of all.

Todd Salem: In the NFC, there are a slew of teams I consider in the middle of playoff contention. It seems like the deeper conference for sure between it and the AFC. Also, unlike the AFC, there doesn’t strike me as one or two definitive elites. The entire conference cascades down until we reach the Washington Football Team at the bottom.

The highest win total projection has been given to San Francisco, but eight teams were given over/unders between 9 and 10.5 wins, and two reside in each division. That means there is no clear runaway for any division title, and with the expansion of the playoff field, we will still end up eliminating at least one very good (preseason) team.

In the East, Dallas actually seems slightly underrated, which is hard to imagine for the Cowboys. I don’t expect anyone to bump into the top two of Dallas and Philly. New York could be very good offensively if Daniel Jones keeps getting better, but the defense should be very not good. The reverse may be true of Washington. Neither squad has a full roster to challenge for the playoffs.

The North is down. I don’t think any of the four will challenge for the one postseason bye. However, I’m higher on Detroit than some. The Lions are better than the Bears, and they could even push the top two if they get lucky.

The South is where all the fun is at this season, with Tampa Bay being the new contender. The Bucs’ defense should be really good too, which helps its case. Atlanta isn’t getting a lot of love, but the Falcons should be in that playoff mix. Carolina is the only noncontender as it reboots its franchise under Matt Rhule, though even the Panthers have a load of talent in-house.

Out West, I could see all four teams contending. The stats point to regression for Seattle, but it’s hard to bet against the infrastructure, especially during a limited and weird offseason. How much does Arizona improve and Los Angeles bounce back? There is no weak link here.

Dan Salem: I like the word quagmire, do you? This is probably the single best word to describe the NFC for the NFL 2020 season. No one is safe at the top and only a team or two feels safe at the bottom. Several teams, namely the Packers and Seahawks, had incredible luck last season which vaulted them up the standings. Tom Brady now joins the mix, we have an additional playoff team, and there are simply too many good quarterbacks leading quality teams to have a reasonable sense of dominance without seeing anyone on the field. This is what we lose without a preseason.

Who made these NFL 2020 Predictions: