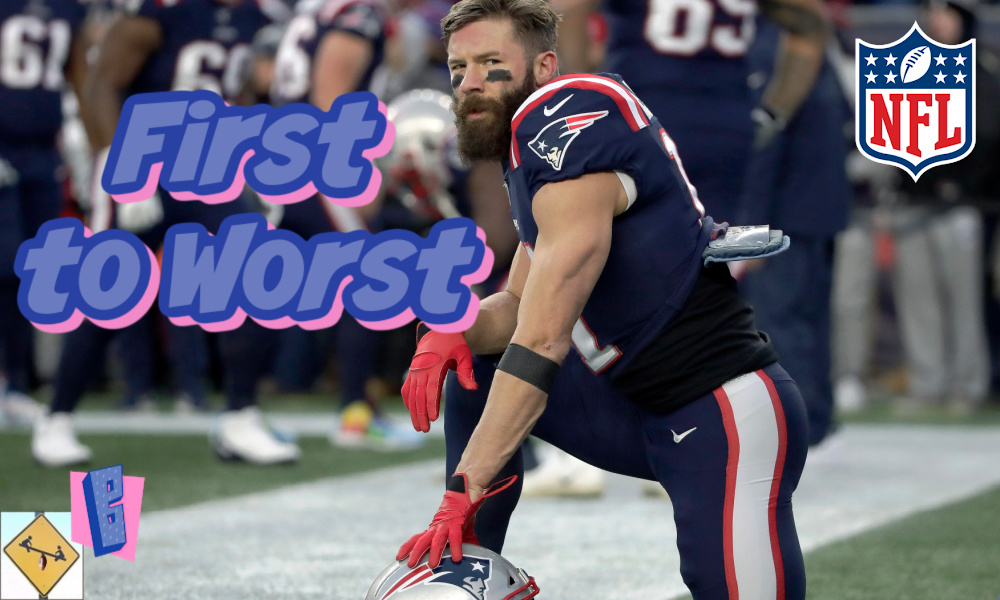 You’re welcome. The NFL is back and we’re previewing the AFC with “worst to first” and “first to worst” NFL 2020 predictions, along with every playoff team. Sorry not sorry Patriots and Texans.

The AFC is a very different story than the NFC to start this NFL season. Obviously, everything we don’t know overwhelms what we do know; and that’s true even in normal circumstances during normal offseasons. But on paper, the AFC feels top-heavy and not nearly as balanced as its counterpart.

Does this unbalance in the AFC mean more upheaval or more chalk? Our NFL 2020 predictions will answer all of your questions. Worst to first is happening, as is first to worst. They always do. Read on for our playoff picks and team analyses, followed by a top level view of the conference.

Who goes worst to first in the AFC?

Todd Salem: This is so tough this year in the AFC. I would have immediately zeroed in on the last-place team from the South moving into first, but it really looks like Jacksonville is willing to sacrifice the season for long-term growth. They don’t really have an NFL-caliber roster right now. That moves me to the Los Angeles Chargers, who were far and away the best last-place team from last year.

The Chargers had a nearly identical point differential to first-place Houston a season ago. It has talent all over the roster, and I actually think the team could benefit from finally moving on from Philip Rivers, even if Tyrod Taylor is less talented. Who knows, maybe that will switch their late-game luck. The biggest issue with this pick is obvious. The Chargers have to finish ahead of the Chiefs.

Dan Salem: Picking no one is not an option, as this routinely happens to our “surprise” and admiration. Picking the Chargers isn’t an option, because you chose them and no way they surpass the Chiefs. No way Cincinnati surpasses both Baltimore and Pittsburgh either, not with a rookie quarterback. This leaves either Jacksonville, who is playing for its next quarterback, or Miami, who is waiting to play its next quarterback.

My gut says no one in the AFC actually pulls this move off this season, but when forced to choose who is most likely, it’s the Miami Dolphins. They are one rookie hot streak from Tua away from toppling the most unknown division in football. If Josh Allen struggles, he’s inaccurate enough to throw too many picks, and if Sam Darnold struggles, he has no number one receiver, and if Cam Newton struggles, his offense lacks weapons too, then the door is wide open for Miami to steal the AFC East.

Who goes first to worst in the AFC?

Todd Salem: The pick is the Houston Texans. The Texans play in a tough, hard-fought division. They have major injury question marks for some of their best players on both sides of the ball. If things start to snowball, no one would blame Deshaun Watson for checking out and hoping the GM Bill O’Brien would finally get fired. As I stated before, the Jags might not have a roster of quality heading into the year, but that doesn’t mean the players won’t be trying. They remind me of Miami last year. Everyone assumed because the roster wasn’t NFL-caliber, that meant the players would throw in the towel. Not necessarily. Jacksonville can compete enough to finish ahead of Houston.

Dan Salem: Piggybacking on my Dolphins pick, its the New England Patriots who go first to worst. This does not mean they win fewer than six or seven games, but it does mean they are playing for a top ten pick in next year’s draft. Newton is a solid quarterback, but who is New England’s number one receiver or top running back? Who is their tight end? The AFC East is full of teams on the rise, except for the Patriots. If any season was ripe for a quick and dirty reset, it’s this one where New England has a ton of built in excuses for its poor record. Heck, I’ll go so far as to say Cam Newton has a very good season and the Patriots still struggle to only six wins, a game behind Buffalo.

Who are the seven AFC Playoff teams?

Todd Salem has… New England, Pittsburgh, Baltimore, Indianapolis, Los Angeles, Kansas City, and Denver. No one can unseat the Patriots in the East, though they don’t come close to reaching the first-place bye. That goes to the rejuvenated Pittsburgh Steelers.

Dan Salem has… Miami, New York, Baltimore, Pittsburgh, Tennessee, Indianapolis, and Kansas City. I don’t actually want to acknowledge my earlier predictions in my playoff field picks, but it’s only fair since you did. A record of 9-7 is the hot new trend in the AFC, with four teams all making the playoffs with nine victories.

Todd Salem: In the AFC East, is the reign of the New England Patriots finally over? With Tom Brady out the door, an underwhelming group of skill players surrounding Cam Newton, and a defense that will be without a number of pieces due to COVID opt-outs, this certainly feels like the year. But who of the other three squads is good enough to take the crown? Buffalo seems like the obvious choice until you remember it is led by one of the few quarterbacks in the league who was more inaccurate than Brady a season ago.

Baltimore would seem to have a stranglehold on the North. However, it shouldn’t be as big of a runaway as it was in 2019. Pittsburgh is ready to rebound, and Cleveland seems primed to be a post-hype sleeper. The Browns have much the same talent that everyone fawned over last year, just without the hype and a new head coach. Cincy will be last again.

The South is perennially interesting, mostly because no one stands out. That should be true again in 2020 after Houston traded away its second-best player in the offseason. The Texans also had a point differential more reflective of an 8-8 or 7-9 team rather than the 10-6 record they finished with. Perhaps Jacksonville isn’t trying to be in this conversation, but everyone else is vying for a division title, let alone a playoff berth.

Will Kansas City have a championship letdown? Even with it, could the Chiefs win the West again? After all, they had a five-game cushion in the division a season ago.

Dan Salem: Upheaval is the word to describe the AFC this season. Mark that down as a lock for NFL 2020 predictions, as only the Kansas City Chiefs retain their division title. I expect a small Super Bowl hangover, but not a large one. Otherwise, we have a ton of above average teams and very few great ones this season.

Who made these NFL 2020 Predictions: