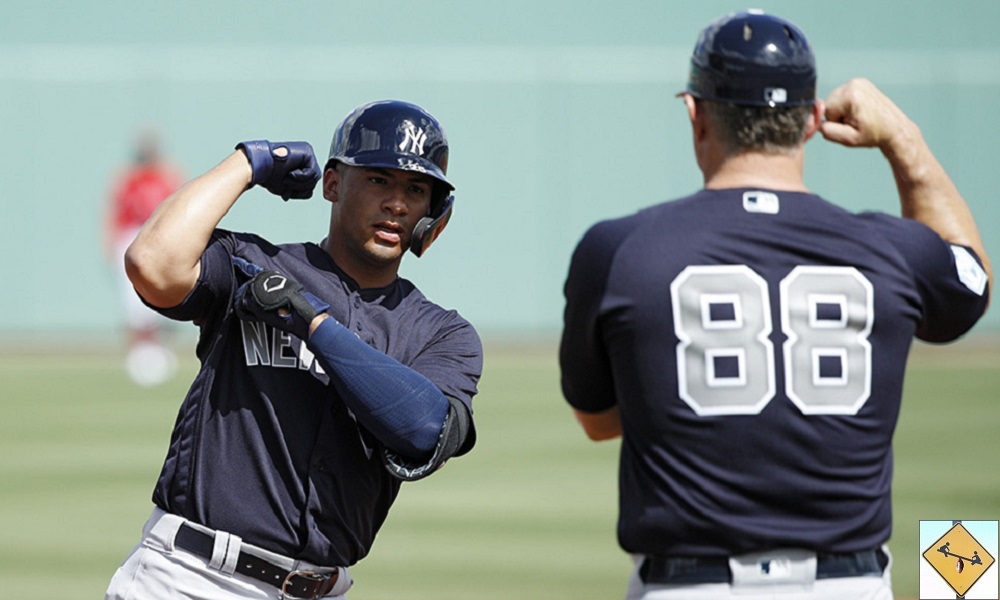 It was a foregone conclusion. The New York Yankees saved up to spend big on Bryce Harper and/or Manny Machado. Except they didn’t, failing to be the ‘Best Team Money Can Buy.’ This is great news for everyone.

The Bronx dream is over. Over the weekend, Bryce Harper finalized a deal with the Philadelphia Phillies. This was the latest knife slash cutting up the theory that the New York Yankees were waiting in the weeds to take advantage of other teams’ desire to hold spending.

All last year, we were spun a tale about the Yankees getting under the luxury tax threshold in order to reset their penalty and spring back into the lead in terms of salary the following season. Fans rooted for cautiousness and hoped the team saved some dough for this innocuous future scenario. We arrived this winter, and instead of breaking the bank for a big star, New York filled in its roster holes with third-tier players. The organization has a very good team right now, but it isn’t the best team money can buy. It didn’t want that team.

The salary space was supposed to be saved for Manny Machado or Bryce Harper. Neither player was courted heavily. Then, rumors persisted that instead of splurging now, the Yankees were actually waiting for next year to sign Nolan Arenado. That was the real grand plan. The money would be kept low again, but you just wait.

Arenado signed an extension with Colorado, ending that charade that never really existed. And now New York waits for Mike Trout the next, next season. The front office’s cover has been blown though. The Yankees aren’t pulling a fast one on the league. They are falling in line with everyone else: treating the luxury tax as a pseudo salary cap to hold down player salaries and increase profits.

This “strategy” is likely going to lead to a work stoppage when the current collective bargaining agreement expires. And the spending habits of tops teams like New York and Los Angeles are certainly not the only issue. It is perhaps a bigger issue that teams like Seattle and Arizona seemed to be dumping all useful players this offseason in order to reset their roster and rake in hordes of dough as they drop down the standings. The combination of all these strategies is what is so alarming. Teams at the top are holding themselves below an imaginary cap. Teams in the middle see it as more profitable to move towards the bottom. And teams already at the bottom see no need to spend at all until the time is right, a la Cincinnati this winter.

Also on BuzzChomp: Game of Thrones Merch for obsessed fans

There was a chance to make great strides over the competition on the field because of this. That is arguably what the Reds did, even if it was just a coincidence of timing. Philadelphia may have actually done this, as it locked up Harper for more than a decade after already adding multiple pieces from tanking teams to a borderline playoff team.

While the Red Sox shave dollars and refuse to re-sign their only good reliever, the Yankees could have lapped the competition by signing Machado or Harper. They have a World Series-type roster as it stands, but being good enough to compete is not the same as building the best team possible.

The New York Yankees are in a unique position, because they can presumably afford to do whatever they want in terms of adding or keeping players. Even if New York had added a big money contract this winter, they can presumably afford to keep all of their current young stars a few years down the road. I’m no finance expert, but spending as much as possible has never gotten anyone anywhere. Spending smart and building a team is how champions are built. Did we learn nothing from the mistakes of our past?

It’s impossible to ignore the damaging trends in baseball. Teams purposely cutting talent and salary to bottom out and cash in must stop. For every one team that bottoms out and is able to restock its roster and become a winner, there are ten more that just suck for a long time while making a ton of extra money. Those same teams could have remained competitive if they spent a little more. Unfortunately, this is what happens when a sport becomes a business. You can’t stop teams from tanking, even by making them spend a minimum on talent. What you can do is remove the egregious money gap between the big and small market teams.

By respecting the luxury tax, the Yankees are in fact helping the sport of professional baseball, while simultaneously learning from their past mistakes. New York won exactly one World Series during years when they bought every possible free agent worth buying. The dynasty of the late 90’s and early 2000’s was built more from a young core than buying veterans. The New York Yankees currently have a young core of highly talented players. What is most important is team chemistry among their existing talent. We witnessed last season how Boston used incredible team chemistry and solid managing to turn their good roster into the best in baseball.

What’s better for New York, a max money player who may be the best at his position, or a savvy veteran who has been on the team his entire career? Its worth noting that the Yankees already have a top five player at this position. Do you want Bryce Harper or Brett Gardner? Harper is obviously better, but Gardner is the heart and soul of this baseball team. You already have Aaron Judge. Its an interesting debate, because its hard to measure intangibles and motivation. Let’s just say Gardner might be the most motivated man in Major League Baseball this season, aiming to win a title and retire on top.

I’m not a fan of the monetary trends in baseball, but I view the Yankees as part of the solution. Instead of perpetuating the divide, they are building a team from the inside and spending money. They might not be spending as much money as possible, which is in fact the problem of a team like Seattle. But New York still has one of the top payrolls in the sport.

The Yankees locked up their future this offseason and added veteran depth to a team that went deep into the playoffs last year. They lost basically no one from the core that won last season. Seattle has done the opposite. Spending smartly should be lauded. The New York Yankees are a better team that in 2018. That’s what matters.

Connect with our Writers: