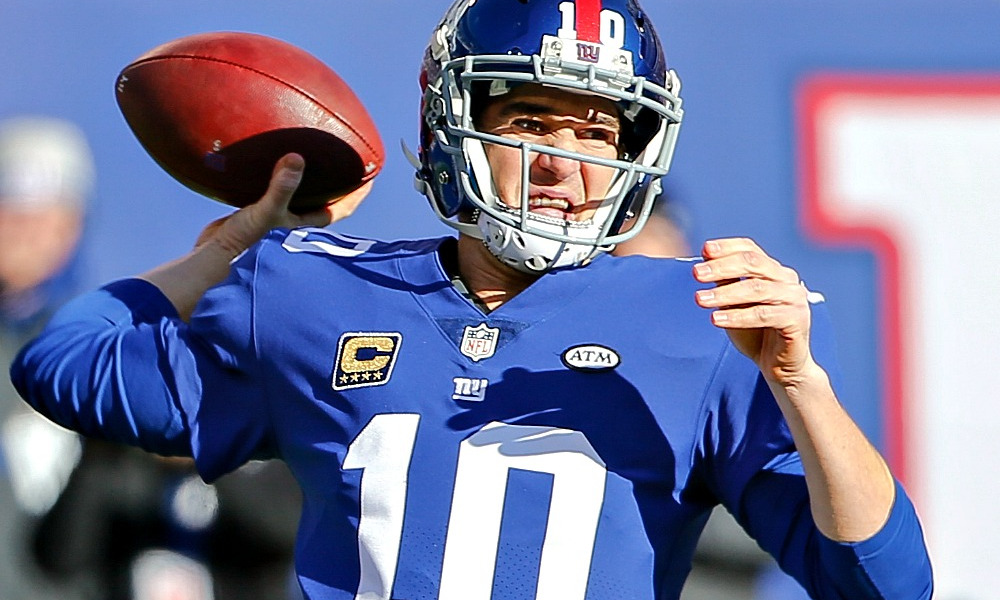 The New York Giants hope to copy the Kansas City model of quarterbacking. There are many more steps to that plan, though, than one realizes.

This past week, New York Giants general manager Dave Gettleman spoke in favor of the model the Kansas City Chiefs employed in transitioning from a veteran quarterback to the QB of the future. The implication was that his Giants would like to find a similar plan for 2019. But taking the basics of the Kansas City model ignores everything else and everything fluky that went into the Chiefs’ immediate success.

The basics of the Kansas City model in question are as follows. A team drafts a highly talented quarterback in April. He sits a year behind a veteran passer who teaches him the league and the offense. The next season, the young quarterback takes the reins from the veteran and unleashes the greatest offense in the history of the sport. Done and done.

Though it sounds ridiculous, Kansas City actually put this plan in motion and had it succeed. But the success ignores so much of what was either unexpected or cannot be duplicated just like that.

First off, the Chiefs with Alex Smith behind center were good. They were much better than these New York Giants have looked the past two seasons. The transition from Smith to Patrick Mahomes went so well because the team around Mahomes was so good. That isn’t necessarily the case with New York. Eli Manning, in some respects, seems to be holding these Giants back, but that is a risky gamble to assume a rookie or second-year quarterback would suddenly flourish with the same roster.

The Chiefs, keep in mind, moved to Mahomes and gifted him the fastest wide receiver in the game, the best tight end in the sport, and arguably the most well-round runner in the backfield. They had a respected passing mind on the sideline as well in Andy Reid.

Even still, when KC moved from Smith to Mahomes, it was met with some criticism and was no slam dunk to even work. Mahomes was a messy prospect that needed to be taught. He was wild with his throws and inconsistent with his decisions. He sat for a year but only saw action in a single contest before being handed the team ahead of a successful veteran.

Perhaps the most important part of this Kansas City model was what happened with Mahomes after the Chiefs drafted him. The organization took that raw prospect and turned him into a finished passer in one season. That is the real Kansas City model. Forget all of the other pieces. Can the Giants do that?

So step one in replicating the Chiefs is drafting a quarterback with talent. The Giants can do this with the sixth pick in the 2019 NFL Draft. Step two is having said passer learn for a season behind a talented veteran, in this case Manning. Step three is that he takes the starting job in 2020. Simple enough.

But in between steps two and three is a massive challenge; teaching the kid to harness all of his skills and execute against the best defenders in the world. And alongside all three steps is having an offense and a mindset in place to excel. Great quarterbacks can throw wide receivers open, but great offenses have players running open so the QB doesn’t have to. Great plan Dave, to match the Kansas City model. Just know that finding the next Mahomes is just one piece of that model.