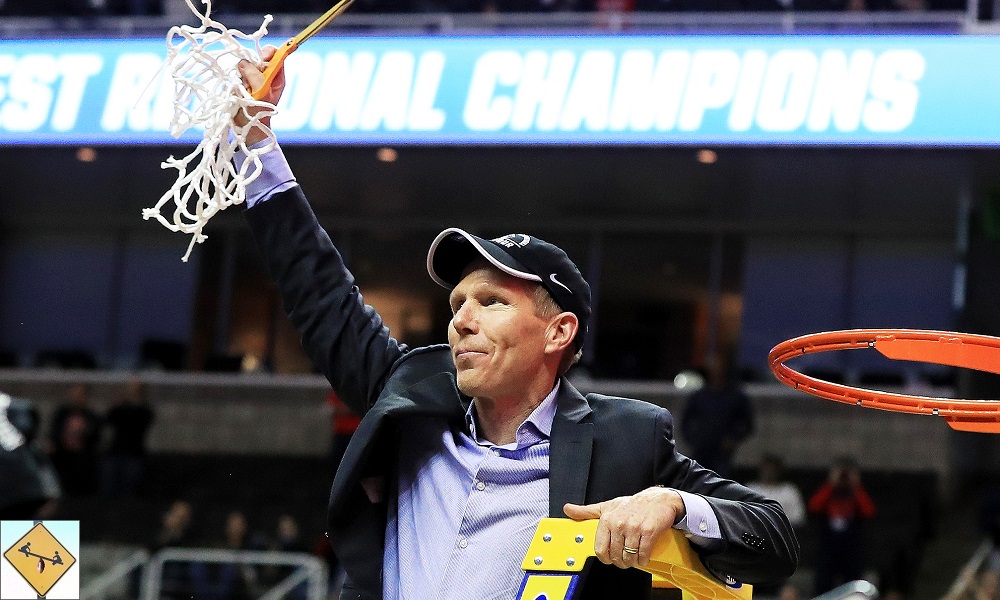 Here’s a fun game. Can you name the 10 highest scorers in Division 1 basketball history? Two of the top 10 just joined the list this very season; one doing so over the weekend.

Okay, this isn’t actually a fun game at all. Few of the top 10 highest scorers are college stars. Mostly, they went to smaller schools and came and went. The two players to join the list this season are no-names (Mike Daum and Chris Clemons) who go to South Dakota State and Campbell respectively. The biggest name on the list also happens to be number one all-time: Pete Maravich. The point is it’s interesting to see how some stats still do not penetrate sports consciousness. Few other than the craziest college basketball fans can name even 50 percent of this list. And it’s the all-time leading scorers in history!

What stands the test of time in college basketball is the Final Four. Stats don’t really matter, perhaps because of the wide scope of the sport (350+ teams competing) and the differing talent level between teams that happen to still play at the same level. Kentucky and South Carolina Upstate not only play the same sport, but play in the same division, technically competing for the same spot in the NCAA Tournament. Their paths will rarely ever cross, though, which makes NCAA basketball so unique.

Final Four berths are the stats that people care about and remember. We don’t have a clear top four in the country this season. There are a number of teams who could make it all the way to the finals. With the Duke injury to Zion Williamson, perhaps one contender actually fell off the top line. Prior to conference tournament play, who are you eyeing for the Final Four this March? Is Duke still in there? What if Williamson decides not to return to the court until he’s being paid (over the table *wink emoji*) to do so?

My Final Four 2019 still includes Duke. I’m banking on Zion making it back and wanting to make it back. That makes Duke, once again, the best team in the country. Joining the Blue Devils in my early, pre-bracket Final Four are:

ALSO ON BUZZCHOMP: 5 Reasons Varys is a Merman in Game of Thrones

Kansas: The preseason number-one team in the country who has battled through one of the hardest non-conference schedules in the country and came out with wins over Michigan State, Tennessee, and Villanova. The Jayhawks have struggled a bit in conference play, but they have also had their main rotation very rarely. Of the seven players who average at least 20 minutes per game, only three have played in every game. Udoka Azubuike isn’t coming back thanks to his injury, but Lagerald Vick could return any game now, Ochai Agbaji is getting up to speed with his teammates, and Marcus Garrett just returned after a five-game injury absence.

Kentucky: One of only four teams in the country to rank in the top 10 in both offensive and defensive efficiency. After a slow start, the Wildcats are rolling and look like a mirror image of fellow preseason top-five Kansas. Being highly ranked in the preseason doesn’t always mean anything, but those are usually regarded as the most talented teams heading into the year. For UK, the team is now playing up to that standard.

Marquette: *shrug emoji* The Golden Eagles are one of the better offensive teams in the country. They are one of the premiere shooting teams in the nation, ranking in the top 10 in both three-point percentage and free-throw percentage. That wouldn’t be enough to sway me towards their side, but they also currently rank 28th in field-goal defense. If your opponent shoots 40 percent from the floor on average, and you are capable of lighting it up from every spot on the floor, I like your chances of going on a tournament run. If Marquette could solve St. John’s, it would be 25-2 right now to boot.

I reckon I can’t name the top 10 leading scorers in college football history either, but that’s on me. Your “game” is lame, but at least it was a fantastic segue into our Final Four 2019 predictions! Zion is coming back for the tournament because he can’t go down as the guy who abandoned Duke. Its freaking Duke! I’m also putting more stock into current success, rather than potential tournament success or preseason predicted success. Sorry not sorry Kansas, currently ranked 15th in the top 25 and seven losses deep.

Duke: The Blue Devils were thought to be the best team entering the season, have played like the best team most of the season, and were ranked as the best team on and off all season. It would be an upset for them to get bounced prior to the elite eight, but they are better than that. Duke might be one of the best teams of all time. They make the Final Four 2019.

Gonzaga: The Zags get no respect from you, so I’ll pick up the pieces. Gonzaga is currently ranked number one in the country and has only lost twice this season, to Tennessee and UNC. Both teams are very good. The Zags even beat Duke, putting them in prime position for another deep tournament run. This season feels like chalk, putting Gonzaga into the Final Four.

Tennessee: Maybe I have recency bias, but I like how Tennessee is playing this season. They’ve beaten the best teams and their losses all come against top teams as well. This bodes well for March Madness. A little adversity right now is also good, because Tennessee is in danger of buying its own hype. They will be counted out, yet persevere to make the Final Four 2019.

Michigan State: Upset city baby! I was torn about this final pick, and nearly chose Kentucky or UNC. I feel as though we get mostly chalk in the tournament’s final rounds, but there’s always one surprise. Michigan State seems to “come out of nowhere” every few seasons. Their resume leaves something to be desired, but I’m feeling the magic. That or Kentucky makes it and we get chalk upon chalk upon chalk.