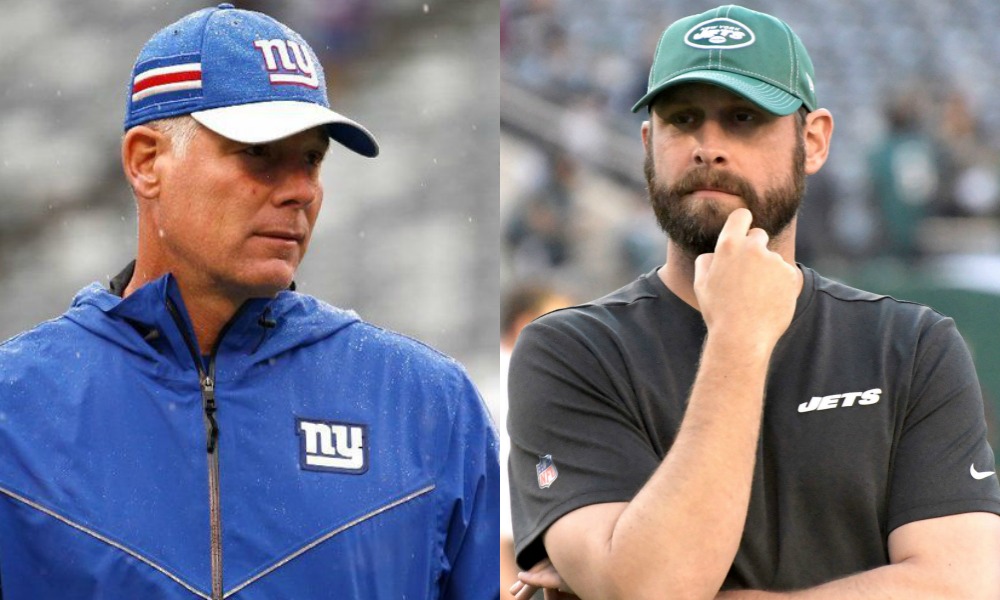 New York Jets vs Giants is a rivalry written in blood, except that both teams stink and neither seems to know what they are doing. This is called denial.

What happens when your garbage dump fills to the brim? You ship your trash down the street and pay someone else to take it. In the case of the New York Jets vs Giants, Gang Green managed to ship what it deems junk across the hall and get paid for the privilege. Big Blue graciously forked over draft capital for the Jets’ junk. Gang Green graciously unloaded a talented player for further rebuilding. New York is living in denial.

As a fan of the Jets, I’m happy to see the team acknowledging the mistakes of its past. Getting future draft capital for a talented player like Leonard Williams is crucial, since they had no intention of paying him to stick around. But its also naive to think that trading one of your best “grunt” players will make this team better. Williams rarely made big plays, but he was also always on the field doing his job. What would the Jets defense look like with healthy linebackers and the two Williams on the line? We’ll never know.

As a casual observer of the Giants, It’s exciting to see them going for it this year. But its naive to think they can easily close the gap between themselves and the Philadelphia Eagles. While its true that Big Blue is close in the standings, the Giants are extremely far off in reality. Daniel Jones is not ready to lead a playoff run. The offense is still banged up and the offensive line is still quite horrible. Defensively, Big Blue is even worse for wear. Adding Williams may improve their run defense, but it won’t help in the passing game. There is also the Dallas Cowboys to contend with. Frankly, the Giants don’t have the firepower to win the NFC East.

What are the Jets and Giants thinking? Denial is a powerful weapon against solid decision making. Gang Green is smart to load up on draft picks and look toward the future. This season feels over. But I can’t help but think that jettisoning Williams will rip apart the locker room at the exact time they need someone to help hold it together. The Jets are about to face the Miami Dolphins and trading away teammates is a sure fire way to ensure your team forgets to show up and loses to the league’s worst club.

Big Blue’s denial is significantly worse. Jones is a rookie who is still learning. Barkley is a star player who must not be sacrificed in a lost season. The Jets have a 0.4% chance of making the playoffs. The Giants’ chances are even worse at 0.2% right now. We are halfway through the season and neither team is going to make the playoffs. We are halfway to the best time of year for New York football, the offseason.

In the offseason we have hope and gain potential. We get to wish and wonder about the NFL Draft and envision a season of success down the road. Right now two hapless teams are on a trajectory towards the bottom. New York Jets vs Giants will be reality on the field in early November, but don’t expect many fireworks. What was once called the Snoopy Bowl during preseason meetings must now be known as a different name. Let’s be real. This is a Powderpuff.