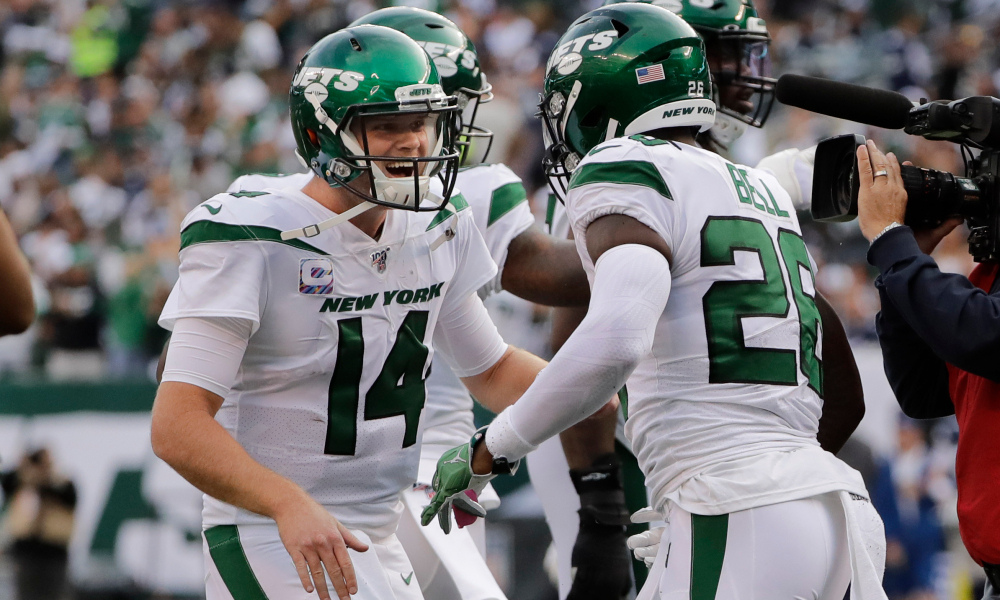 One player makes an enormous difference and the New York Jets suddenly have life in a crowded AFC. New York’s clinic versus the Cowboys changed the dynamic of their entire season.

When Sam Darnold was medically cleared to play early last week, we all assumed that he would bring a much-needed boost to the New York Jets. Their offense was horrific to say the least, so change was inevitable.  What we did not expect was what we saw on Sunday afternoon versus the Dallas Cowboys. Not only did Darnold display his arm strength and his ability to move the pocket, he also showed what a franchise quarterback does for a team.  Sam is back, and just like that, the New York Jets have life.

The Jets put on a clinic in the first half against Dallas.  It was clear right from the start that this was a different team with a different mindset.  Darnold started the game with an 18-yard pass to Demaryius Thomas and off they went.  The offense was well balanced and finally did not revolve around Le’Veon Bell and the running game.  New York forced the Cowboys defense to actually play defense, which they failed to do. It was exactly what fans were hoping for.

All of the Jets wide receivers had great days, and Darnold did a great job of stretching the field and using all of his weapons.  That pass to Robby Anderson for 92-yards was a thing of beauty.  Is it a far stretch to say that the best quarterback on the field yesterday was not Dak Prescott? Darnold was absolutely better. Now ponder that thought.

The Jets defense was no slouch either, hitting Prescott whenever they could and as hard as they could.  Jamal Adams looked like a beast, and rookie Quinnen Williams looked every bit like the third overall draft pick that New York was expecting.  Yes, at times, they were outmatched.  However, when push came to shove and they needed to make a play, defensive coordinator Greg Williams pushed all the right buttons and New York was ready.

The score was closer than it looked and the refs certainly helped Dallas late in the game.  Most of the Cowboys points came in the 4th quarter when the game was pretty much locked in.  In typical Jets fashion, they tried to kill us, but it was worth it!  Around 5:00 PM ET, I actually had to pinch myself. Was THIS the Jets? No one counted on them to win this game, including myself.  I’m pleasantly surprised by how well this team played actually played.

Also on BuzzChomp: Fall Decorations that go beyond Halloween

New York’s next game will be a true test against their arch-rival New England Patriots.  The Jets are expecting to have CJ Mosley back, which could be nearly as impact-full as Darnold’s return. Another solid week of Darnold behind center in practice and we have ourselves a real football game.

The Patriots did not look good against a poor New York Giants defense. Tom Brady is starting to look his age.  With Sam back and the Jets defense at full strength, can this be the week?  Isn’t it amazing what a win will do! Prediction: Jets 24 – Patriots 23