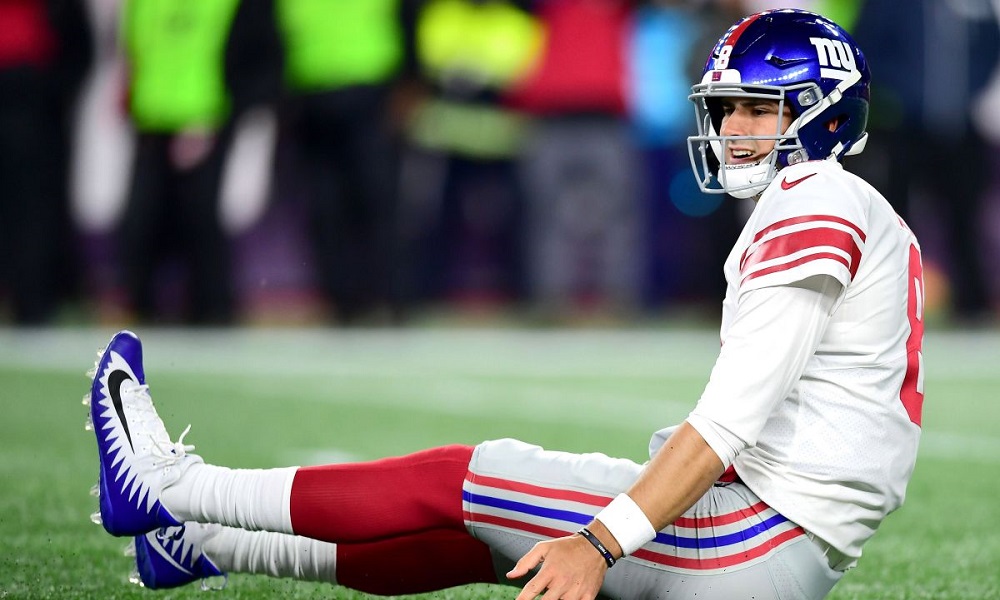 Do you believe in moral victories? For a team led by a rookie quarterback, they certainly exist. The New York Giants just had one and it means everything.

There are no moral victories, but if they do exist then the New York Giants earned one Thursday night versus the New England Patriots. It wasn’t pretty with no Saquon Barkley, no Evan Engram, no Sterling Shepard, and no Wayne Gallman. Yet the Giants were impressive and the outcome proved everything I’ve been saying and more.

Playing the Patriots is never an easy task. Take away four of your main playmakers and it’s a virtual impossibility to win. That being said, you would never have known that New York was an underdog last Thursday night in Foxborough. The Giants left New England with their 2nd loss in four days, but this particular loss felt quite different.

Falling to New England didn’t look or feel like the beating the Giants were supposed to take. The final score was not indicative of the game itself, and it took the Patriots’ offense a full quarter to get points on the board at all. The seemingly “terrible” New York defense forced numerous stops, including a 4th down stand, two punts and an interception all in the first quarter. This set the tone for what became a competitive game, and laid the foundation for the rest of the season.

The Giants did make mistakes. Can you believe their kicker punted the ball into the helmet of his teammate, resulting in a Patriots’ touchdown? Shortly thereafter, a Daniel Jones interception made it 14-0 New England. It was the game we all expected, until the Giants offense suddenly woke up.

Out of nowhere New York found some magic and Golden Tate caught a 64-yard TD pass. The Giants had some life and three plays later Lorenzo Carter strip sacked Tom Brady. Markus Golden scooped it up and just like that the game was tied. What should have been an easy Patriots victory was suddenly 14-14 deep in the 2nd quarter. Was it possible?

New England made it 21-14 at halftime, which was nearly the best case scenario for our young football team. The Giants entered the locker room with their heads held high. Then on the first drive of the 2nd half we came crashing down to Earth. Jones threw a terrible interception on the Patriots 18-yard line, erasing any chance at a real comeback.

The final nail in the coffin was when running back Johnathan Hillman, subsequently released, fumbled the football. This resulted in another New England touchdown and essentially put the game out of reach. The Giants were held scoreless in the 2nd half despite numerous opportunities. Costly turnovers stopped any momentum they had, which is the one area that still needs to be cleared up going forward.

If you just saw the final score, then you would have thought this was business as usual. You’d have thought the Patriots cruised to another lopsided victory, but that was far from the case. I saw more positives in this loss than any game this season. The Giants limped into Foxborough on a short week with a M* A* S* H* squad and gave New England everything they had. It was great.

The Giants defense showed me they are starting to gel as a unit. They stared down the best team in the league and showed everyone they are not a doormat. With three sacks, one interception, and a strip sack return for a touchdown, New York made waves. If they can do this to the Patriots, then I can’t wait to see what they do to the Cardinals next week.

This game came at the perfect time for the Giants. Not only did it give the team more time to get healthy, but it also shows us this is not a wasted season. There are more good days on the way. Let’s just hope this was the last game played without Barkley and Engram. Those two are crucial to our offense and Jones’ development.

As amazing as it sounds, the New York Giants are only one game out of first place in the NFC East. The overrated Cowboys lost their third straight and the Eagles once again looked like just another average football team. New York is right where it wants to be. With the teams in front of them going backwards, the Giants are poised to quickly move up the standings. I am optimistic about the rest of the season, because anything can happen.