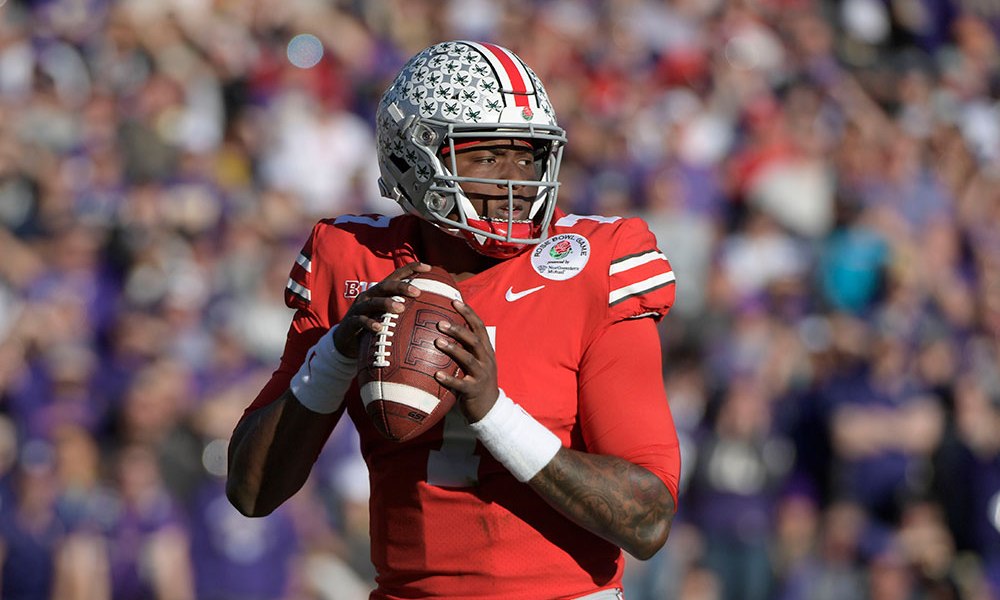 The New York Giants have the sixth pick in the 2019 NFL Draft. All signs point to them needing a quarterback. Even if the draft order works in their favor, is there actually a prospect worthy of that selection?

The 2018 season was a real bad one for the New York Giants. Preseason expectations had them battling for a playoff spot. How naive we were! Instead, the Giants were a contender for worst record in the league for much of the season. A mini run after their bye week pushed them out of the running for a top five pick, but they settled into the sixth selection when everything was said and done. With the goals the franchise should have, the sixth pick is certainly a workable position.

One obvious shortcoming of New York’s season was behind center (and next to center and at center, but everything can’t be addressed with one pick). Eli Manning is on his last legs in the NFL. Don’t be fooled by his solid numbers or improving second half. He can’t make the throws he used to make, cannot move in the pocket at all, and lost much of his downfield accuracy. Because of his contract, releasing him would work in the New York Giants’ favor in terms of the salary cap. The team would save $17 million of his $23.2 million cap hit next season if it cuts him. That means, New York should be on the lookout for a franchise quarterback to pair with Saquon Barkley and Odell Beckham. It is the missing piece to a playoff team (other than the other, additional missing pieces on both sides of the ball).

Number one doesn’t appear to be much of an issue this year, which greatly helps the Giants. Arizona drafted their QB of the future just last season. San Francisco spent big on Jimmy Garoppolo. The New York Jets drafted their QB last year as well. The teams selecting one through three won’t even be considering the position. Of everyone ahead of New York in the draft, Oakland and Tampa Bay perhaps should be looking for that next passer, but even they probably won’t be. Oakland has a similar contract out with Derek Carr as the Giants do with Manning this offseason, but Carr is still only 27 years old. And as for the Buccaneers, they are publicly committed to Jameis Winston. Who knows if that lasts beyond 2019, but Winston is likely behind center next season.

This opens up the door for the New York Giants to acquire the best quarterback in this year’s draft class, even sticking in its sixth position. There will be concern about another team hopping them by trading up. Jacksonville at number seven is the biggest threat, but that threat would exist if the Giants were picking anywhere besides first overall.

Issue number two is a bigger deal than falling outside the top five. Scouts mark 2019 as a very down season for QB prospects. Last year was a boon for the position. Even with the rookie QBs putting up bad statistics, we found as many as five new franchise passers who all saw significant time as first-year players. 2020 is expected to be a great class as well, if the best draft-eligible passers declare for the draft. 2019 is the hole, which is unfortunate timing. Perhaps the best quarterback, Oregon’s Justin Herbert, already decided to go back to school. The now-best quarterback, Ohio State’s Dwayne Haskins, is available and has been pitching himself to New York on social media.

After Haskins, the Giants would be making a major reach to take any other quarterback sixth overall. No one else even has a first-round grade. Even if Haskins is the player at six, he is a major reach according to some scouts. Quarterbacks always get over-drafted because of their positional importance, but there is an inflection point that shouldn’t be passed. The outside-the-box option could be Oklahoma’s Kyler Murray. But questions about him are even grander. Will he even play football? That is not a risk teams can take with a top-10 selection.

The sixth pick in the draft feels like a great spot to draft the top overall quarterback. Hopefully New York can find a prospect worthy of the selection.