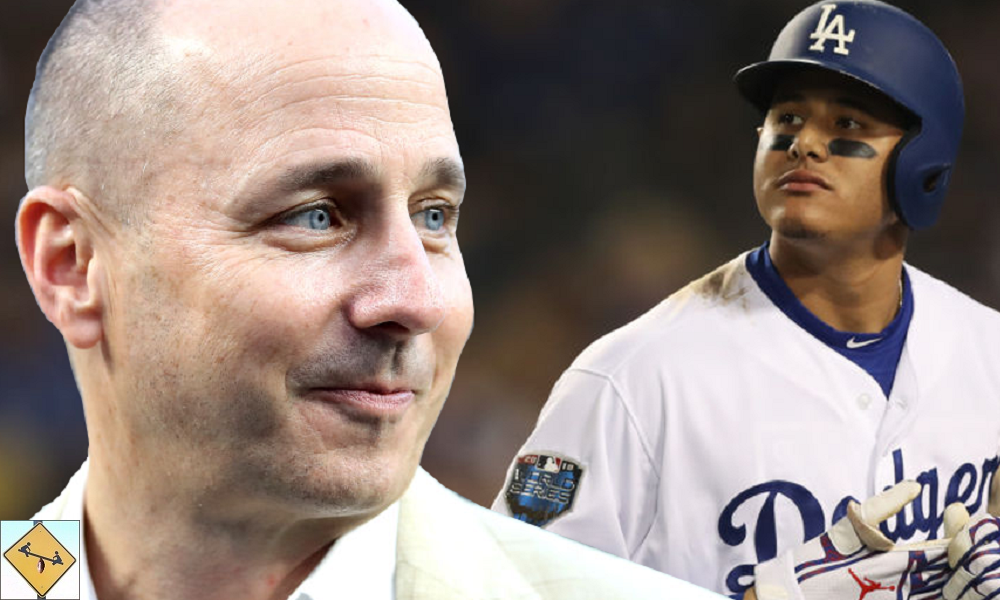 Amid the sloth-like moves and frugal decisions of 2019 MLB offseason sits an undeniable truth. The luxury tax is working, but for all the wrong reasons.

The MLB winter meetings don’t really matter. It used to be the height of offseason movement, but now it just feels like an arbitrary time period before the new calendar year. As we whisked past the meetings this year with nothing all that major taking place, the biggest baseball free agents still sit on the market. And according to reports, that could be the case for quite a bit longer. What do we make of the 2019 MLB offseason?

Bryce Harper isn’t expected to sign anytime soon. And that’s even with the Los Angeles Dodgers unambiguously dumping contracts and outfielders to open up Harper’s new home. Manny Machado has a number of suitors that don’t appear to be gaining an edge over each other either. He apparently wasn’t overly fond of Philadelphia, but that doesn’t mean an overwhelming monetary sum couldn’t make up the difference. Everyone is still in play.

In fact, signings have been slow all-around, with the biggest news nuggets coming from the trade market. It speaks to the trend that began last offseason. Teams are waiting out free agents (for the most part). It’s a buyers’ market. And the trades could be indicative of the same problem of haves and have-nots. The Seattle Mariners and Arizona Diamondbacks, among others, are joining the ranks of teams not planning on even competing in 2019, let alone playing for a playoff spot. It suffocates the list of potential FA buyers.

As with last year, the top buyers also aren’t splurging like one would expect. The Dodgers and New York Yankees specifically had plans to cut costs to get under the repeater luxury tax bill. They both did so, but now it looks like they may be comfortable staying under the luxury tax again. That wasn’t the plan!

The reason to drop below the tax threshold one year was to avoid culminating repeater penalties. Going back over the next season restarts the penalty so to speak. But if the biggest spenders in the league just treat that as a new cap instead (for the sole purpose of saving the owners’ money), it certainly works against any and all free agent players.

Last year, I liked the idea of the Yankees resetting. Now, it feels like they are more concerned with profits (of which there are oodles) than fielding the best possible team. The luxury tax bill also gets overblown when it gets ignored as anything but a statement. The teams want to avoid the tax. Okay, but the tax, even at the highest levels, is something like $20 million. That’s all. That’s nothing. Why is that worth even planning around, let alone avoiding like the plague?

The Yankees should stop messing around and sign both Harper and Machado and figure out the roster construction later. If everyone is going to play things close to vest, summon old Steinbrenner and go over the top for two elite, young hitters who wouldn’t normally be available for nothing but some cash.

Although I agree that its foolish to avoid the luxury tax when it’s dwarfed by the amount spent to reach it, the actual motives behind the tax are succeeding. We as baseball fans must celebrate this surprising turn of events! It’s great news that the teams with oodles of cash to spend are actually showing some restraint during the 2019 MLB offseason, when they previously bought everything in sight. Unfortunately this change has come with another, possibly unrelated, turn of events. Multiple teams are now blatantly tanking as early as possible.

Since teams like the Yankees set the going rate for top of the line free agent players, it was up to those same teams to stop the rising salaries and cap the current price on the best available assets. I think the luxury tax is a convenient excuse for this trend. It’s also attempting to expose a player’s motives. Do Harper and Machado want to play for a World Series contender, or get the most money possible? Will the Yankees allow them to have both? The 2019 MLB Offseason will seek to answer that simple question.

As a fan of the Yankees, I understand why you want both Machado and Harper in pinstripes, but I would prefer to see something more calculated take place. New York signs Harper, only to trade him to Los Angeles in exchange for one of their elite pitchers currently under contract. The Yankees don’t “need” another big bat in their outfield, but they do NEED more pitching. If the Red Sox proved anything last year, it’s that team chemistry makes lesser known players into elite talents. You don’t need big names across your lineup. You need a complete baseball team to win.

Smart long-term planners know that tanking can work, hence teams like Seattle trading away all they can. But those moves turn your team into an unattractive destination for players, working against the goals of tanking. Smart championship builders have learned that star players don’t always mesh well and throwing money at holes in your lineup is foolish. The moves made during the 2019 MLB Offseason must be chess moves, so don’t expect the Yankees or otherwise to tip their hand. I love all of the trades and the silent signings to tease other free agents. But I’m wary of the silent participants with big pockets. Boston has been a little TOO quiet.

Next on BuzzChomp: Dive Into the Waves of Los Angeles (New Video)