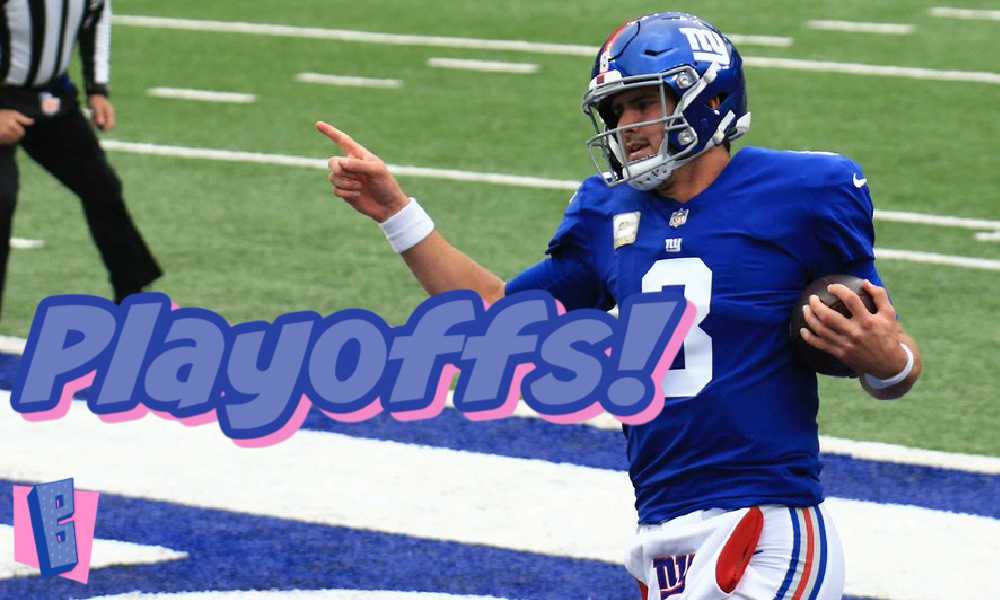 Winning has come hard for the New York Giants, but look at them now! With the best divisional record, New York is officially the team to beat in the NFC East.

What a difference two weeks make. Back to back wins over division opponents has the New York Giants sitting pretty in the NFC East, but can they truly win king of the trash heap? Their division is weak at best, but New York has the best divisional record and is tied with the Eagles for most victories.

Considering four of the Giants’ seven losses were by four points or less, its safe to say this is a half-way decent football team. A two game winning streak over the teams that truly matter would lead one to believe New York is an improving team heading in the right direction. Someone will win the NFC East, so why not the New York Giants? Why not indeed.

More BuzzChomp: Baby Yoda and The Mandalorian are Hard Boiled in Season 2 Ep 2

Let’s sideline the remainder of the schedule for a brief moment, because I want to analyze who defeated the Giants and by how much, as well as those three coveted wins. Have they beaten any winning teams? No they have not, but all three wins were divisional victories. Were any of those four close losses to winning teams? Two of them were, but one is now suspect. Losses to both Tampa Bay and Chicago were very close, but the Bears have since lost three straight and are another defeat away from hitting .500 and looking quite average.

What about those other three losses? New York fell to the undefeated Steelers by ten points in week one, an admirable defeat considering it was the first game of the season. The 49ers smoked the Giants, but this is the outlier. San Francisco is struggling to remain average and outplayed their opponent that day. New York’s final loss was to Los Angeles, a winning team that won a close game by eight points. Simply put, the Giants were blown out only once and lost by ten points or less six times. This is a team that can rise up to compete, or sink deeper into the mud.

What of the remainder of the New York Giants’ schedule? Are the final six games all winnable? The Giants team that just shut down Carsen Wentz can do the same to Joe Burrow and the Cincinnati Bengals in week 12. Then come four straight matchups that every Giants fan should be clamoring for. Let’s call them prove-it games against winning teams with serious playoff aspirations. New York has the opportunity to truly shine, or continue to lose in the fourth quarter to superior competition.

Seattle, Arizona, Cleveland, and Baltimore meet the Giants in weeks 13 through 16 of the season. The Seahawks look vulnerable and can’t stop anyone on defense. The Cardinals are currently riding high, but the Browns and Ravens are looking more and more pedestrian every week. If we get the same Giants team we have all season, I predict one win out of these four games. This puts New York at 5-10 heading into the final week of the regular season.

The Giants will beat the Cowboys to finish 6-10, begging the ultimate of questions. Will six wins be enough to win the NFC East this season? Can the Eagles get any more victories than six? Philadelphia must play Cleveland, Seattle, Green Bay, New Orleans, Arizona, Dallas, and Washington. There are three wins in there, but its hard to see a fourth. If both the Giants and Eagles end with six wins and a 4-2 division record, it comes down to conference record. New York will be at 4-8, while the Eagles will be at 5-7 in the conference. To win this division and make the playoffs, the Giants must beat either Seattle or Arizona. Lose to both and their season is over.