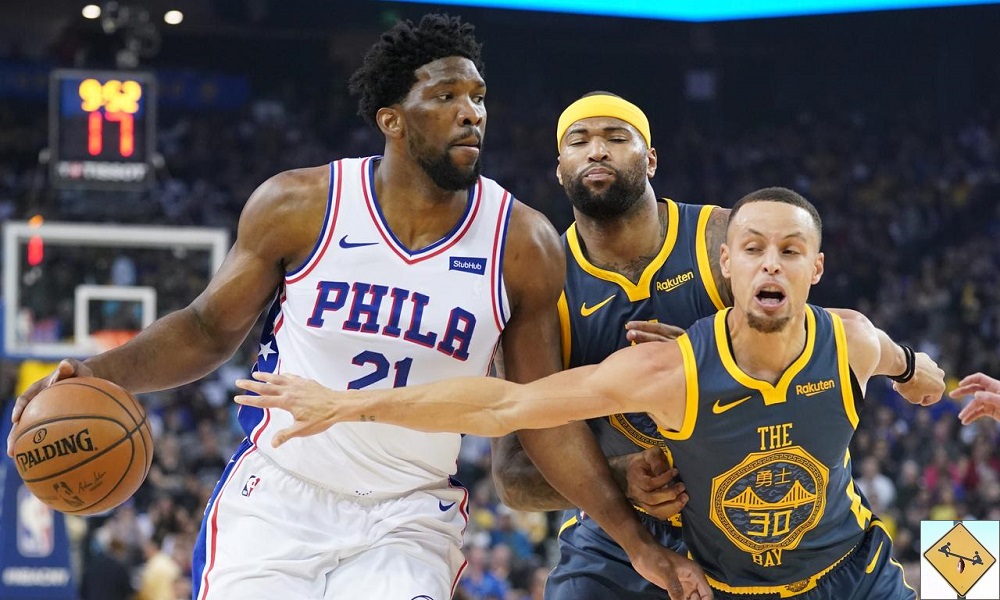 We’ve all read the headlines, but does anyone believe the Nets and Lakers are suddenly leagues ahead of Golden State and Philadelphia? Who’s ACTUALLY the favorite in the East and West with NBA Free Agency 2019 underway?

NBA free agency 2019 began with a flourish on Sunday evening. Well, actually, it began hours/days earlier despite the rules against tampering. At this point, it’s the biggest joke in the league outside of making the newly drafted kids wear the hats of the wrong teams. We had breaking news all morning Sunday that teams were “expected” to sign so-and-so, even though it was illegal for any teams to contact them before 6 PM.

The idiocy of the free agency tampering period doesn’t overshadow how fascinating and fun the day was though. It felt like half the league turned over, as teams added all-stars and facilitated sign-and-trades to work under the cap. The only domino that has yet to fall is Kawhi Leonard. Take your time big fella. Your decision could change the landscape of the NBA title contenders.

It feels so long ago that the Golden State Warriors were the prohibitive favorites to win every championship. It feels just as long since the Los Angeles Lakers paid so heavily for Anthony Davis to fill that favorite void. It seems almost quaint that title odds were released two weeks ago in June. Some lucky gamblers could have made a killing by correctly predicting where star players would end up. But no one could see all of this happening. And even if you could, which team even is the favorite?

The Brooklyn Nets made the biggest splash for sure, but their title window likely doesn’t open until the following season, when Kevin Durant returns from his Achilles tear. Boston added Kemba Walker. Milwaukee paid handsomely to keep some of its core, but ended up losing Malcolm Brogdon to Indiana. The Sixers flipped Jimmy Butler and JJ Redick into essentially Al Horford and Josh Richardson. The Pacers even throw their hat into the ring with the healthy return of Victor Oladipo teamed with Brogdon. And Toronto waits in the wings on a Leonard decision.

That leaves the East a cluster. The West is no clearer. Golden State had to jettison Andre Iguodala to bring in D’Angelo Russell. Utah added much needed scoring in Bojan Bogdanovic, after the trade earlier in June for Mike Conley. The Lakers remain too shallow after their starring duo. Teams like Portland, Houston, and Denver all bring back title contenders too. Much like the Raptors, the LA Clippers are waiting for that same Leonard decision that swings them from lottery team to championship contender.

Also on BuzzChomp: 5 Ways to cope with Los Angeles Traffic

Some folks even feel the desire to put the revamped New Orleans Pelicans into the discussion. They’ve added a couple of veteran pieces to the young core of Zion Williamson, Jrue Holiday, Lonzo Ball, Brandon Ingram, and the rest. And don’t forget about Kristaps Porzingis’ healthy return to Luca Doncic and the Dallas Mavericks. It is so easy to forget.

Then there are the New York Knicks. They reportedly refused to offer Kevin Durant a max contract because Knicks. I don’t mind some of the contracts they ended up handing out, but the slew of two-year deals for non-difference-makers just means they are pushing the plan another two years down the road in an attempt to see who’s available in 2021. It is a sad state of affairs.

June 30 was a wild half day to say the least. NBA Free Agency 2019 began with fireworks, but there’s still the grand finale to come.

The Eastern conference feels like a cluster, but is it really? Who truly got better with their moves during NBA Free Agency 2019? Brooklyn is better, but won’t have a chance to prove it may be great until 2020. Boston is worse, even with the addition of Walker. So are the Raptors, once Kawhi Leonard makes his departure official. Milwaukee retained its talented core, keeping the Bucks near the top of the East. The Sixers are also still on top, as they swapped pieces without losing talent. Who is the favorite in the East? Assuming Leonard leaves for Los Angeles, its Philadelphia who is the current Eastern Conference favorite. No one else is better on paper.

The Western conference might actually be more confusing, because we still have the good teams from last season. Yet each lost something in NBA Free Agency 2019. Then we have the up and coming teams who loaded up. Whichever Los Angeles team Leonard picks to play for is the favorite in the West. I’m hoping he chooses to play for Doc Rivers and the Clippers. LAC has a talented young roster that secured a playoff spot last season rather easily. Add the NBA Finals MVP to the mix and Rivers has another champion on his hands.

It would be impossible to ignore a pairing of Leonard and LeBron James, plus Anthony Davis. The Lakers don’t deserve such a lineup after their front office proved themselves completely inept this past season. Hasn’t LAL lost its own cache at this point, or does James save things for the Lakers? No matter which Los Angeles team Leonard picks, I must acknowledge that the Warriors are going to come back with a vengeance. They aren’t the favorites in the West, which makes them even more dangerous this season.

I too will end with a New York Knicks eulogy. There is no cache left in New York and Madison Square Garden. No one wants to play for James Dolan’s team. Dolan doesn’t want to put his money on the line for a shot at making the Knicks great. Hence New York added six rather forgettable players during NBA Free Agency 2019, leaving them with a potentially great rookie surrounded by unknowns. We’ve seen this before. They just traded Porzingis last season.