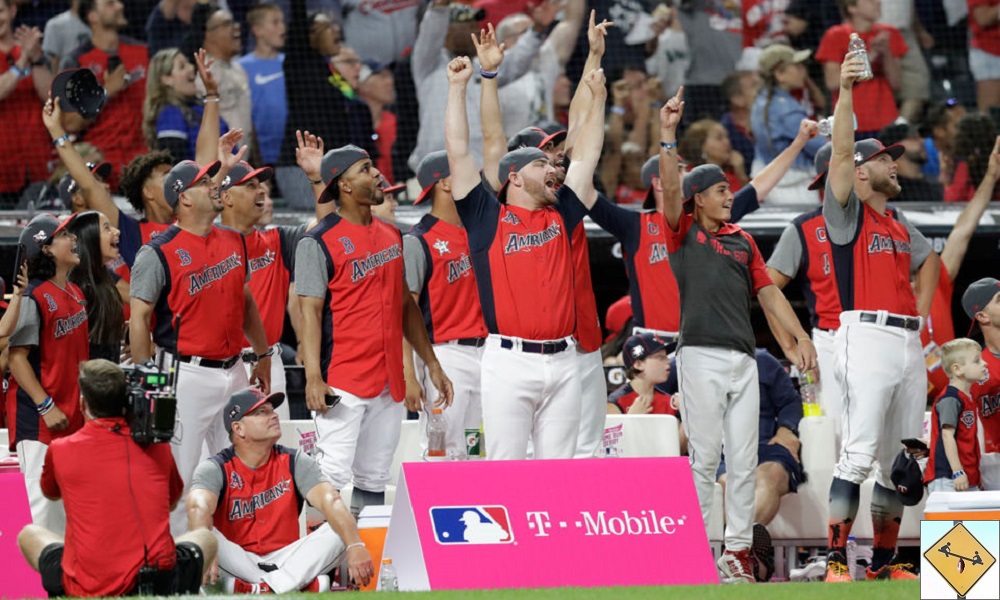 Perhaps its too early to tell, but the changes made to the MLB All-star Game 2019 currently show mixed results. Yet none of the changes had negative impacts, so that has to be a win. Right guys?

Major League Baseball switched some things up this year in regards to all-star week. How do you think some of the changes worked out? We obviously haven’t witnessed all of the actual events yet, but the changes had more to do with preparation anyway.

First, the voting for the all-star game was revamped. Instead of having fans vote outright for the starting lineups, finalists were declared and a second round of voting determined starters out of those finalists. I’m…not sure this made any difference whatsoever. It just required fans to vote twice. This was likely done to increase extended interest in the voting, but I’d guess it also cut down on the voting for the actual starters: it removed fans of the guys who didn’t make the cut while also having the people who didn’t want to vote again/forgot to vote again drop out.

This felt like a completely unnecessary but harmless adjustment. We had some weird rosters for the game this year, especially in the American League, but that had nothing to do with the new voting. It has just been a weird year thus far.

The second change to all-star week made the home run derby worth $1 million to the winner. This…also did nothing? There was a lot of talk about the contestants caring more this year and putting in practice, but that wasn’t really the point. The point was surely to encourage the best players to participate. But that didn’t happen. No Aaron Judge, Cody Bellinger, or Giancarlo Stanton (though the latter is injured). No Mike Trout, and Shohei Ohtani reportedly wasn’t even invited. Defending MVP Christian Yelich did want to participate but dropped out because of injury.

In the end, the 2019 version was fantastically fun, but it normally is anyway. The home run derby has become the best all-star festivity of any of the American professional sports. The showdown between Vlad Guerrero Jr. and Joc Pederson was everlasting. Guerrero’s powerful girth exhausted me just watching, while Pederson has such effortless power, though we could see the toll three tiebreaker rounds took on him. The finals reminded me of 2008 when Justin Morneau ended up beating Josh Hamilton even as the latter won the night. Pete Alonso won the title, but Pederson and especially Guerrero made this epic.

Could you say the big prize encouraged young or under-the-radar semi-stars to play? The Alonso or Josh Bell types. I think not. That was the group who the derby usually got anyway! It makes sense that these guys would want in. It increases their fame, and if they are pre-arbitration players (as Alonso is as a rookie), the prize is about 200% more money than he’ll make all season. I just don’t see where the derby lineup would be any different if the winning prize hadn’t been instituted.

This week, ESPN’s Sam Miller outlined the hilariously slippery slope this new derby prize could inflict on the future of baseball. I’m not sure if it’s any more likely than Blernsball, but both sound fun. This year’s all-star festivities will be fun too. But just so we’re on the same page, the changes MLB made didn’t seem to amount to anything, at least in this first season. Let’s check back in 100 years and see where we’re at.

Perhaps we should view the MLB All-star game 2019 changes in a different way. If nothing bad happened from instituting a change, then was a change made at all? Think about it. Then stop, because obviously many things are different, even if the results are kind of the same. There is more than one way to slice an apple, or something like that. You still end up with smaller pieces of a delicious fruit to enjoy at your leisure. We still have a pretty darn good set of mid-summer festivities that feel perfectly timed this year, more so than most. Perhaps the biggest change of all is something that no human can truly measure; motivation.

The Home Run Derby likely had the same participants regardless of the big money prize. That being said, there is no doubt in my mind that Alonso wanted it more because one million dollars was on the line. He hit a last second home run as the buzzer sounded, bonus time aside. Then he beat the star of the show to win the big money prize. Would Alonso have pushed himself to hit that final long ball and make the finals if there was no monetary prize? Would he have been a half-second slower and not snuck his home run in before the buzzer sounded? We will never know, but motivation is a powerful force and his performance was epic, even though he had bonus time. Alonso was certainly motivated to win more than double his rookie salary.

Voting for the MLB All-star Game 2019 also seemed to play out as expected. Changes were made, but the results seemed identical. This is likely due to it being the first year of change and fans not fully realizing or embracing what is different. What about motivation? This being the first year, I’m not sure we saw the true power of the change just yet. But what about next season when every fan understands the two round power they now possess?

Fans REALLY want their home-town hero to make the All-star game. They push and push and get him past round one of voting. In prior years that player may have fallen short of making the team, but now he qualifies for the final round. Its like clearing a gate. Fans can now re-vote in the final round and get their guy on the team. Motivation is everything.

My hope is that Major League Baseball retains the changes they made to the MLB All-star game 2019 for several seasons. Keeping the big money prize for the Home Run Derby is a no-brainer. It certainly ups fan interest and definitely adds motivation to the participants, even if it doesn’t encourage the superstars to join in on the fun. We also need to see how the voting changes play out, now that everyone gets what is different. Baseball has the most fun set of All-star events and the best week of festivities. It also has timing in its favor. Change is good, especially if nothing bad happens.