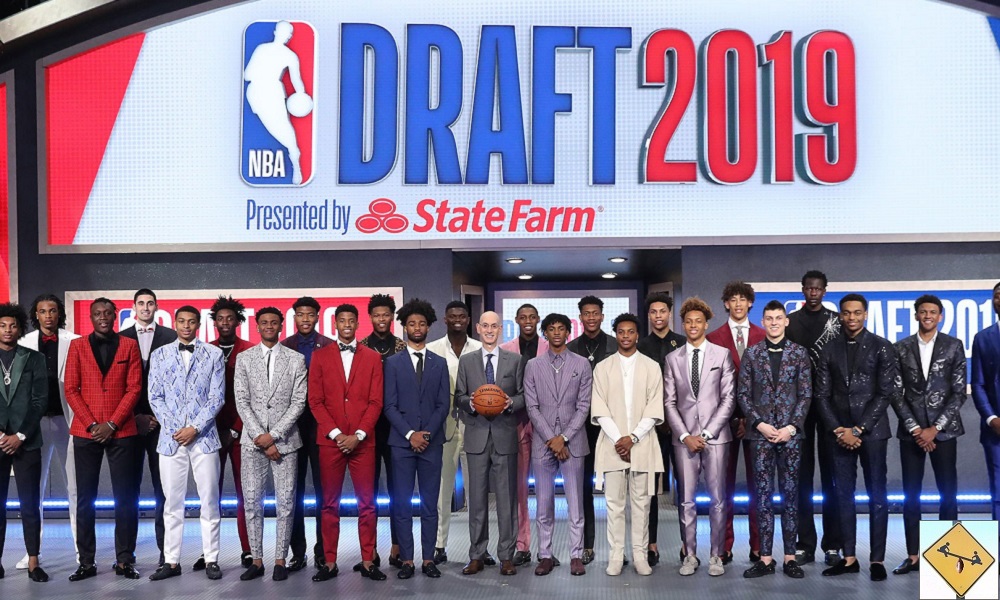 What’s worse than a poorly timed draft? Having to deal with absurd shenanigans and too many unknowns to count. Is this an overreaction to the NBA Draft 2019? The process is broken.

Most people felt as though the NBA Draft 2019 was a three-person class. Those same people weren’t wrong, though it’s still a step up from the NHL Draft, which was a consensus two-player draft. That didn’t stop NBA teams from making some interesting trades, wild picks, and generating excitement. It didn’t stop the problems from piling up either.

The first three selections of the NBA Draft 2019 on Thursday went exactly as expected. Yet beginning at number four, teams were already maneuvering. The fourth overall pick, which went from Los Angeles to New Orleans in the Anthony Davis trade, then went to the Atlanta Hawks in a draft-day trade. The Lakers selected for New Orleans who selected for Atlanta forward De’Andre Hunter because the NBA draft process is still idiotic.

No trades can be approved until the new league year begins the first week of July. We go through this dog-and-pony show with the wrong hats and wrong teams selecting every year, and every year it is unnecessarily stupid. But I digress.

We can just call it what it is. The NBA Draft 2019 is legitimately a microcosm of the broken process plaguing the NBA right now. It is brilliant to hold the draft shortly after the NBA Finals conclude. It is equally as ignorant to hold the draft before the new league year begins. How can a draft of new players take place in the prior year? It can’t. These are rookies for the 2019-20 season. Why have them drafted during the prior season? Why ruin every photo opportunity with players wearing hats of teams we all know they won’t play for, on the league’s biggest night of the season?

All of this is fixable. The NFL does it logically. The league year begins and free agents are moved. This dictates team needs heading into the draft, which then takes place during the new league year. How are NBA teams expected to know who to draft, if they haven’t even worked out which free agents they may or may not sign yet? This handicaps every team and player, except for the top three picks in the NBA Draft 2019, because those were obvious. I too must digress.

Atlanta unloading assets to move up to take Hunter was interesting. He feels like a low-ceiling, high-floor player, which is normally a piece for a team on the edge of contention; not one rebuilding from the ground up. The high upside plays after the top three would have mostly been point guards though: Darius Garland or Coby White. And the Hawks already have their point guard of the present and future in Trae Young.

I’m not sure how I feel about such a move. For young teams without a set future, don’t you always want to draft the best player available? It’s certainly possible the Hawks did think Hunter was the best available, and enough ahead of the rest that they wanted to trade up for him. If true, that’s fair. But otherwise, it felt more like an attempt to fill out a starting lineup. And Atlanta doesn’t have enough talent to be at that point.

Also on BuzzChomp: Celebrate your half year Running Milestones

From there, we saw the Suns trade down and then go completely off-board by taking Cam Johnson 11th overall. During the draft telecast, Jay Bilas kept saying that Johnson was the best shooter in the entire class. He would then immediately say Johnson was graded somewhere in the 20’s or even in the second round by some analysts. I watched a lot of Johnson at North Carolina. He is a tremendous shooter, but he isn’t a good athlete and won’t be a difference-making defender. He is mostly, as Bilas kept saying, a great shooter.

In this era of needing shooting from every position, is this a smart draft pick or going too far in the other direction? A lot of teams are now avoiding guys who can’t shoot, even if they do a lot of other things really, really well. See Johnson’s UNC teammate Nasir Little, who fell all the way to number 25. But ostensibly taking a player who can only shoot (for argument’s sake) doesn’t feel right either.

You know I’m a proponent of drafting the best player available. This is even more critical when you have yet to sign free agents and don’t know all of your team needs. Add in the fact that no one outside of the top three picks proved enough for a consensus opinion to exist, and you must minimize risk by taking your highest rated player. Atlanta drafted their highest rated player at a position of need. That is dangerous, because they could have drafted the actual best player available and worked a different kind of trade. Perhaps they see the East as wide open and their team as only one season removed from real playoff contention. Regardless, it was a move that felt too bold for a team with too few assets.

I do, however, like what Phoenix did with the selection of Johnson. The Suns have a ways to go before they can be relevant, but adding someone who is the “best” at something will help speed things along. This feels like a three year plan. Phoenix wants to be making a lottery pick this time next year. But for now, the Suns have the best young shooter. He could be a trade asset, or a building block. Or he could end up being a liability on the court. If that’s the case, at least he helps them lose more games.

I guess the Suns just felt like they needed to take a chance here. They could end up being right. But on a day where they also traded away TJ Warren and the 32nd pick for cap space, Phoenix will likely be showing up on everyone’s draft day losers list. It wasn’t a good night for the biggest of big men either, as Bol Bol fell all the way to pick 44, and Tacko Fall went undrafted.

The aforementioned White was my favorite pick heading into the draft. I thought he was being undervalued on mocks. I would have taken him ahead of Garland, but he ended up not too far off. My favorite pick ended up being Cam Reddish, who dropped to 10th after a shaky college season. We don’t know much yet, but it always seemed that Reddish had a more well-rounded skill set than even former teammate RJ Barrett. We will have to see what he does with it now.

NBA free agency begins July 1, at which point the real difference-makers will find new homes. But the draft certainly opened the door for the likes of the Grizzlies and Knicks to turn over new leaves, and to set the early roster for the new-look New Orleans Pelicans.

The Knicks are in a great position to actually change the fortunes of their team. Whether or not they avoid screwing it up is another story, but its been far too long since New York has been any good. What about the Lakers? I find the NBA more fun when the historically great franchises are at least competitive.

Los Angeles basically punted on the NBA Draft 2019 in favor of a one-year rental of an All-star player. Why not trade up into the top three, rather than trade away your picks for Anthony Davis? Was this even an option? In a league that operates backwards, we have no reason to be surprised by teams working against the grain.