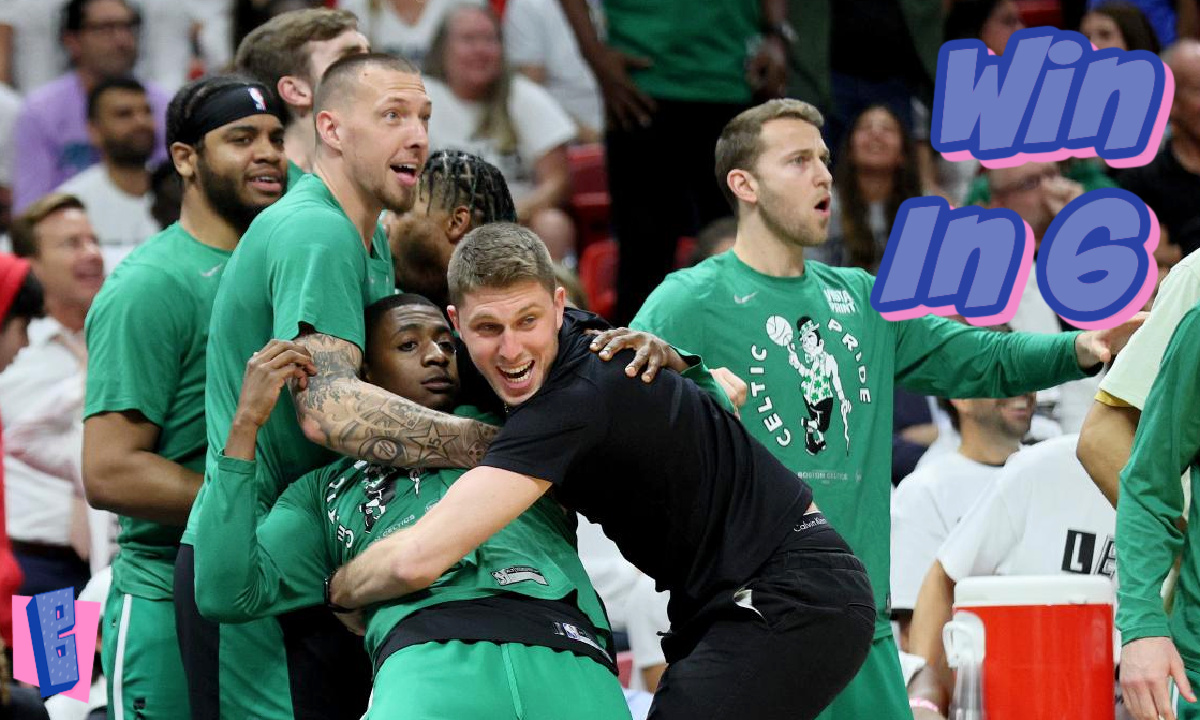 A wild season has led to a stellar matchup in the NBA Finals 2022. The league’s top defense takes on it’s most electric offense and we know who wins. The Celtics stifle the Warriors to win in six games.

The matchup is set for the 2022 NBA Finals. It was a wild trip to get here, with the playoffs feeling more unknown than in quite some time. Nevertheless, because time is a flat circle, this parity outcome has given us a matchup between two of the blue bloods of the sport: the historic Boston Celtics versus the peerless Golden State Warriors. In a season defined by uncertainty, the final two teams standing are as mainstream as we could’ve gotten.

That undersells the matchup though. This truly was a weird season. It felt like as many as a dozen different teams were true title contenders. Once the playoffs began, the landscape was still wide open. The preseason betting favorites in the West, the Los Angeles Lakers, didn’t make the playoffs at all. The East favorites, the Brooklyn Nets, were swept in the first round. The leader all season, the Phoenix Suns, didn’t make the conference finals. The defending champs, the Milwaukee Bucks, didn’t either. Things were weird indeed.

The Warriors and Celtics are mainstays in the title conversation, but even they went through roller-coaster ups and down. Golden State started out hot, as the best team in the league, and then cratered in a major way. An injury to Draymond Green and middling results from the return of Klay Thompson pushed them under the radar. The Warriors couldn’t be counted out, but they also couldn’t be counted on.

This still felt true into the second round of the playoffs, as they had to fight tooth and nail to get by the Memphis Grizzlies. But here they are again, this group of champions. They are older and perhaps slower, but still play winning defense and running an offense that has defined a generation. As Steve Kerr and company try to mix in a small batch of young talent with the vets, it feels like this team is somehow between iterations, and is still about to play for the league championship.

On the other side, the Celtics began the year as a huge disappointment. They were under .500 heading into the new calendar year. Since then, they have been the best team in the sport, with far and away the best defense. They are led by an All-NBA first-team wing and are immensely flexible. This all would make a lot more sense if they weren’t led by a first-year head coach. Only veteran winners are supposed to start out slow, like the first two months don’t matter, and then turn it on down the stretch. Only veteran coaches are supposed to be able to toe that line. Boston wasn’t taking things slow to start; it was still actually figuring out how to play. Teams coming to grips with who they are and how they want to play aren’t supposed to put it all together completely perfectly and make the freaking NBA Finals!

I’m going with Boston. The Celtic defense will be up to the task of stopping Golden State. There won’t be a single defender the Warriors can hunt, even if Boston plays big with both Al Horford and Robert Williams on the floor. Meanwhile, the Warriors’ most interesting lineup, with Jordan Poole on the floor as a third guard, is small and can be exploited.

Golden State is probably a major contributor short in this series. It’s actually rather amazing how well this team has done considering its main draft assets these past two seasons (James Wiseman and Jonathan Kuminga) are non-factors. Most teams who whiff on lottery picks don’t keep title windows open. Golden State is special in that regard, among others, but doesn’t have the horses to battle seven games with the relentless roster of Boston.

Defense wins championships and Boston is the best defensive team in the NBA. I’m picking the Celtics to win in six games. Their defense is the reason they turned from frog to prince during the season, and the reason they have dominated throughout the playoffs. Unless the Warriors manage to shoot threes like a prized fighter throwing face punches until their opponent collapses, I don’t see how they overcome this year’s best defense.

While I’m taking the Boston Celtics, there is one enormous consideration that simply cannot be ignored. Steph Curry is a future hall of fame player who has been to multiple NBA Finals and has won the title before. He is also not the only member of the Warriors with such experience. If anyone can go “Tom Brady” on the Celtics and their top defense, it’s Curry. He has the ability to take over and elevate his game well beyond his age. It’s the reason I’m giving Golden State two wins in the NBA Finals 2022. Boston gets the title in six games, but not before Curry reminds us of why he is great.