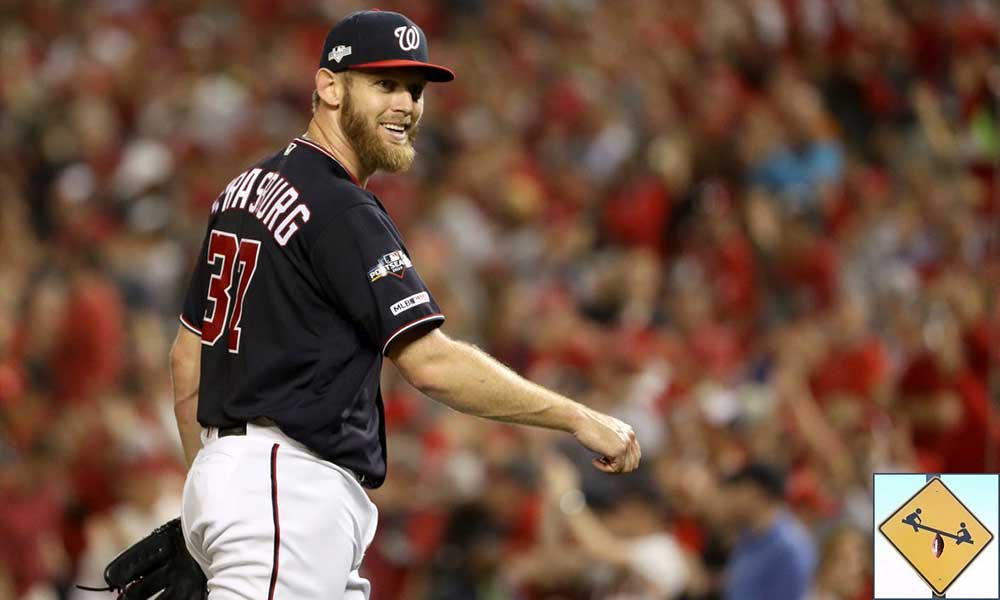 We couldn’t have asked for a crazier and more dramatic MLB Free Agency period this offseason. Such a dramatic shift could be a blip, but science says otherwise. Thank goodness!

As we head into the new year, most of the biggest names on the MLB free agency market have already found new teams. This is a drastic shift from the past two seasons, where players remained unsigned deep into the spring and folks around the league wondered if the system was broken. The 2019 winter then begs the questions: Is the system fixed? Was it never broken to begin with? Was 2017-2018 the blip, is this the blip, or is some other trend going to be the new normal? All those questions hang over Major League Baseball as a new collective bargaining agreement and potential work stoppage linger in the not-so-distant future.

First, it is worth reiterating why some people thought there was such a dampening of offseason activity the past two years. There are tons of theories; all, none, or parts of some may be true. All are theories.

That is an attempted brief rundown of events that may or may not have taken place. At the time, we leaned toward two main reasons being true for why the market would be dry. They were the related pairing of more teams not competing and the top teams not wanting to spend over the cap. This could or could not have been a trend. And based on this current month, it seems like neither was an on-going trend.

Also on BuzzChomp: Rise of Skywalker ensures no hurt feelings

The New York Yankees blasted back over the luxury tax by signing Gerrit Cole. The Red Sox and Astros are tax payers. Teams like the Phillies, Dodgers, and Angels seem willing to approach or pass the threshold as well to put a good product on the field. Perhaps more importantly, teams in the middle or at the bottom have been willing to spend to upgrade their ML product this winter. That includes Cincinnati, the White Sox, Arizona, Texas, San Diego, among others. Whereas in years past it seemed like this caliber of franchise was biding its time, not trying to make the playoffs, now a slew of them have changed course.

So perhaps it was a coincidence that so many teams’ plans aligned in the same couple offseasons. Perhaps it was a confluence of events. That would imply that there is no issue moving forward between the league and the players association. The constriction of the market was the blip. I lean toward this explanation. I think there was a weird grouping of events that led to so many franchises pocketing their checkbooks. Those events have not aligned this year, which is why action has been fast and furious.

That doesn’t mean the worst-case scenario, or something similar, couldn’t happen again. We still have a league with a number of super power franchises that would seem to encourage others to tank for better assets down the line. And we could have rich franchises cut costs within a couple seasons if winning doesn’t follow high repeater taxes. Owners won’t pay to lose. That never changes.

On top of that, this is still a system that bars player movement until after being in the league for six seasons. Essentially, players hit free agency after they have already reached their peak and perhaps are getting worse. It makes no sense for this to be the first time they enter the free market to capitalize. Arbitration and the collectively bargained contract system were at the crux of the worry when the offseasons were deathly slow. People somewhat worried about collusion between the teams to keep player contracts down, but they worried more about the system being broken. The system seems to be working fine in December of 2019, but that doesn’t mean the flaws have been patched.

The system of MLB Free Agency is certainly working, but its also quite flawed. Science holds the answer to this dramatic shift back to what was once the norm. Such a drastic change doesn’t mean a fight is looming to negotiate the next collective bargaining agreement. However, one could argue that teams ensured a lucrative offseason and MLB Free Agency for their players to avoid such a fight. If the players are happy and rich, then they will more likely flex on otherwise key issues during negotiations. Reverse psychology at its best.

Bidding high and fast on free agents benefits everyone, especially the health of the league and the sport. The last two years feel like a blip on the road to a World Series title. Our Yankees, who usually spend big, were developing home grown talent during that time. Now that those players have developed, New York spent big in free agency. Most of the players who seemed to warrant big spending in the past two offseasons did not actually pan out as bigtime players for the teams who ultimately signed them. The analytics and science behind big deals actually worked.

In the high risk, hopefully high reward game of major contract spending, it comes down to how many great years you’ll get with these enormous long-term deals. As you noted, players don’t hit free agency until they are already in their primes. This means you are paying for several great seasons at best in their prime, and ideally a slow and not too harsh decline. Pitchers will push you over the top, but you require an offense to go with them. Since Houston proved tanking can work, an ebb and flow between tanking and spending was to be expected.

The majority of “smaller market” teams spending big this offseaon are in the National League. This is because the Washington Nationals just came out of nowhere to win the World Series. The NL is wide open and Washington proved that adding one or two key pieces can combine for brilliance. In the American League little has changed, as all of New York and Houston appear just as dominant. Players have shifted around, but the top is the top. One of the divisions is wide open, where Minnesota plays and won last season. That is where we saw some action.

The trends jump off the page. Teams are striking a balance while ensuring smoother negotiations later on. We got a frenzy of spending in MLB Free Agency and everyone wins. I expect another offseason or two of quiet in the future, but predicting it would be foolish. Winning still trumps everything.