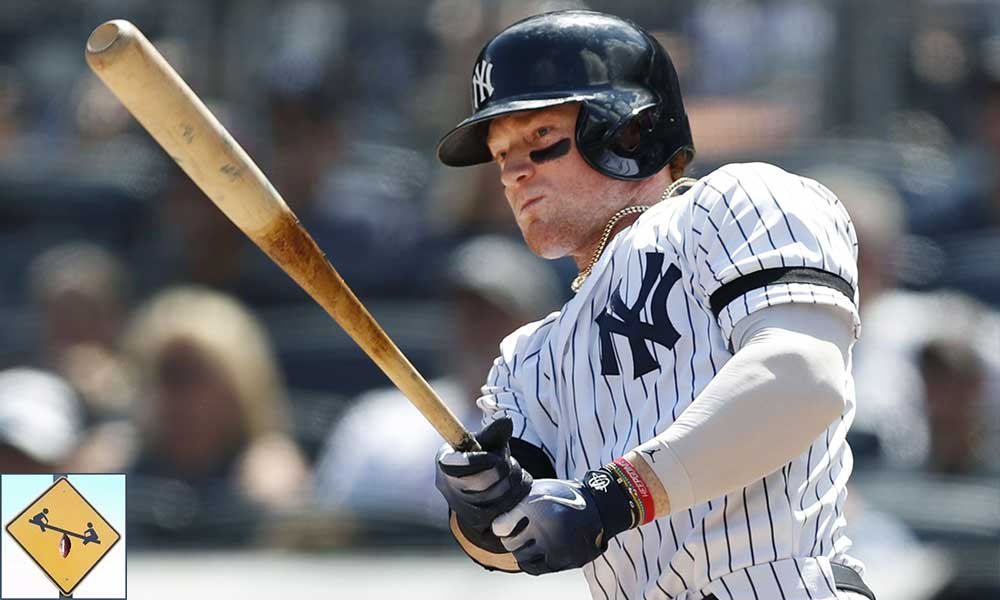 The New York Yankees enter 2020 as the biggest favorite to dominate baseball. But the team has a new weakness in its outfield. Thankfully, its also a strength.

This offseason, Major League Baseball has been busy. The planned or coincidental (depending on who you ask) lull of the past two offseasons is gone. All the biggest names on the free agent market have already signed. There have been numerous trades as well, and we have yet to hit the new calendar year.

The New York Yankees were the team making arguably the biggest splash when they signed Cy Young favorite Gerrit Cole to the richest contract for a pitcher in league history. When you take the best pitcher in the league and move him from one World Series favorite to another, that obviously shifts the balance of power. Cole alone sets up the Yankees to do big things in 2020.

More BuzzChomp: 7 Best Bowl Games not in the Playoff

New York had a really good roster without Cole. Adding him to a rotation that will include Luis Severino, Masahiro Tanaka, and James Paxton turns a potential weakness into a bonafide strength.

We already know the power contained in the bullpen whether Dellin Betances re-signs or not (most likely not). With a healthy lineup and unbelievable flexibility that carried the team to more than 100 wins last year, there is no obvious hole on this roster. That doesn’t mean one can’t develop, but heading into 2020, there may be no team better prepared than New York.

The biggest name who will no longer play for NY next season is Didi Gregorius. Sir Didi signed a contract with the Philadelphia Phillies. Though New York fans loved Gregorius, he didn’t help the team much at all last year. After returning from injury, he played in just 82 games, accumulating a .718 OPS, which was well below league average. He was one of the only below-average hitters in the Yankees lineup last season. In fact, other than the backup catcher (who also signed with a new team this month), no player who saw at least 150 at-bats was below average other than Gregorius. That is a group of 13 players.

That list of 13 doesn’t even include Giancarlo Stanton, who saw just 59 at bats, and Miguel Andujar, 47 at bats. Both will be back in the fold in a major way, more than covering up any loss of Gregorius.

The bigger absence will be Aaron Hicks as he recovers from Tommy John surgery. This is (finally) the year where Clint Frazier will have a spot on the 25-man without needing injuries ahead of him, not counting the Hicks injury that already took place. So now we need to see Frazier improve on defense and become more consistent. He was already passed in the pecking order by Mike Tauchman, and any other additions this offseason could push him to the minors once again, or out the door in a trade.

If forced to find a weakness on this Yankees squad, the outfield is the spot. As we annually await the end of Brett Gardner, he continues to produce. But what if he finally doesn’t this year? And Tauchman was such a great story, but what if that carriage turns back into a pumpkin and we’re suddenly expecting 150 games out of him? We would need Frazier to finally put it all together, and he hasn’t to this point.

Stanton could play outfield, taking up one of those spots, but it would open up DH. We could then see Andujar play DH everyday, but that depletes the bench completely. There are more moves coming before next spring, so right now, this is a pretty good “weakness” to have. Last year, the Yankees came out of the depths to miraculously dominate with a roster of fill-ins, replacements, and shining success stories. Assuming some regression to normal health, this year’s team will do no such thing. It will be expected to dominate from Opening Day.

Having a weakness that is actually a strength makes the New York Yankees a surprise favorite to win the American League. I consider it a surprise because Houston has had a stranglehold on top dog for three seasons running. Perhaps their cheating scandal was going to knock them off the mountain, but the Yankees ensured it happened either way. With the expected resurgence of the Boston Red Sox, who seem to be great every other season, New York will need its weakness to remain a strength all the way through the postseason.

Playoff baseball has plagued the Yankees over these past three seasons. Despite making it to the ALCS two of three years, New York consistently scratched and clawed its way to get there. It never felt easy and the Yankees offense would get shut down by their opponents’ pitching. Having improved their pitching staff, New York has certainly helped level the playing field. But it will still come down to offensive production in order for them to live up to their excruciatingly high expectations for 2020.

More BuzzChomp: All out Jailbreak on The Mandalorian

I am a big Clint Frazier fan and was rather disappointed when he got sent back to the minors last season. Thankfully, his replacements played admirably and proved their own value to the big league club. Frazier deserves to be an everyday player for the Yankees this coming season and adds undeniable depth to the outfield. His offense has consistently improved and was great last season. If defense is Frazier’s lone shortcoming, that can be improved upon with coaching and practice. The improved pitching staff will also minimize the need for his defensive efficiency.

The New York Yankees have a weakness in their outfield because its an unproven and often injured group. Gardner is a wildcard because of his age. Frazier is a wildcard because of his inexperience at the big league level. Tauchman is a wildcard because we have no idea if his 2019 performance is for real and repeatable. Unknowns are not a bad thing with spring training looming. It creates motivation and competition. It breeds depth for a team that thrived off of depth last season. This makes an uncertain outfield a surprise strength of the Yankees, who can easily sign a veteran as insurance. Is it too early to say I love this 2020 team?