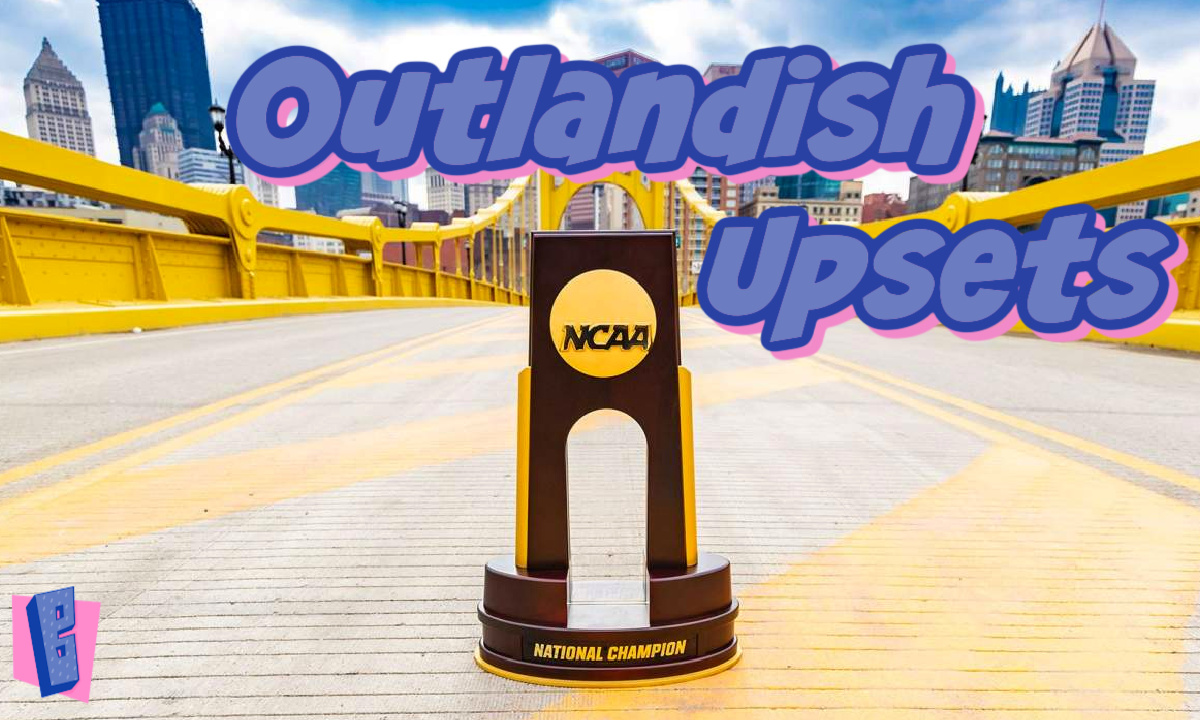 Chalk is smart until you’re wrong, and March Madness 2022 is as even as it gets. Expect outlandish upsets to dominate exactly was we pick em. Perfect bracket here we come!

It has been a weird year in college basketball. Though some blue blood programs are back atop the college landscape, there was no clear top team this year. In fact, there was a whole batch of teams that vacillated between good and great, no one rising above the rest. That makes March Madness 2022 anything but predictable.

We are in store for a very tricky NCAA Tournament. Or, perhaps the opposite is true. Does this make things easier? No, absolutely not. There is no big-time upset looming, but that’s only because there is no single dominant team. We could see pretty much anyone drop out by the end of the first weekend, and it wouldn’t be that big of a surprise. On the opposite end, any number of 20-odd teams could win the national championship. With a wide open bracket, no pick seems outlandish, yet picking against chalk is never easy.

With that said, Todd is fully ready for Dan to do some outlandish shit. No one has an easy win in March Madness 2022, meaning the crazier the outcomes, the better. Do you stick with chalk, or go all out for the outlandish? Perhaps a balance is the best strategy, but playing it safe rarely wins big money.

Despite a strong pull towards the madness, when the field is wide open, I lean toward chalk. Any of the top 16-20 teams can make a deep run. Because of that, I like to keep as many of them in the Sweet Sixteen as I can. It may seem counterintuitive, but I feel that a tournament with no heavy favorites makes it harder sledding for the Cinderellas.

That isn’t to say I don’t have my eye on a number of double-digit seeds in March Madness 2022. My very own Virginia Tech Hokies are one of the hottest teams in the country. After winning their first ever ACC championship, they have a path to at least one win in the Big Dance. If they do win in round one, it will be hard to go much further with Purdue likely looming, but they can shoot any opponent off the floor.

The East region is where I see the highest chance of parity. Double-digit seeds won’t reign supreme, but top seeds could fall early. Baylor will have a hard time advancing past round two, let alone making the Final Four. UCLA won’t make it out of round two on my bracket either.

If you do like double-digit seeds though, look no further than the Midwest. And I’m not even counting on the tried-and-true 12 beating a 5. All of 10-seed Miami, 11-seed Iowa State, and 13-seed South Dakota State advance in my bracket. With that said, here is my biggest “upset” of the tourney. All four 5-seeds win in round one! I’m not sure how often that actually occurs, but look for it in 2022.

If you need a title pick, because, I don’t know, the entire point is winning the title, I have Gonzaga making it back to the championship and actually winning this time, taking down Auburn.

For someone touting chalk, you certainly picked against the grain. All four 5-seeds never advance out of round one! But you were right about one thing, I’m about to do some outlandish shit. Picking anything but “chalk” is foolish most years, but certainly this season because there is no clear favorite. I like the chalk, but then I’m all about the upsets within the chalk. We must choose a 13 and an 11, as well as at least one 10 seed and a 12, so I have. Upset consistency must never be ignored.

Vermont (13) and Virginia Tech (11) both win round one, but neither gets any further. Marquette (9) and San Francisco (10) advance as well, but no further than round two. Richmond (12) is the team to watch, as they pull off both round one and round two upset victories. The remainder of round one is chalk, but then things get very interesting.

Watch as UConn advances to face Gonzaga, while Purdue pushes all the way to take on Baylor. But the real fun is watching Duke go crazy for Coach K’s final NCAA Tournament. The Blue Devils make it all the way to the Finals, but fall short in epic fashion. March Madness 2022 will feature a combo of one and two seeds in the Final Four. It’s nearly chalk, but not quite.

Arizona is the team to topple Duke and win this year’s championship. Just like the Blue Devils came up short in the ACC Championship, they will fall short in March Madness 2022 as well. My Final Four of Arizona, Duke, Auburn and Baylor won’t raise any eyebrows, but when picking winners, we must acknowledge the yearly trends. It’s rarely all top seeds in the Final Four, but it’s usually a combo of one and two seeds. No three seeds this year, which is probably a bigger upset than we’ll see on the court.