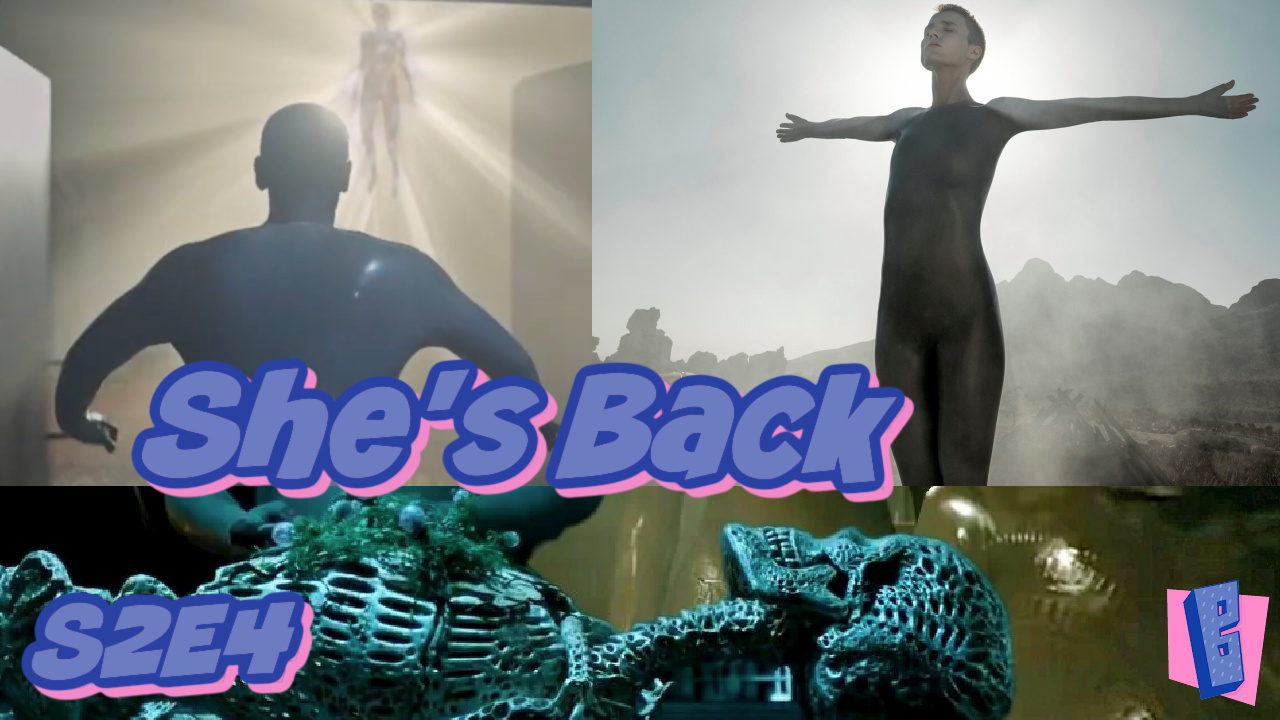 Androids past and present are the key to humanity surviving in Raised by Wolves season 2. Sol’s army may be nothing more than Marcus and the Atheist Trust appears just as evil, so someone has to unite them against the killer monsters. Full recap of the first half of this wild new season.

Raised by Wolves season 2 wasted no time reminding us there are no good guys in war. Only Mother and Father are truly good… to their children, who happen to be children of Sol. The androids want humanity to survive, meaning they are technically good. With acid mermaids and a giant robot serpent, both Sol’s army and the Atheist Trust need Mother, Father and Grandmother to protect them. Who lives and who dies has been decided.

Watch my Reaction to Raised by Wolves S2E1

The insane followers of Sol appear level-headed versus the Atheist army and their quantum super intelligent computer leader. Mother and Father and the kids are hostages, no matter what we are being told. Prepare for a robot war, unless it already happened. Followers of Sol have been on the planet before, or after. Time does not work like we think it should in Raised by Wolves season 2.

Watch my Reaction to Raised by Wolves S2E2

This is planned annihilation in Raised By Wolves. Mother gave birth to a super robot serpent. That means the super quantum computers running the Atheist army planned to impregnate their half necromancer half mother android with a super serpent baby. Total chaos ensues!

If that wasn’t enough, there are remnants of million year old androids on the planet along with relics of the followers of Sol. Time is kind of ambiguous and likely working backwards. My hypothesis, the androids followed the Mithraic and lived happily on this planet, then were wiped out. But is this the past or the present? Is this Mother and Father’s future in Raised by Wolves?

Watch my Reaction to Raised by Wolves S2E3

As father revives an android with his own blood, we must question his immortality. Is this ancient android from the past or future? Can Mother or Father actually die? Nope. Raised by Wolves is making Marcus into a savior, one who must die for everyone else to live. Then Sol conquers the obviously evil Atheist regime, leaving the immortal androids to once again rebuild a world that may never had existed without them.

Watch my Reaction to Raised by Wolves S2E4

Necromancers unite! Mother got her superpower eyes from Marcus’ stomach and is once again a necromancer. Father revived the ancient necromancer with his own blood. Mother and Grandmother together again, but are they strong enough to stop the acid mermaids? Yes, Raised by Wolves reminded us that the creatures on this planet fed by Sol’s light are the most dangerous thing we have no clue about. Androids be damned.

More from BuzzChomp: The House of Gucci is Over the Top Fabulous