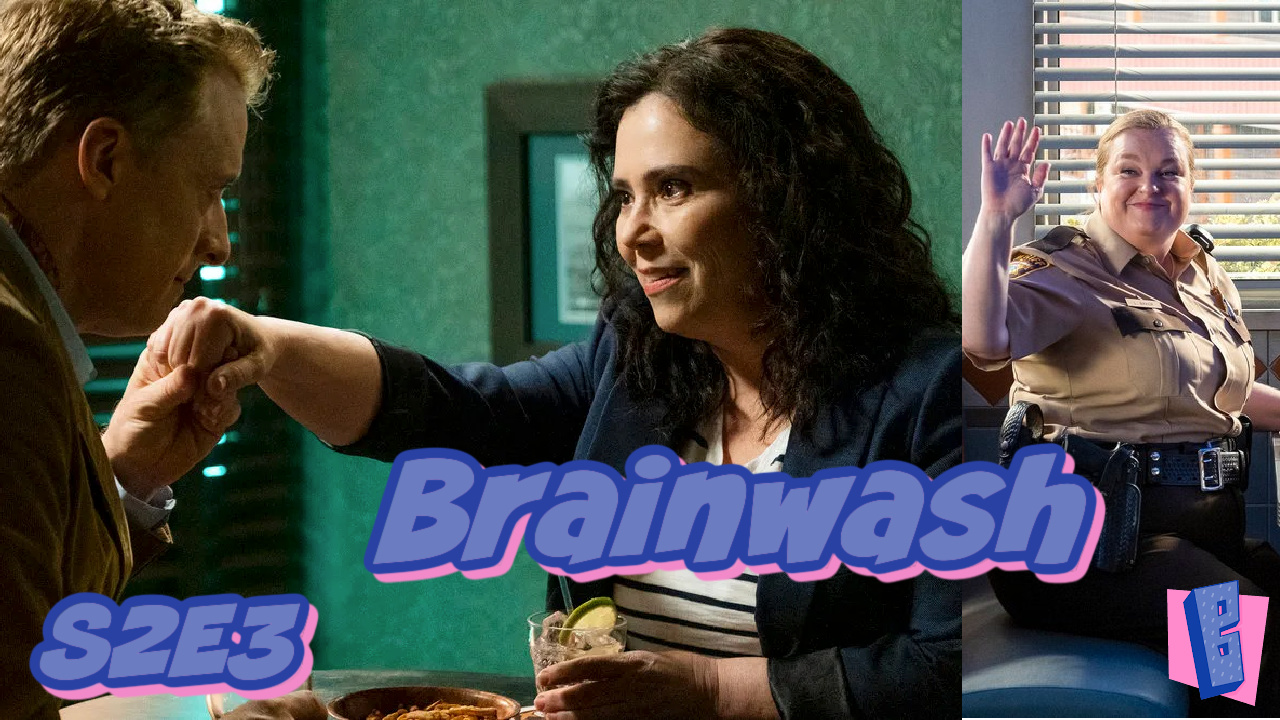 Harry the alien has super powered metal space balls which he uses to brainwash and impersonate humans, but apparently he’s trying to save us! Sabotage, murder, and manipulation flood part 1 of Resident Alien season 2. Humanity is lost.

Resident Alien season 2 begins with a murder and crash landing, but then turns to brainwashing and sabotage in order to hide Harry the alien among the humans. Harry claims to want to save humanity by phoning home and stopping his people from annihilating Earth, but he’s a bad liar. The first half of season 2 proves humanity is truly lost. Find yourself a solid doomsday bunker.

Harry is back, but he crashed. Now he can’t remember anything, until an octopus cousin unlocks his mind. Asta saves him and Max does too. But his ship is broken, so Harry turns it into a pile of giant metal alien space balls. Resident Alien season 2 picked up with just as much sexy humor as before. Episode 1 left us with our pants down.

Harry the alien must phone home to stop the destruction of humanity, but more importantly, he’s living in a Murder Town! In Resident Alien season 2 Harry must deal with the murder he committed… of himself. He has a survival bunker, but Asta doesn’t love him like that. His octopus friend is little help, so who will save all humans? No one in murder town can help.

Harry is getting desperate and using all of his alien abilities, including brainwashing! Not only can he transform into any human, but Harry can brainwash us. His attempts to phone home in Resident Alien requires some serious sexual seduction, so Harry crashes girl’s night. He becomes a lady, having to learn how to be human all over again. This charade can’t last.

If humanity is saved, it won’t be by these fools! Harry sabotages his phone home with Asta, while the General returns and sabotages her entire operation. Darcy can’t get it right, the mayor keeps screwing up, and Harry is no help. Apparently he has an alien friend in New York! Resident Alien refuses to stop trying to kill all humans.

More from BuzzChomp: The House of Gucci is Over the Top Fabulous