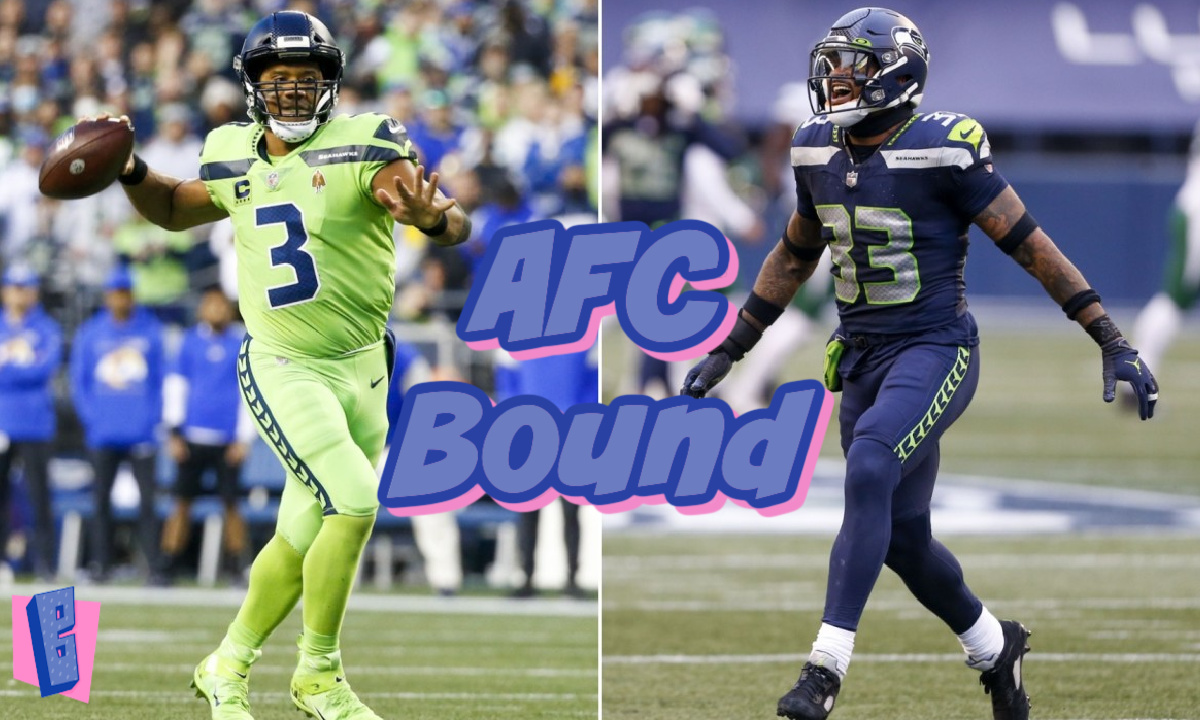 The Russell Wilson trade was inevitable and you can thank Jamal Adams. His deal handicapped the Seattle Seahawks, ultimately forcing their hand. Denver is the big winner, at least this season.

One day ago, the biggest story in the NFL was the suspension of Atlanta Falcons wide receiver Calvin Ridley. He is ruled out for the entirety of the 2022 season for betting on games. That story lasted atop the NFL discussion for, ehh, half a day. By next morning, the biggest news was instead the Green Bay Packers signing (or not officially signing) Aaron Rodgers to a contract that makes him the highest paid player in league history and reportedly guarantees him over $150 million. That story took over the sports landscape…for a few hours? Thank you Jamal Adams for helping Russell Wilson top his former NFC colleague in the headlines.

Later Tuesday, something incredible and predictable happened. It was announced that the Seattle Seahawks will be trading Russell Wilson to the Denver Broncos for a return centered around multiple first- and second-round draft picks, as well as a few young players. We all knew Wilson was on the trade block in a manner of speaking since last season, but this move still came out of left field. We didn’t want to believe it was inevitable, but look what was left around Wilson. Thanks to the Adams trade, the team has simply been stagnant and now looks worse for wear.

While this is certainly a huge haul of a trade, it also feels like a massive underpayment for a player of Wilson’s caliber. Franchise quarterbacks are irreplaceable. Seattle just gave one away for a pretty good tight end in Noah Fant, a rotation pass rusher, and some lottery tickets. Does it seem to you that the Seahawks not only were comfortable moving on from Wilson, but actively wanted to move on?

We don’t yet know what direction the Seahawks are going to take in the future. They are obviously entering a rebuild, but a number of blue chip players still remain on this roster. In a very tough division, maybe they saw the writing on the wall: Wilson is declining and no longer good enough to carry this lacking roster deep into the playoffs. If true, a trade makes sense. Perhaps they still should have gotten a bigger return, but the logical steps are there.

For Denver, this was a no-brainer. The Broncos are also in a very tough division, but with a more talented overall roster than Seattle. A very good (if no longer great) quarterback could be the difference between missing the playoffs and making the Super Bowl this season. There isn’t a single move that can be made in this league that will have a larger impact on winning than upgrading from a mediocre QB to a very good one. The Broncos sacrificed talent and the ability to build early in the draft, but they did just that. I think they are clearly the second-best team in the AFC West now and a true title contender. I’d call that a win.

Russell Wilson has at least three more seasons at or near his peak, meaning a top 10 quarterback in this league. Unfortunately for Seattle, their roster stinks to high heaven and was in no way good enough to justify sinking every available dollar into keeping Wilson. They could not afford him, let alone afford to rebuild a team of quality that could compete for another Super Bowl.

Seattle and Wilson had a good run, but the one mistake you can never make in the NFL is letting a superstar player leave without due compensation. The Packers have to re-sign Aaron Rodgers because if they don’t, he will simply retire and wipe the slate clean. This would allow him to join any team he wants later in the summer. Green Bay would get nothing, so they are doing the best they can. Plus, they have a very good team to support Rodgers. The opposite is true of the Seahawks.

When Seattle traded for Jamal Adams, most people felt they overpaid, but little did we know it would cause the eventual trade of Russell Wilson. The Seahawks traded away nearly identical draft assets for Adams that they are receiving for dealing Wilson to Denver. The Broncos have a strong team and felt they were a quarterback away last season, since injuries kept removing their starter from the field. This is a great move for Denver, because I believe they are right. Because of the Adams deal, the Seahawks desperately needed draft capital to rebuild from within. They were unable to maintain a competitive team around Wilson since they mortgaged the farm for Adams. Here we are.

Wilson had to be traded, because you can’t rebuild with a superstar quarterback. It’s simply not possible from a financial standpoint, especially if you already dealt away all of your draft capital. You also can’t go halfway with a rebuild. Its all or nothing, so this is a great move for Seattle. They get a lot for a great player who needed to go for the good of the franchise. Wilson was their franchise quarterback and now he may have just saved the Seahawks from oblivion. If anyone can perform a single season rebuild, its Pete Carroll.