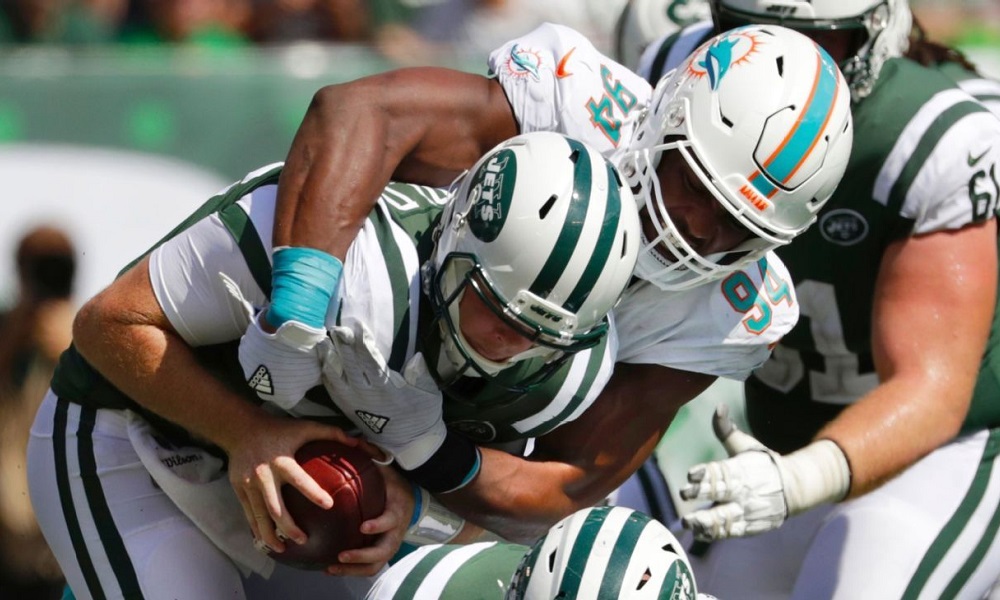 There comes a point in every New York Jets season where fans must admit that reality has failed to live up to fictitious potential. Once in a while reality is better, but usually its loser football.

Growing up outside New York City, I dared to be different. My dad was a New York Giants fan, but I liked the color green and thought I’d follow a different path. I chose the New York Jets and now here we are, caught in a loop of loser football that only sometimes provides a reason to smile.

Sam Darnold is worth smiling for, because he’s shown the potential to be our quarterback for years to come. The same is true of Leonard Williams and Jamal Adams on defense. Both players have shined this season, despite the team’s plunge into obscurity. Great teams need leaders like Darnold, Adams and Williams. The New York Jets have this young core of worthy leaders, yet its still loser football this season. Reality must be acknowledged.

Credit goes to one of my co-hosts on our weekly 3 Man Booth NFL debate show for consistently slapping the “Loser Football” label on the 2018 New York Jets. Bud had it right from the beginning and now my optimism must give way to other things. I chose to focus on the positives in September and early October, and there were many. I chose to believe that New York would fix its problems, but they did not. I’m quite sure that it was not a conscious decision, but the Jets are now tanking and tanking hard.

Technically the Jets are not mathematically eliminated from the playoffs, but let’s be real. Their remaining schedule is brutal in the sense that every opponent is much better than them. Not only that, but the top of the AFC is heavy. New York cannot compete right now. Darnold is injured and Josh McCown spent too much time on the bench to be effective. The Jets are now playing for pride, but as fans we must once again root for a higher draft pick. Wins mean next to nothing. Draft capital is everything.

It’s also worth noting that a significant change in how the Jets are playing could potentially save their current coaches’ jobs. Do we want this to happen? Besides Kevin Greene getting a lot out of his linebackers, who can claim coaching success this season? Darnold is doing fine, but the offense stinks. The play calling is not very good and the running game has zero consistency. Lack of star personnel is a reality, but come on! Good coaches make their players better by putting them in a position to succeed. They motivate, hold them accountable, and play to their strengths. None of this appears to be happening.

I’ve been a big proponent of giving Todd Bowles five years to get it right, yet no longer. His team is going nowhere and I don’t think he’s on the same page as his coordinators. A fresh voice is necessary to ignite this young football team. Loser football is unacceptable, and the closest these Jets have gotten to the playoffs was in Bowles’ first season with the team left behind by New York’s former coach. Complete the rebuild and let Darnold change what it means to be the Jets. We’re only part way there.

More BuzzChomp: The Walking Dead Hit Reset on the Show