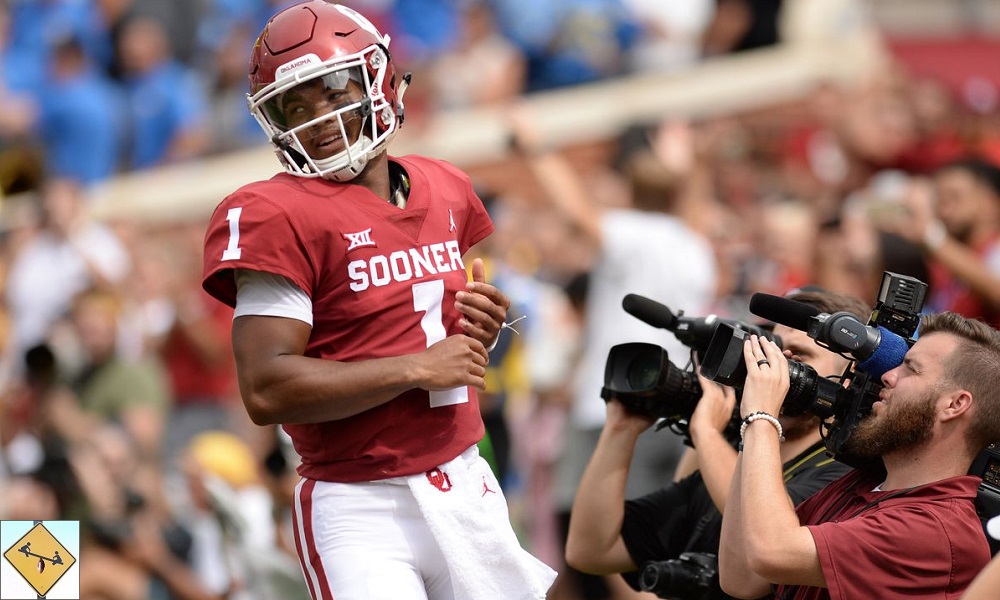 The 2018 College Football bowl games are full of wild stories, from players skipping to sponsorship surprises. Kyler Murray the MLB star is still true, and the headliner.

College football bowl season is mostly about the four-team playoff at the end of the month. No other outcomes really matter. It’s why we continue to see star players voluntarily sit out their own non-playoff bowl games. This year, Will Grier, Greedy Williams, Ed Oliver, and others have already declared their intention to pass on their respective games in favor of preparing for the NFL Draft. Nick Bosa took things even further when he departed Ohio State’s active roster back in October. It was a fascinating decision that will likely pay off for Bosa, projected as a top-five overall pick. But could OSU have been better in the eyes of the committee with Bosa wrecking havoc once healthy? Grier, Oliver, and company aren’t hurting the playoff chances of their own teams. That’s already over, but some folks still likely think of this as a form of abandonment.

Focusing on the players NOT playing is wrong, though. We have a number of fun storylines still to follow with the “other” games that will be played. First thing that caught my eye about this year’s bowl slate was the fact that the San Diego County Credit Union no longer sponsors the Poinsettia Bowl. It now has the Holiday Bowl, and I’m not a fan. Redbox now has its own bowl too, the Redbox Bowl! And it’s a pretty great game. Redbox got Michigan versus Oregon. Go figure. …Check that. It’s Michigan State versus Oregon. This makes more sense. Oregon quarterback Justin Herbert is worth eyeing regardless. With Bosa and Oliver resting, Herbert could form his case for being the top pick in the NFL Draft by showing out in this contest.

Last week, we pointed out how the Heisman trophy should have gone to the better performer between Tua Tagovailoa and Kyler Murray in the national semifinal between Alabama and Oklahoma. Murray won the real thing, which is fine. Is Kyler Murray now officially crazy though for passing up a chance at the NFL to focus solely on Major League Baseball? Not since Charlie Ward have we seen a kid win the Heisman and then peace out to a completely different professional sport. Imagine if Murray takes the Heisman AND the national championship and still never plays football again. He, reportedly, will stick to his original agreement despite the success he has had in 2018. Just wild, and I’m not sure he’s wrong. It remains to be seen how he would fit onto an NFL roster, not to mention the health concerns that aren’t so prevalent in the sport of baseball. Of course, the dude has to work his way through the minor leagues. He isn’t going to be cleating up next to Matt Chapman in game one.

It makes too much sense for future NFL draft picks to skip their bowl games, or the end of the regular season, that this trend will only intensify. With college football players getting paid zero dollars, every NFL prospect must look out for their own interests. No one else will. Unfortunately, this hurts bowl season. Thankfully, the honor of winning a national championship carries enough weight that those players are not skipping. Since college football is all about team spirit, the games we get still pack a ton of punch.

ALSO ON BUZZCHOMP: The Evolution of Christmas (New Video)

The main story is of course our Heisman Trophy winner, who is still sticking to baseball. Murray has a Major League Baseball contract and is smart to stick with it. Despite being the “best” player in college football this season, there are few guarantees of his NFL success, especially at the quarterback position. NFL careers are short and unforgiving. MLB careers tend to be long and full of reinvention. Players swap positions, reinvent their batting styles, and blossom at all different points in their careers. The minors are no longer a long slog, as the best players shoot up in under three years.

MLB contracts may be smaller on average, but I’m betting the Heisman Trophy winner finds plenty of opportunities to earn some cash off the field. There are few athletes who can claim to have done what Kyler Murray is doing. Stick with it. I love this story!