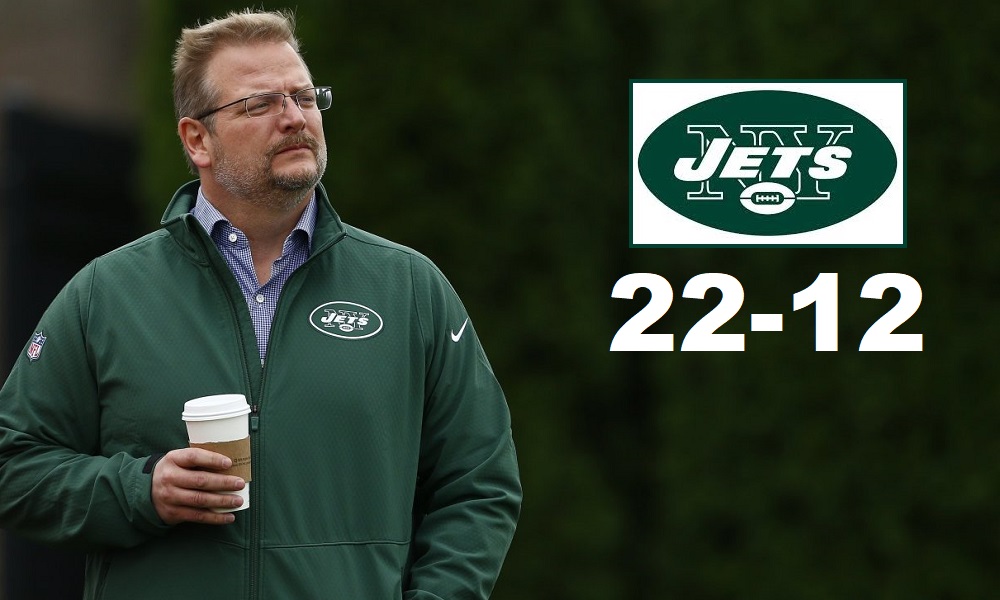 Crazier things have happened, but Todd Bowles will likely be replaced as head coach of the New York Jets. What about GM Mike Maccagnan? Here’s why he needs to stay.

No two NFL jobs are created equal, with a position on the New York Jets being harder than most. The media and fans are unforgiving, ownership is often lacking, and a history of stink remains around the green and white. Thankfully, the Jets are re-branding in 2019, hoping to shed the bad energy surrounding the current logo and design. Will the team itself rise to meet this new age of football?

Ownership hit a minor refresh last year. The coaching staff is about to get another new look, hopefully for the final time in the near future. What needs to stay the same is Mike Maccagnan. New York’s general manager is two-thirds of the way through his rebuilding plan and the Jets’ roster is currently an open book. The team must allow Maccagnan to finish writing his story, because a new man in charge will want to tear out the pages. This is foolish, considering the groundwork already set by the current GM.

My instincts told me Maccagnan had done a good job with the Jets, above average and on the path to sustainable success. But we must look at all of the moves he made, in order to properly place a vote of confidence in his body of work. NJ.com did an excellent job of grading every prominent move Mike Maccagnan made with the Jets, but don’t let their specific opinions sway you. Simply count up the hits and misses. Below are the details on his body of work.

First, I’ll give you Maccagnan’s tally in terms of hits and misses. Picks from rounds 3 – 7 are considered a single hit or miss, while each player drafted in rounds one and two are considered individually. Then I’ll dive into the milestones that placed me on the Maccagnan bandwagon. Why do the winning moves overshadow the major misses? Our current team core holds the answer.

Overall, his big free agent signings have all worked out. I say this because its easy to excuse several of the major misses. Signing Revis and Cromartie in an attempt to recreate the defensive backfield which the Jets dominated with a few years earlier is understandable. Plus, Revis is and was a Jets legend. Re-signing Fitzpatick also made sense, despite the manner in which the process got screwed up. This year’s free agents have not worked out, but injuries are impossible to predict. I did not include Trumaine Johnson on the list of misses because he has played well since finally getting healthy.


When you nail the biggest draft picks and biggest long shots in the draft, while succeeding more often than not in free agency and with trades, you have done well. Mike Maccagnan has done well. He attempted to go all the way, then was forced to quick start a full rebuild. The young and successful core of the New York Jets is a testament to his success. Most of the pieces which don’t fit are about to become free agents. Many of the players left off this list are solid contributors with red flags, like Robbie Anderson and Quincy Enunwa. Keep Mike Maccagnan and let him finish what he started.