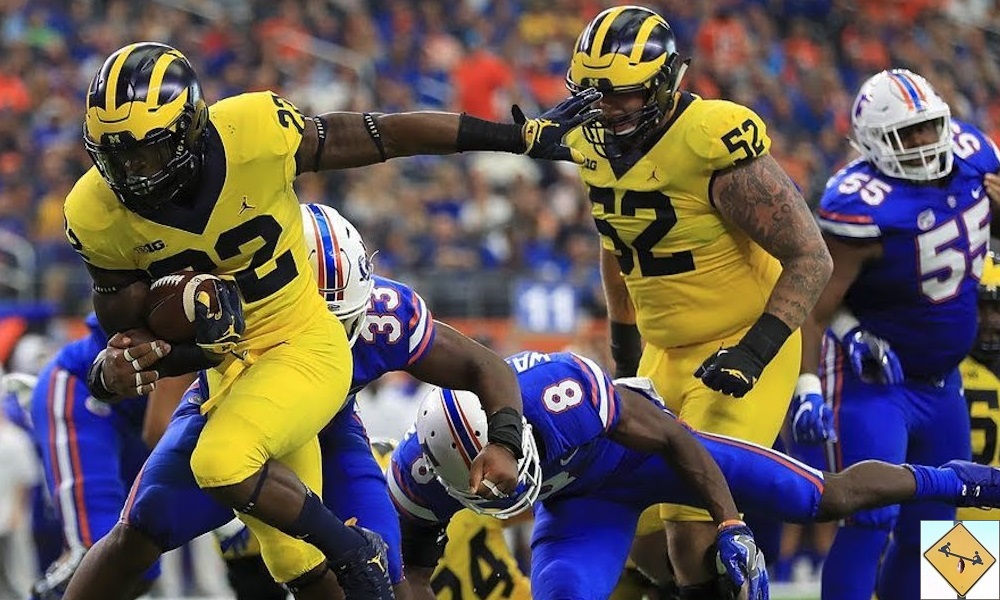 Don’t let the odds fool you, because your best College Football Bowl picks are clear as day. If getting lots of points intrigues you, then prepare to lose.

The odds have been released for the entire college football bowl slate. Both semifinal playoff matchups are double-digit contests according to Caesars. That doesn’t necessarily mean the committee chose the wrong opponents for Alabama and Clemson. That pair has simply stood above the rest of the country for years running now. What does that mean for our College Football Bowl Picks 2018-19 edition? Let’s just say the favorites are favored for a reason.

I can’t help but think that maybe Georgia would have supplied a better opponent in the final four. The Bulldogs are massive favorites in the Sugar Bowl against Texas. Of course, the only thing I wanted to see was a healthy UCF face someone in the playoff. That wasn’t meant to be even before the committee ignored it for the second year running. McKenzie Milton’s horrific injury was the bigger blow. And the Knights are now double-digit underdogs themselves against LSU in the Fiesta Bowl. I’m avoiding both games in terms of my picks.

The Virginia Tech Hokies needed to schedule a tentative hurricane makeup game, beat UVA, and then beat the makeup game opponent to extend the nation’s longest, active bowl streak. We did it! Hokies will now get stomped by Cincinnati in the Military Bowl to finish 6-7. Give the five points and back Cincinnati.

In the only games that matter, I’ll take Notre Dame +11.5 and Alabama -14. On a side note, shouldn’t the Heisman Trophy have been decided by the player who performs the best in that second semifinal? Right now, we have a pretty even debate between Tua Tagovailoa and Kyler Murray as being the best player in the country, despite Murray winning the Heisman. They will soon play each other for a berth in the national championship. What could be more perfect?

It’s finally college football bowl season! This is by far my favorite part of the college football season, even if only three bowl games count for anything. I know we must respect the favorites, but I’m highly skeptical of blowouts in either of our National Semi-final games. Give me those points! I’m taking Notre Dame +11.5 and Oklahoma +14 points. We likely get Alabama versus Clemson in the championship game, but not by these margins of victory.

Is Marshall really better than South Florida in the Bad Boy Mowers Gasparilla Bowl? I’ll take South Florida +2.5 in what is practically a home game at Raymond James Stadium in Tampa, Florida. And yes, I included this game in our best College Football bowl picks because I wanted you to read “Bad Boy Mowers” something something. It made me smile.

I really like Michigan -7.5 versus Florida in the Chick-fil-A Peach Bowl. The Wolverines dominated much of the season and will have little trouble dispatching with Florida in this football game. You can give the points in the Rose Bowl and Sugar Bowl as well. I’m taking Ohio State -6.5 and Georgia -11 respectively.


There are a ton of great games to watch and wager on this bowl season, but these were a few of the standouts. Check back on BuzzChomp for our biggest surprises of the 2018-19 College Football Bowl games. Can anyone say Redbox Bowl?