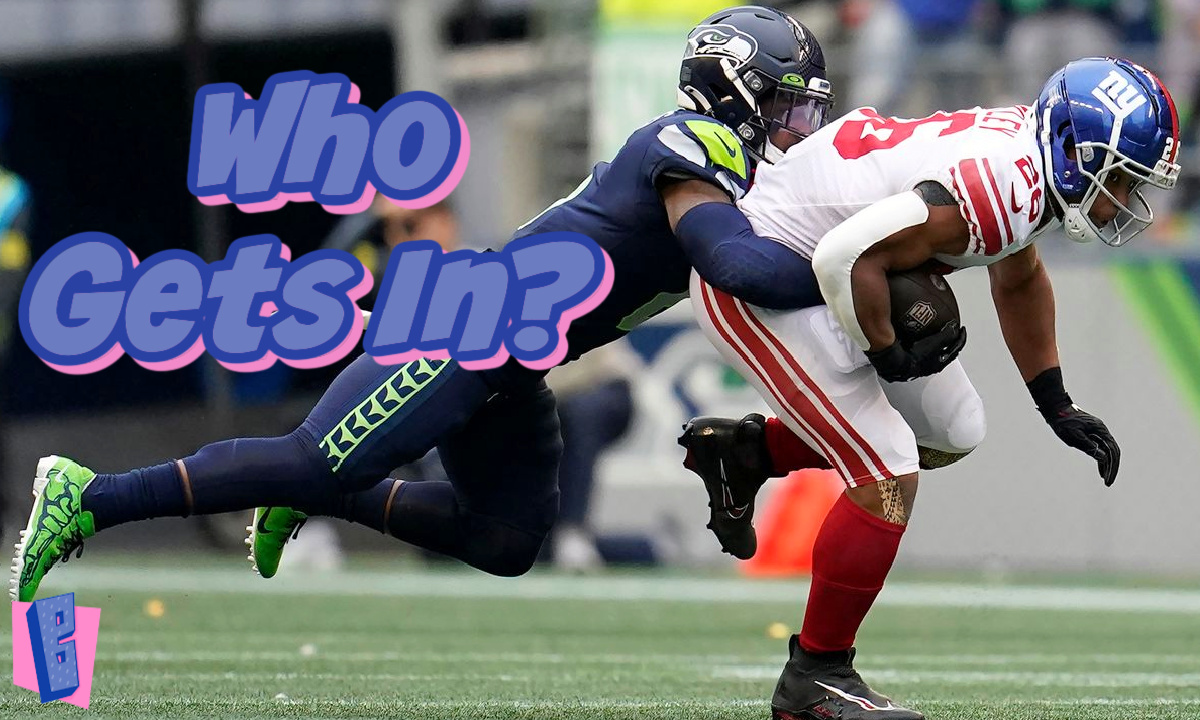 Multiple teams are not bad, but actually very good this season. These 5 NFL overachievers are in playoff position, but who actually gets in? Are they as good as advertised?

Surprise contenders abound in the NFL this season. We spoke of the parity around the league previously and how tightly bunched the standings feel. That is partially thanks to a rather large number of projected bad teams actually being good. Call them NFL overachievers.

It could be argued that underachieving teams have actually been the more surprising aspect of the 2022 season thus far, but there is no doubt that this quintet has played a large part in the parity we are witnessing. Only 11 teams were given an over/under line lower than 8.5. In other words, worse than a .500 record come season’s end. Of those 11 supposed worst teams in the sport, here are five who are legitimately in the postseason hunt.

So who ya got? If choosing between these greatest of NFL overachievers, (A) which is the best team of the group, (B) which one has the best chance to make the playoffs taking all aspects into account, and (C) how many will actually be playing postseason football?

NFL Over Reaction to Week 12

Todd Salem: 3 of 5 Make the Playoffs

For me, (A) is the Jets. They have a top five defense in the league, a unit better than any unit on any of these other squads in this discussion. They also have an offensive ceiling that stands out from everyone other than Seattle. Atlanta, Washington, and the Giants are getting nothing out of the passing game week to week and are just trying to control the game on the ground and by limiting turnovers. With Zach Wilson at quarterback, the Jets were the same. But with a change in leadership, the NYJ offense has the ability to score and move the ball in multiple ways. Only Seattle can say the same.

However, (A) and (B) aren’t necessarily one in the same. First, we must look at the playoff picture. Right now, the Jets (7th in the AFC), Giants (6th in the NFC), and Washington (7th NFC) hold playoff positioning. Seattle and Atlanta follow at 8th and 9th, respectively, in the NFC standings. There are a lot of games remaining, including these teams playing each other a good amount in various matchups.

My likeliest playoff pick is Seattle. The Seahawks split the difference between everything under consideration. First, they are pretty good. They may be the best or second-best team of this bunch. Second, they have the opportunity to either make a wildcard or win a division. Teams like the three current playoff position-holders are very unlikely to vie for the latter. Third, Seattle’s remaining schedule is pretty nice compared to their peers.

Which brings us to (C). The thing about overachieving is sometimes the scales balance out before the season reaches its conclusion. According to that strength of remaining schedule work done at tankathon.com, three of the five hardest remaining schedules in the league belong to NYG, NYJ, and Wash. That doesn’t bode well for a playoff hunt. Having four of these teams in the NFC certainly muddies the waters as well. And the fact that the Giants and Washington will play each other (twice!); as will Seattle and the Jets.

Having said that, I think three of our five teams make the postseason: Seattle, the Jets, and someone else. I don’t feel great about any of the other three, but mathematically, one of them is going to get that final wildcard spot. There just isn’t anyone else vying for it really. And how fun it would be! Cinderella stories sometimes end before everyone is finished dancing, like, you know, in the story of Cinderella. But if three of our surprises keep the surprise going into January, that would be quite a feat.

Dan Salem: 3 of 5 Make the Playoffs

This is a loaded set of questions and it’s certainly difficult to ignore recency bias. The Jets are coming off a huge win, while the Giants just flopped. Seattle has also been struggling, while their division rival 49ers have been rolling. Atlanta hit a road bump of its own, while the Commanders have been playing great. Opponents certainly factor heavily into these teams’ current successes and woes. Who these teams play over the rest of the season will also influence their ability to make the playoffs. No duh. But we must ignore both to truly answer these questions about the current NFL overachievers.

Our best team (A) is the New York Jets. No one in this group has a great quarterback, even though Geno Smith is playing great for Seattle. The Jets have a great defense and stars on offense. They likely have the rookie of year on defense and perhaps on offense as well, depending on how the remainder of the season goes. Every team here has a smattering of great players, but the ceiling is well defined for all of them but the New York Jets. If one of these teams is a slam dunk to reach 10 wins, it’s the Jets. They are the best.

Unlike you, my answer is the same for (A) and (B) because the best team is most likely to win the most games. The Jets and their stellar defense will hold off the likes of New England, Los Angeles and Cincinnati/Baltimore for an AFC playoff spot. Heck, they can legitimately win their own division, sitting only one game back entering week 12.

Washington and the Giants have zero chance of winning their division and may be doomed by the strength of their division. They play amongst themselves a ton down the stretch and Philly and Dallas are very good. Atlanta is similarly positioned to come up short. The only reason they are in this conversation is because Tampa Bay has struggled. I don’t see the Falcons winning a wildcard spot, or topping the Buccaneers for the division title. Seattle remains an enigma, because I’m simply not sure they can keep it going. When they face the Rams (twice), will they get a good opponent or bad opponent? I can see the Seahawks snatching a wildcard spot, but not the division from San Francisco.

As you can likely tell, I’m not as high on the playoff hopes of these teams at the moment. All of them have come to earth quite a bit, and I’m not buying the Commanders’ win streak. In terms of how many make the playoffs (C), I believe three of these teams get in, because it’s almost mathematically impossible for fewer than two of these NFC teams to qualify.

The Jets win a wildcard spot in the AFC. Their defense is simply too good. Things in the NFC are harder to predict. My gut says the Giants get into the playoffs, but damn their schedule is hard going forward. Seattle and Washington will finish with winning records, but one comes up short of the playoffs. It’s the Seahawks who will prevail over Washington. We won’t be seeing the full AFC East and NFC East in the playoffs. Not this year.